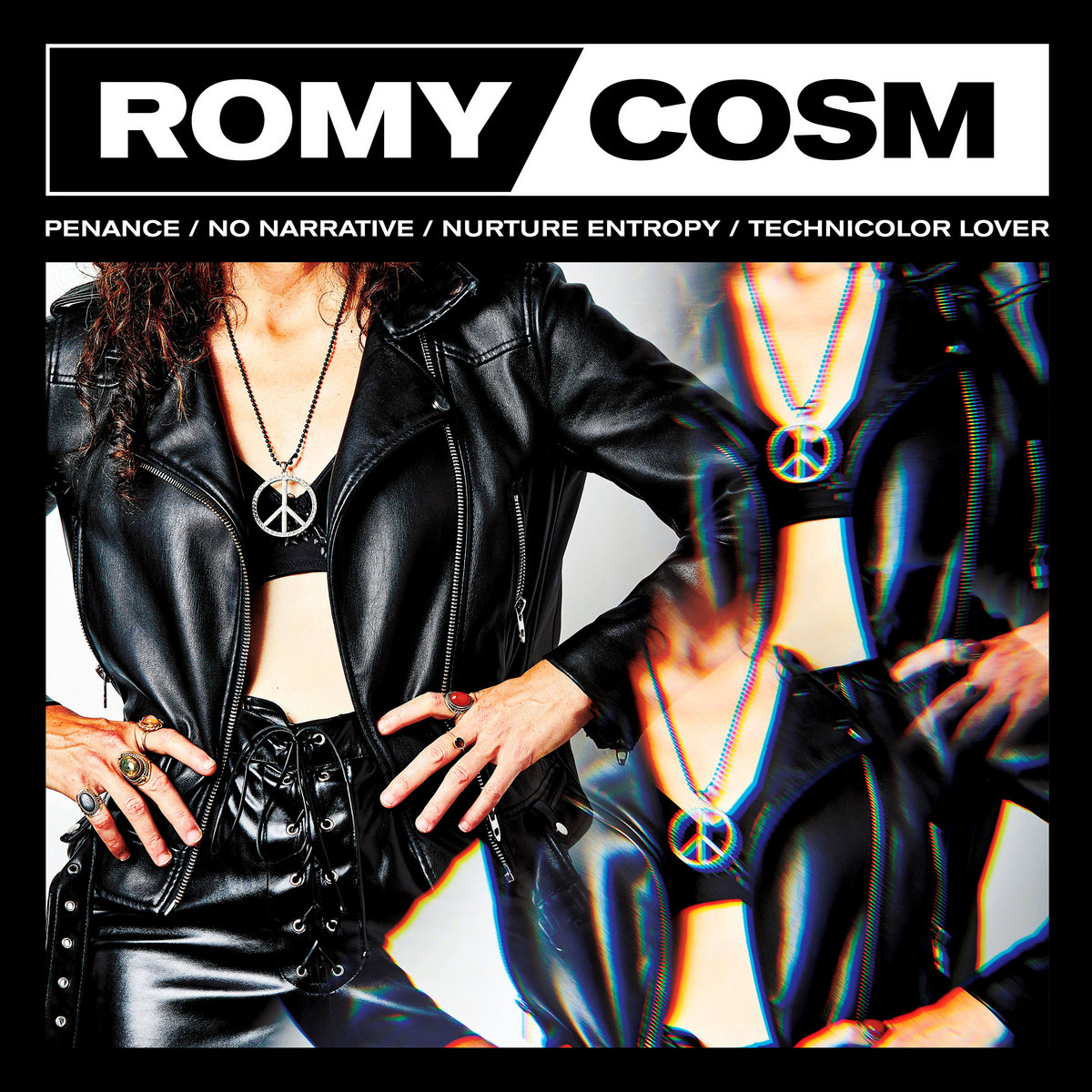 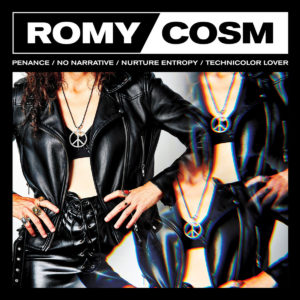 Romy
Cosm
CLIMAX!
We quite enjoyed LA synth artist Romy’s 2019 debut LP Celluloid Self; the varied sounds touched on from EBM, minimal synth and darkwave sources proved to be an excellent showcase for Romy’s own persona as a performer and producer. New EP Cosm is a broad continuation of that flavour, packing in a host of ideas and presentations of Romy herself into four tracks. The first two are Romy at her most accessible; Penance weds an ascending synth motif with a classic mid-90s industrial rock groove and punchy chorus, while “No Narrative” taps into the middle ground between Adult. style electro and classic body music sounds with Romy acting as sneering vocal task-mistress. The latter half of the EP goes slightly more crossover DJ friendly, with “Nurture Entropy” as a high-tempo techno-adjacent bubbler and closer “Technicolor Lover” as a groovy slice of funky electro, snappy snares and crispy hats defining its rhythm. More important that any specific style touched on is how Romy presents herself across the four tracks, sliding effortlessly between quantized recitation and biting accusation as the track requires, demanding the listener’s focus effortlessly through sheer force of personality. 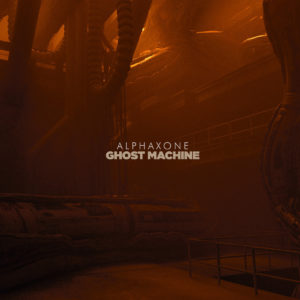 Alphaxone
Ghost Machine
Cryo Chamber
Prolific Iranian producer Mehdi Saleh’s work as Alphaxone has always shown a yen for the cosmic side of dark ambient, cleaving to deep and sustained drones. But even by those standards, new LP Ghost Machine is a markedly minimal record in terms of composition, placing an absolute premium on sound design. Thematically connected to an abandoned spacecraft (a remarkably concrete conceit by Alphaxone standards), the tracks here establish and sustain simple beds of drones, with shifting gusts of ambiance – scrapes, chirps, drips, echoes – propelling the majority of the pieces. Given how large and distant in scope Saleh’s records have been, it’s fascinating to hear him zoom on the smaller and more tactile sounds, whether it’s the radio static which skips across “Substance”, the creaking metal of “Underneath”, or the rhythmic hammering of “Aftershock”. Not until last track “Dissolution” do the deep waves of cosmic radiation which have been the ur-source of Alphaxone return, eventually ascending into some lovely kosmiche programming.