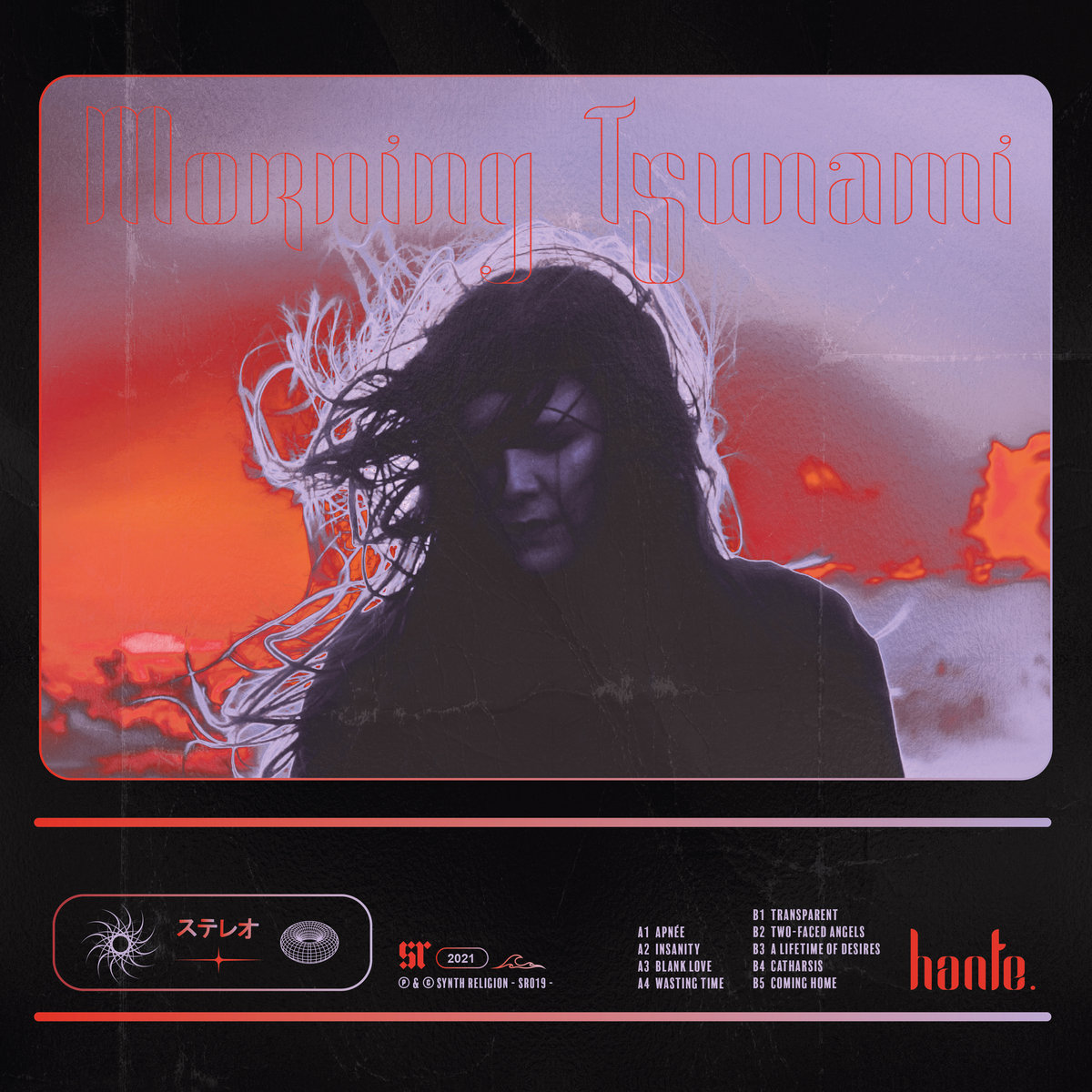 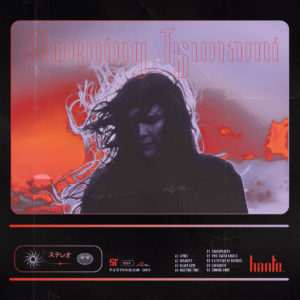 Hélène de Thoury’s first records as Hante. were released at approximately the same time has those of her collaborative project with Amandine Stioui Minuit Machine. Since that project’s return from hiatus a few years ago, the distinction between them has become a bit easier to identify; while de Thoury is responsible for songwriting and production of each project, Minuit Machine has become more of a vehicle for harder, more industrial and EBM tinged compositions, where Hante. has pushed deeper into moody, electronic darkwave. New album Morning Tsunami deepens de Thoury’s approach to the latter style, arranging tracks around slow-burn builds and payoffs.

It’s an approach that is double edged in practice, where often the best or most memorable part of a track doesn’t arrive until well into its runtime. See the tweaky synthline that accompanies de Thoury’s half-sung, half-spoken vocals on opener “Apnée” or the mournful synthline at the climax of “A Lifetime of Desires”. While powerful because of the long lead-ups to their introduction to the songs, there’s a sense that a lot of each track is just preamble. Delayed gratification can be very powerful in songwriting – see how the appropriately titled “Catharsis” grows in intensity as it approaches its texturally rich finale – but there are certainly tracks on the record that feel like they’re taking their time to their own detriment.

With that said, de Thoury delivers a few absolute stunners where she introduces a key element early and then changes its context over the course of the track. Chief among these is “Wasting Time”, where a simple delayed piano loop introduces the song’s melody is inverted, taken apart and reassembled around elastic bass, timbrally rich reverbs and proggy synthesizer sequences, not to mention one of the album’s best moments vocally. “Blank Love” succeeds with a comparable approach, moving from a simple kick drum and arpeggio to a much larger and darker field of pads and squelches that echo the song’s more minimal opening with more impact.

In the end Morning Tsunami is something of a mixed success, with some songs making the most of the slow builds, where others meander. To Hante.’s credit the production and sound design has plenty of depth and carriage, offering the listener something to cling to in the record’s more wayward moments. It’s best moments remind us of Hélène de Thoury’s status as a premiere producer and performer of modern darkwave.