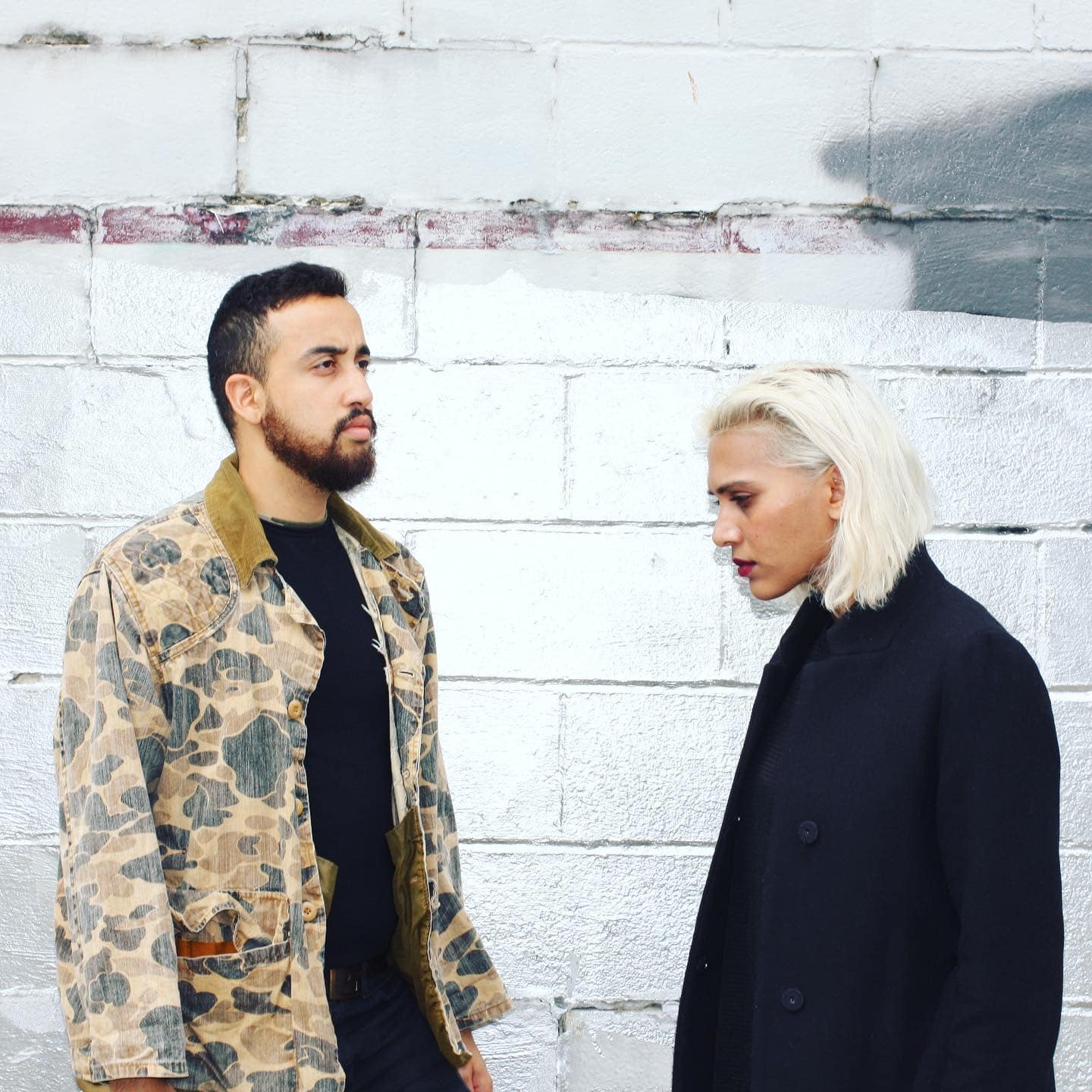 One of the reasons we founded I Die: You Die back about a decade ago was the desire to see more quality writing about the music we enjoy. One of the earliest kindred spirits we met virtually after founding the site was Andi Harriman, who at the time was completing her book Some Wear Leather, Some Wear Lace. We bring this up because this past week DJ Mag posted an Andi scribed piece regarding Coil’s Love’s Secret Domain, and we were so pleased to see a quality writer, with an understanding of the history of this music get to do that piece. It’s a sign that in some ways things are better now than they were ten years past, and that’s something worth noting. 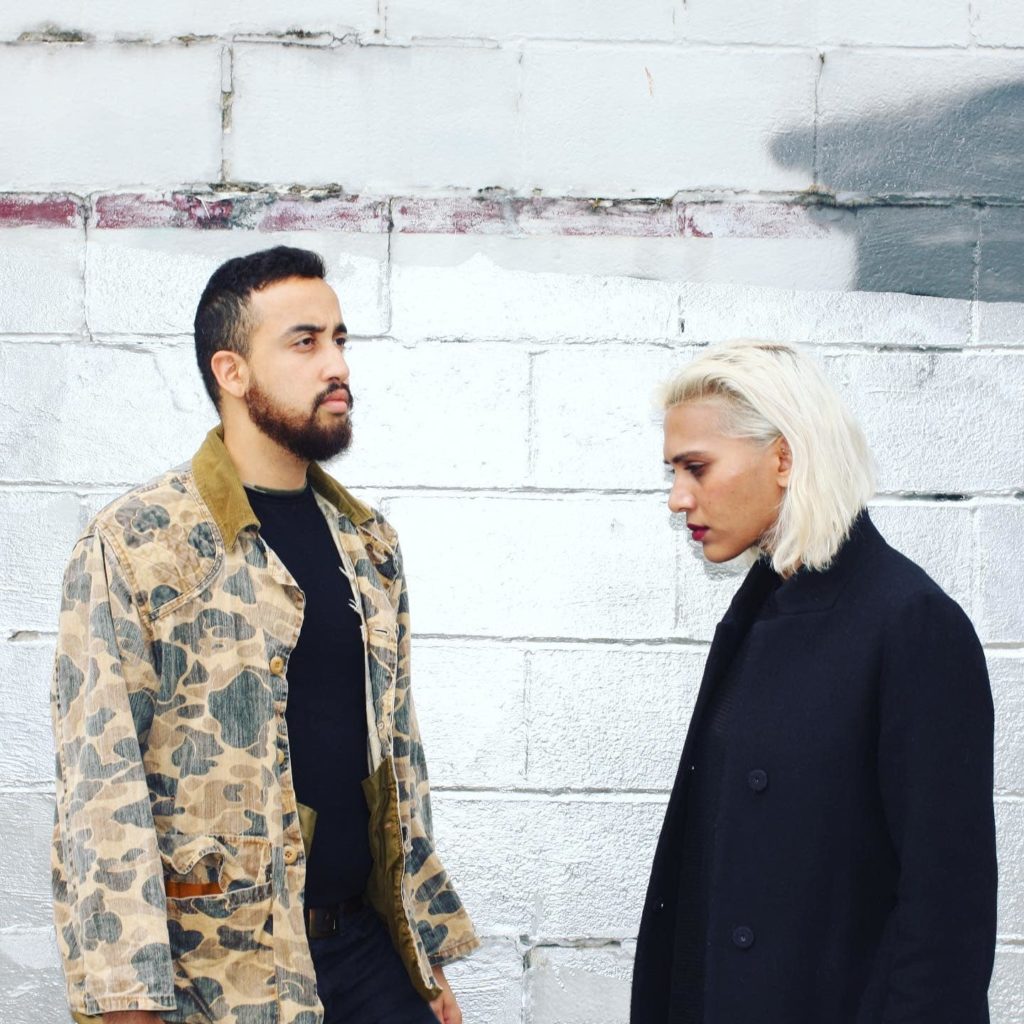 HIDE, “Nightmare”
Less than a minute long, and easily one of the most genuinely industrial things we’ve heard in 2021. Leave it to Chicago duo HIDE, who have been one this website’s favourites since their emergence a few years back; both for their gutting live shows and the uncompromising and unnerving sound of their recorded material. Despite its brevity, “Nightmare” (and the accompanying video clip) might be the best explanation of HIDE’s appeal yet; sharp, shocking, livewire tense and cathartic, it’s the sound of an act digging deep into the ugly and difficult and holding it up for all to see and hear.

Nuovo Testamento, “Michelle Michelle”
Deathrock folk going synthpop and vice versa is more common than you’d think (as much of the turn-of-the-millennium post-hardcore scene will attest). After an enjoyable EP of nodding but gloomy darkwave, the Italo-American supergroup Nuovo Testamento look to be heading in an even bouncier direction with forthcoming LP New Earth. Lead single “Michelle Michelle” is a proper Italo disco corker to which you’d be hard-pressed to find a link with Horror Vacuii, Crimson Scarlet, or any of the other morbidly-minded acts its contributors normally work within.

Hallows, “All That Is True Dies”
Some nicely murky and dreamy darkwave from new-to-us Seattle duo Hallows. Digging the slowly emergent rhythmic structure of the tune, as well as the textural contrast between the vocals. Nailing the gauzy atmosphere on a tune like this will take you pretty far, but being able to unfold and develop that mood is especially promising.

Pixel Grip, “Demon Chaser feat. MONÃE”
You know we usually like to link to a Bandcamp release here at Tracks, but the video for Pixel Grip’s new joint is something we can’t not post in this space. The Chicago group has impressed the hell out of us with the pre-release singles from the forthcoming Arena and “Demon Chaser” is no exception: a collab with fellow Chicago musician MONÃE, the track splits the difference between modern darkwave, hyperpop, weirdo r&b and a few other sounds to boot. Just watch the video, okay? We’re excited for this LP to drop.

Infravision, “Illegal Vision”
Pablo Bozzi (Imperial Black Unit) and Kendal Mulla’s collaborative project Infravision makes what they call “italo body music”, which as you might surmise is a union of classic italo and EBM sounds. Damn if they didn’t nail that on the title track from their forthcoming LP ILLEGAL VISION (due May 31st on Fleisch). Synth bells, rhythmic chants, muscly bass and big pads come together to form a song that sounds like it was made for driving fast on rainy, reflective city streets at night.

Alphaxone & ProtoU, “Dreams Of Solace”
Two of the strongest artists on Cryo Chamber’s dark ambient roster are teaming up once again for Back To Beyond, the follow-up to 2017’s Stardust. Few artists nail the deep, spacey sweeps of the genre’s more cosmically-minded style as Iran’s Alphaxone, and Ukrainian producer ProtoU has a preternatural act for adding human warmth, and detail to a nominally austere and cold field. Both projects’ strengths can be ferreted out on this preview track, full of depth and movement.