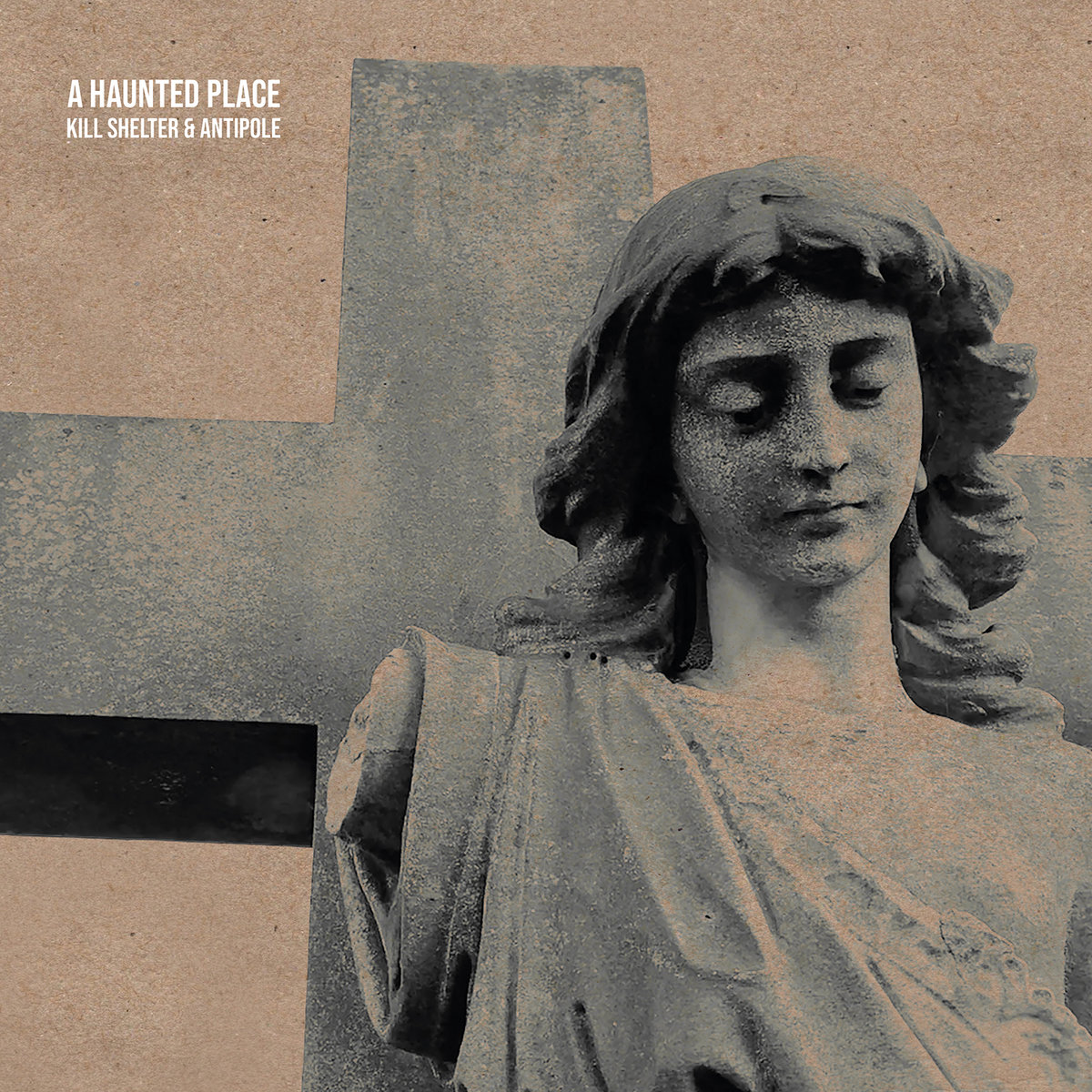 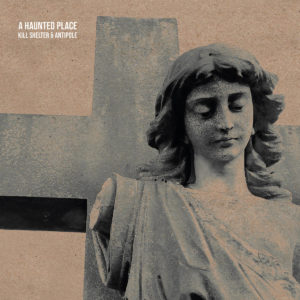 Kill Shelter and Antipole’s team-up effort A Haunted Place does quite a lot to highlight each post-punk act’s own character over the course of its eight tracks. Where Karl Morten Dahl’s work as Antipole has often favoured open song structures that unfold in at their own pace, Pete Burns’ largely collaborative catalogue as Kill Shelter is generally tightly focused on individual sounds and ideas as the song requires. The two meet in places that contrast and compliment one another, sometimes finding common ground, and sometimes supporting the other act’s approach.

Earlier tracks on the record certainly have the Kill Shelter flair to them. Goth-rock club bid “Raise the Skies” and the bass-driven reverb-riffage of “Burn Bright” are weighty but spry, with well-paced drum machine grooves and deep-voiced vocals from Burns, easy choices for those seeking playlist or dancefloor fodder. Later in the record “Of Roses and Thorns” hits the same mood but with even more grandeur via its swelling dual-guitar attack, establishing a filligreed lattice of notes that sounds both steady and ornate.

Interestingly, closer reads of the album start to reveal the influence of Antipole, specifically in some of the more delicate touches. While the Norwegian act has many of the same darkwave markers as their UK compatriot, their application is often looser and more open to letting songs form around a simple bass groove. You can identify it in the sparseness of the skeletal “A Kiss In the Rain”, or in the breathy atmospherics of closer “Every Waking Hour”, where reversed reverb and slow rolling rhythm push onward with glacial certainty.

Truthfully though, the Antipole and Kill Shelter are like-minded enough that trying to identify which songs originated with each act is largely guesswork. An ethereal number like “Into the Fire” or a groovy head-nodder like “All For Nothing” could hail just as easily from one catalogue as the other, which only serves to highlight the nature of A Haunted Place as a collaborative effort. It’s strengths – good hooks, solid production and healthy dollops of atmosphere – feel like the product of partnership. The quality of the record certainly suggests that the team-up is a fertile one.