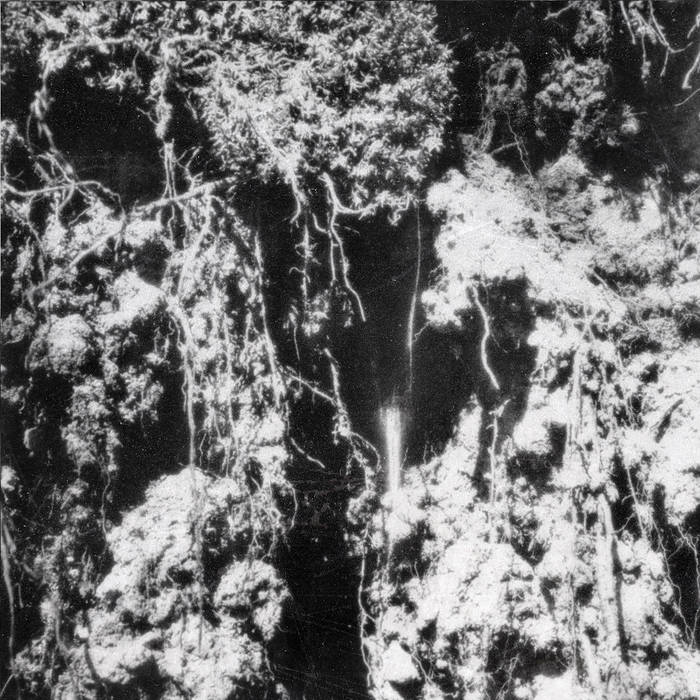 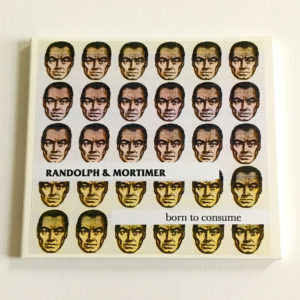 Randolph & Mortimer
Born to Consume
self-released
We here at I Die: You Die are long time are long time proponents of Randolph & Mortimer; the Sheffield based industrial and body music powerhouses have been a regular part of our coverage since the release of their first proper EP $ocial £utures was released back in 2014. That said, we’ve never heard Randy & Mort’s initial forays into music before, which is what makes Born to Consume such a pleasure. Made up of 5 tracks from the 2012-2013 era, one much later free download and one wholly unreleased demo, you can hear influences and ideas that are not necessarily ones we associate with groovy, sample-laden EBM-adjacent tracks that R&M have made a meal of for the latter half of the last decade. Specifically, “The Markets” and “Debt is King” show a significant debt to vintage Ministry, with the former playing as an inversion of “N.W.O.”‘s sirens-and-chopped-up-riffs and the latter working a Barker-esque bassline and vocal sample to an explosive climax. 2017 era-track “Eastern Bloc” takes a Peter Hook bass riff and works it up into a massive, annihilating groove, ornamented by digital bleeps and crashing snare drums. The contemplative “War Game” is a pleasant enough bit of synth composition and jazzy drum programming, although it’s closer “Legacy of Orgreave (Demo)” that might be the most fascinating thing here; a post-punky synth number with a bit of lo-fi new wave sheen, it’s a lovely and unexpected track unlike anything you’ve ever heard from Randolph & Mortimer before. A really excellent document of one of our favourite acts that inhabits a space well outside our expectations from them, and is all the more interesting for it. 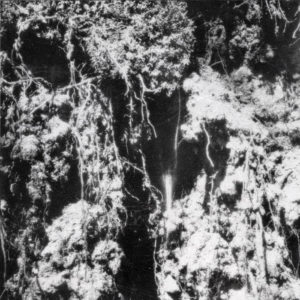 Den Sorte Død
self-titled
Cyclic Law
Don’t let the name (“The Black Death” in Swedish) or the cover art fool you – Den Sorte Død ain’t a death industrial project, nor is it really dark ambient in any traditional sense despite the project’s new LP being released by Cyclic Law. Instead, the collaboration between Denmark’s Offermose and Sweden’s Angst Sessions offers a delicate and elegant take on moody analog synth composition. Too earthy to be kosmische, too willowy to be dungeon synth, simple but affecting melodies are woven in shimmering and wintry fashion. Spiritual connections could perhaps be found with Witch Root and Pod Cast, but the slow, processional feel of just about every track on this new LP creates a unique and sustained mood. Further afield, Wendy Carlos’ arrangements for “A Clockwork Orange” are brought to mind by the title track’s elegiac march, with shimmering synth pad laments punctuated by deep space echoes. Calming, meditative stuff which manages to be enveloping but not anodyne.