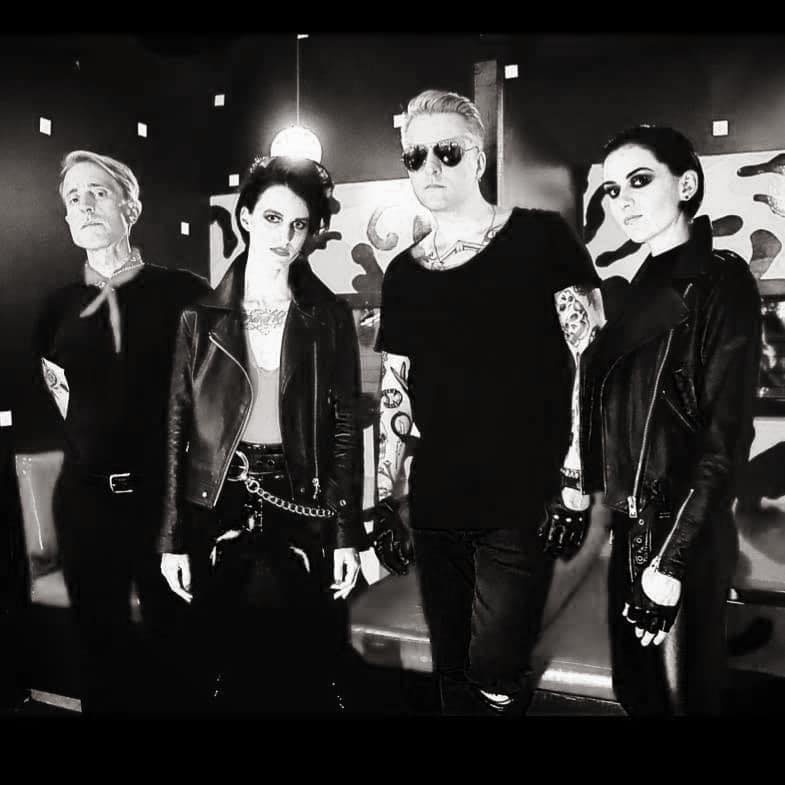 We normally roll our eyes at the “Have a safe and happy Halloween” line parents and teachers would trot out when we were kids to caution us against blowing our hands off with M80s or eating razor blade apples. But for once that stodgy stock phrase actually has some heft and meaning. Hopefully everyone found some way of observing and enjoying Count Chocula’s favourite holiday in a manner befitting this entirely nightmarish (but not in a fun way) year. Sending our thoughts and best wishes to our American friends as they head to the polls, here are this week’s Tracks.

ACTORS are a class act(ors)

V▲LH▲LL, “Hivemind”
Still didn’t get all of your Halloween ya-ya’s out over the weekend? Sticking it out with the spooky stuff for All Soul’s Day or Dia de Muertos? Cool, cuz we have an exclusive premiere of the video for “Hivemind”, the original track appended to last year’s Grim/More remix release. As we were recently discussing, our favourite Swedish Mystery Ghost Vikings have the haunted woods vibe on lock, and they’re doing a great job of rendering that visually with this vid. Do these kids’ parents know what they’re getting up to out in the forest?

ACTORS, “Love U More”
Vancouver’s post-punk sensation ACTORS return with a brand new cut, the first taste of how the band will be following up their phenomenal 2018 debut LP It Will Come To You. Like the material on that LP “Love U More” is a big bass-driven club contender, complete with a big synth melody and buckets of new wave cool, but with more prominent female vocals than we’ve yet heard from the foursome. Expect to hear this on your finer dancefloors, whenever that’s a thing again.

Winter Severity Index, “Purple Lips”
The Senior Staff have very different degrees of familiarity with the Nico catalog – Alex can quote it chapter and verse, while Bruce was scared off at a young age by Nico’s…less than even sit-in with Bauhaus. What they can both agree upon is how well Winter Severity Index pay tribute to the icon with this cover of a tune from her 1981 The Drama Of Exile LP. Simona Ferrucci’s voice is a near-perfect match for Nico’s range, and the stately pace of the original is fleshed out beautifully by Winter Severity Index’s lush but ruminative style of coldwave.

Ministry, “Playground”
You could have heard us sigh from halfway across the continent when it was announced a few weeks back that Al Jourgensen had unearthed still more remixes of the played-out-beyond-salvation “Everyday (is Halloween)” for 2020. Our general distaste for that track aside, the Bandcamp and vinyl release does come with something that even us jaded nerds can get excited for: “Playground”, a massive 11 minute unreleased cut from the Twitch era. And god damn if it isn’t everything we’ve been missing from Ministry; caustic electronics, industrial rhythms, orch hits and nary a guitar to be heard. A pleasant missive from the alternative universe where this was the direction the band followed lo those many years ago.

MOEV, “Imagination”
Halloween is covers season this year! Admittedly we weren’t expecting to hear the modern incarnation of classic Vancouver synth act MOEV take on Xymox’s “Imagination”, but it’s actually pretty fitting stylistically. This hails from the staggering Emergency Hearts compilation, a benefit for Houston nightclub Numbers, and what a line-up it is, featuring cuts from Patrick Codenys vs Machine X, Psyche, Provision, Leaether Strip and more!

Paladin, “Sorceror”
Truth be told, we were sorely tempted to include some trademarked Wizard Disco from Chris Gilbert, AKA Paladin/Mild Peril/Molasar on our hypothetical Halloween mixtape last week. If you haven’t yet checked out any of those projects, “Sorcerer” from the new EP of the same name does a solid job of introducing the aesthetic: funky yet willowy synths calling out to the mystic rather than robotic side of electronics, with healthy helpings of Tangerine Dream and Carpenter influence.