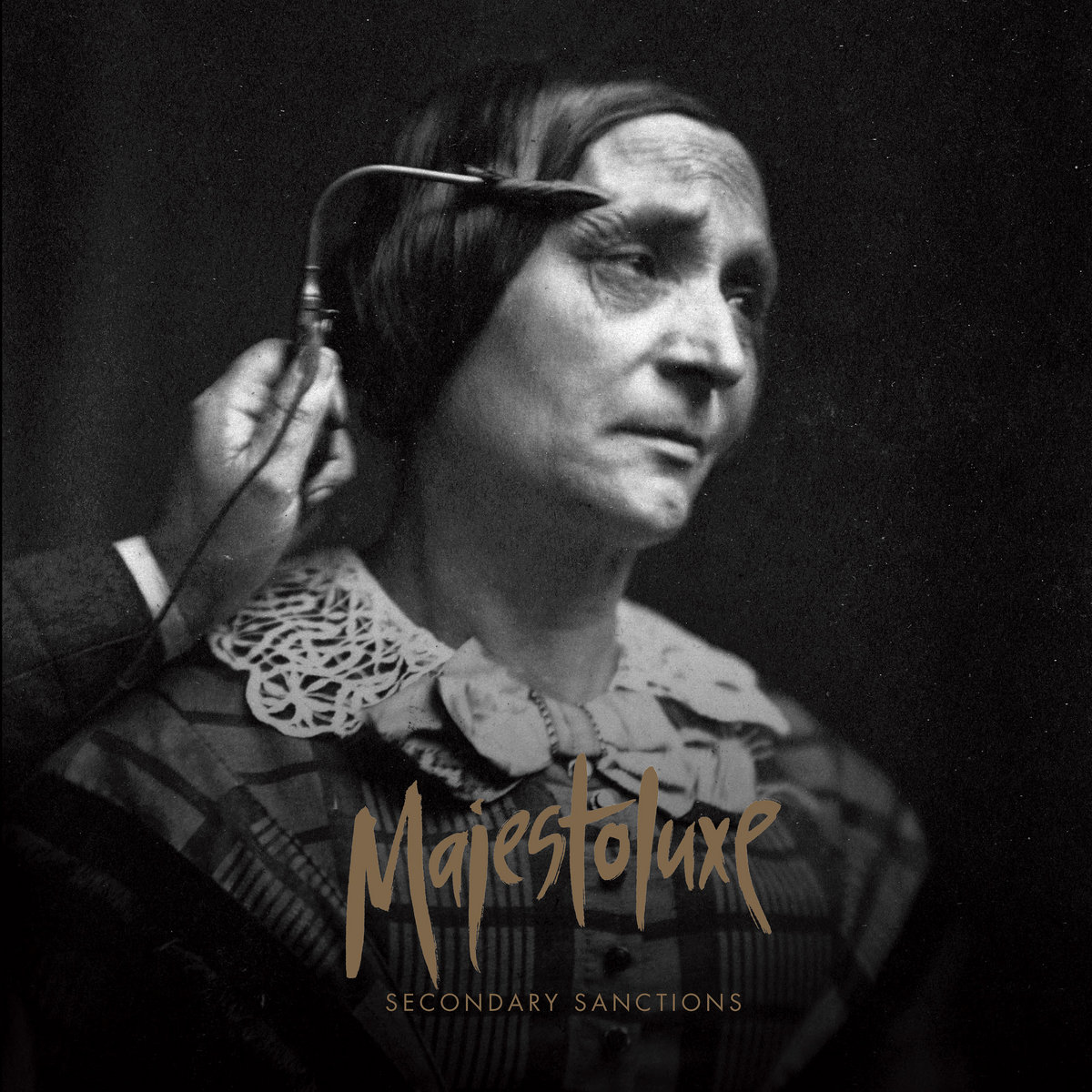 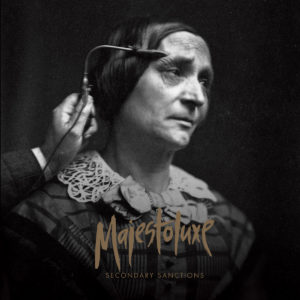 Majestoluxe
Secondary Sanctions
Kess Kill
Kess Kill is rapidly becoming one of the most vital labels for new left of center minimal body music and industrial. Majestoluxe’s debut LP for KK fits nicely into that oeuvre: its eight tracks are simultaneously sparse, rhythmic and above all gritty. “Hedonic Treadmill” plays out like a skeletonized version of EBM, its central looping synthline and thudding percussion evolving through numerous configurations in service of a filthy good groove. Elsewhere “A Distinction Without a Difference” summons up keening drones and hissy snares to create an old school industrial vibe abetted by alien vocal treatments. Instrumental “Geosmin” takes a similar tool-set but builds it around a rolling tempo and distant squeals that sound for all the world like a ghost train chugging across a blasted landscape. Hell, the excellent “The Great Great Rift Rift” approximates early dark electro, the loose assemblage of synth patterns and drifting reverbs summoning the Klinik to mind as producer/performer Conny Fornbäck archly intones “Continental drift will tear us apart again”. It’s solid stuff all the way through, as diverse and surprising as it is consistent. 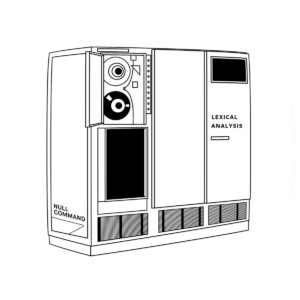 Null Command
Lexical Analysis
self-released
Do you miss your office job yet? Without going off on a rant about late-stage capitalism and Stockholm Syndrome, Victoria’s Null Command are here to remind you of what untangling Cat 5 cable and waiting for servers to reboot feels like. The analog synth duo’s latest release is comprised of “live improvised development culled from several Twitch broadcasts”, so it’s very much the product of recent events, but it’s still rooted in a throwback world of mainframes and itchy upholstered swivel chairs from decades before open-floor plans or “code ninjas”. The space and time given to the quivering timbre of their analogs of choice puts the core sounds of Null Command in close proximity to Solvent, but while Jason Amm’s brand of nostalgia points to a dreamy, pixelated wonderland, Null Command’s tracks yield no transcendence, musically or thematically. The low, furtive pulses of “Token Exchange” and “Use After Exception” skirt about with sprained nerves, falling into methodical rhythm but never becoming comfortable or soothing. To paraphrase Achewood, Lexical Analysis smells of copier toner and rye poorly masked by afternoon coffee. Null Command’s mission may, in part, be to render alien the quotidian and banal office landscape, but as luck would have it their ethos now feels twice removed from the present day to day grind.