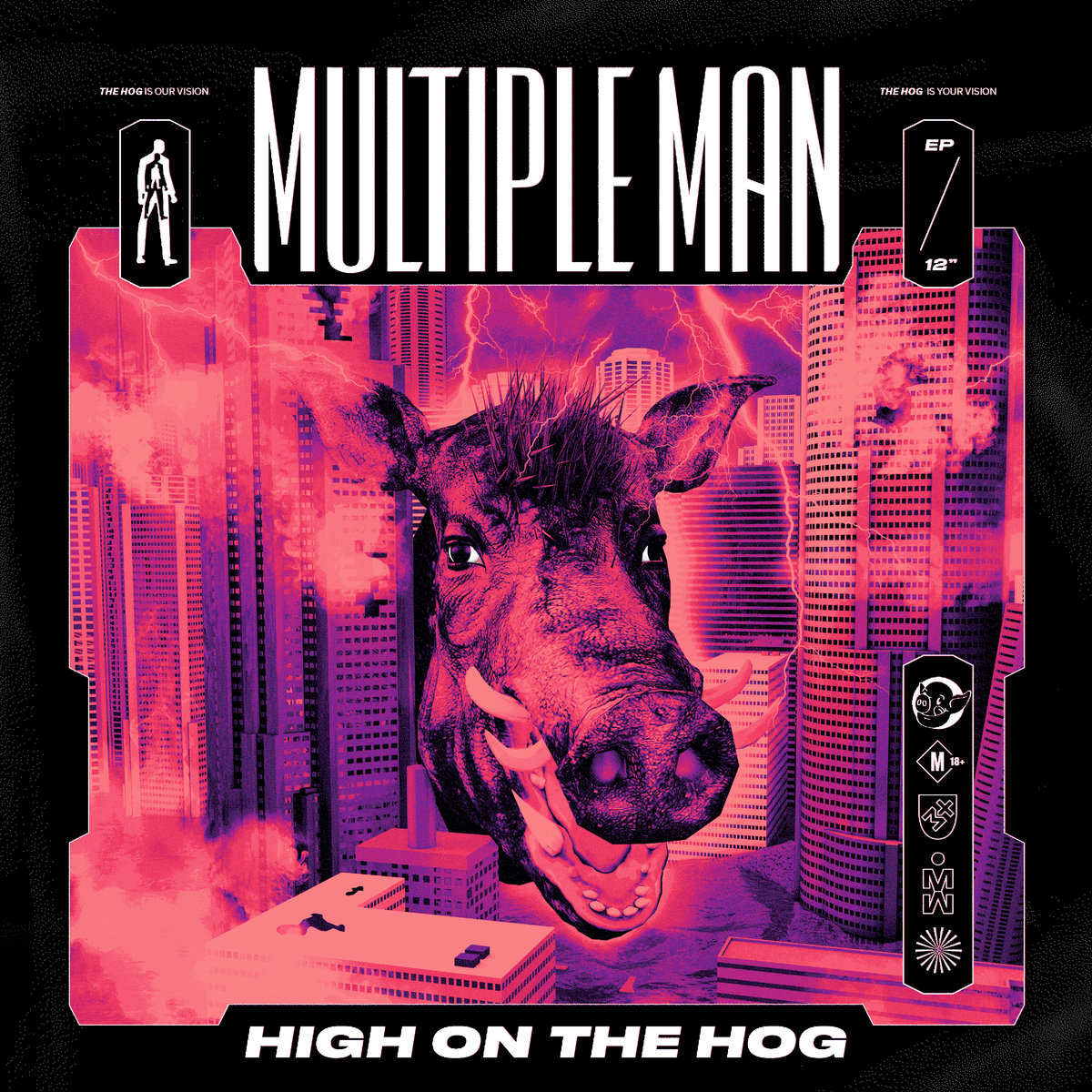 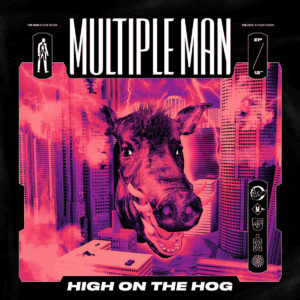 New Metal, the first full length from Aussie act Multiple Man, felt like such a clear and complete presentation of brothers Sean and Chris Campion’s ethos that it was easy to forget how the pair had paved the way for that record with singles and EPs. With Pursuasion, the duo proved they can get in and out in twenty minutes while still dealing heavy funk/EBM damage. If anything, new EP High On The Hog offers an even more concentrated blast of their style, aided by the grounding in it offered by New Metal.

The opening title track features all of the cleanly sequenced clicks, thuds, and sampled basslines which made New Metal such a winning record, but the extra reverb and distance added to so many of the track’s sounds, not to mention the vocals, gives Multiple Man a new and woozy depth. Like an old-fashioned holographic sticker, it’s tough to tell exactly how close or far away any element actually is. For all of the straightforwardness of their sound (again, it’s worth repeating that “firm handshake EBM” is maybe the greatest self-applied genre tag we’ve ever encountered in ID:UD history), they’re also managing to sound cagey and withholding. The vaudevillian “are they for real?” ambiguity of Yello was always part of Multiple Man’s milieu, but between the vampire noir disco of “Prime Cut” and the solemn drones running behind the gurgle-burp leads of “You Say Y.E.S”, that band’s style holds more sway here than the psych-happy influence of Cabs or Severed Heads.

As with Multiple Man’s previous releases, High On The Hog is body music in every sense of the word. Not only are the rhythms and tempos wholly immediate and arresting, but the actual sound design seems to ape the ebb and flow of breath, muscles, heart, stomach. You feel it in your solar plexus as much as you do your limbs or your ass. That might sound awkward from the outside looking in, but just give High On The Hog a minute to work its way into your guts.