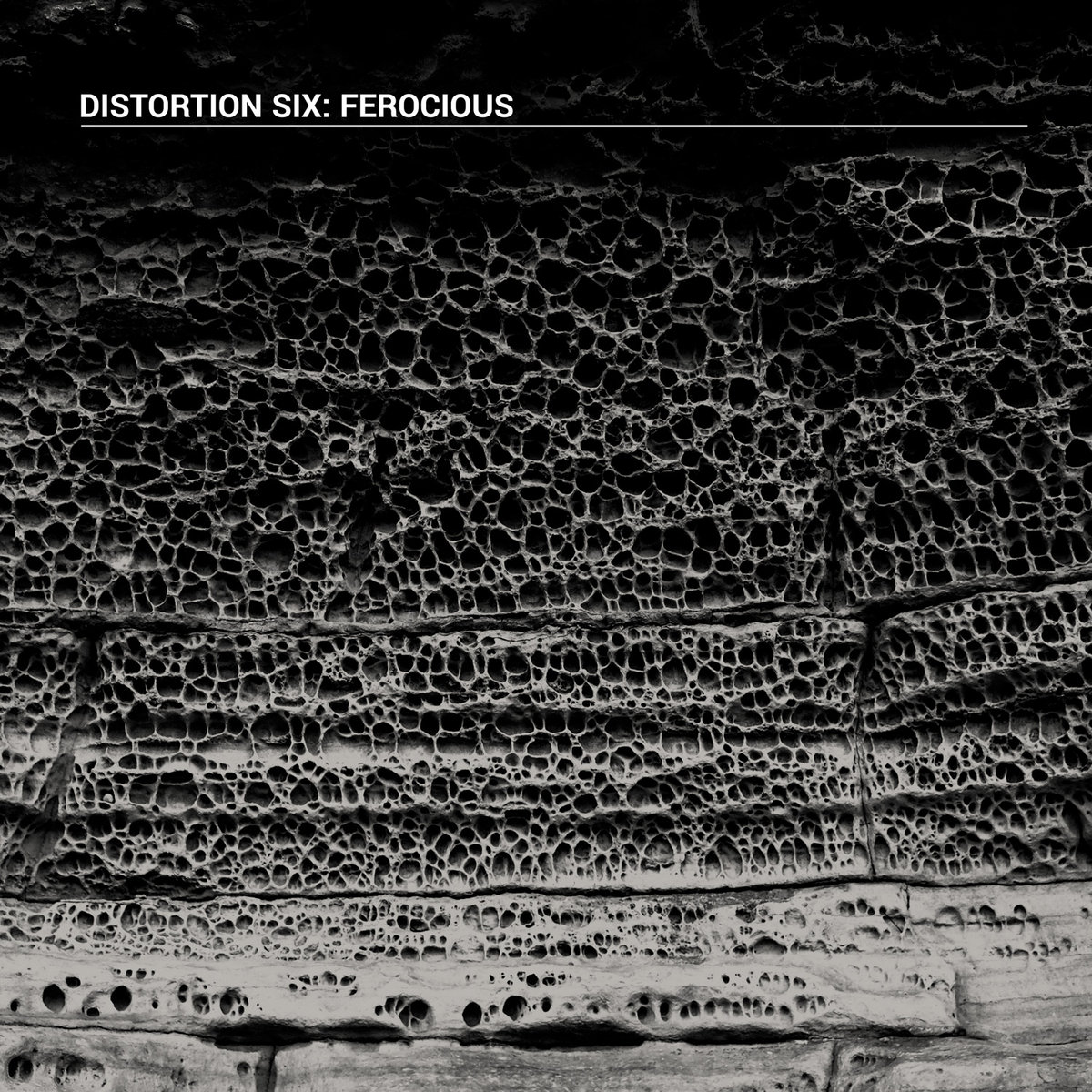 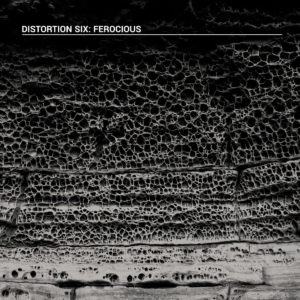 Distortion Six
Ferocious
Ant-Zen
Norwegian act Distortion Six have always presented themselves differently than most rhythmic noise acts. Where that scene often prizes cold and inhuman aesthetics in concert with its rough and distorted sonics, D6’s Nichlas Schermann arranged his take on the genre as a mixture of lo-fi horror and splattery saturation. His second album for Ant-Zen Ferocious has the feel of his earliest stuff, albeit somewhat developed. Distortion Six still deals in no-frills powernoise but with some wilder extremes. Songs like “Noize” follow the template of genre classics, with saturated kicks, samples crushed and reconstituted in horrible new forms, and the amount of actual noise in the mix forcing rhythmics to the side. “Multiple Kings (Spears)” uses vocals effectively, processing them to the point that they blend with the track’s blown out bass tones and shredding metallic synth sounds. “Wartime” taps into technoid approaches with an almost funky arrangement of percussion and bass that recalls early Hypnoskull, but rendered at a lower and frankly raunchier resolution. Like so many purveyors of extreme music before him, Schermann grasps how keeping things messy and untamed can be a benefit, and how and where that exaggeration can be applied for maximum effect. 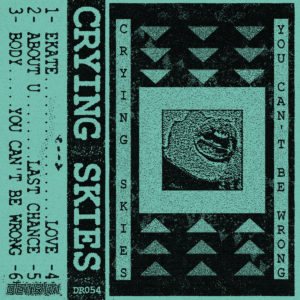 Crying Skies
You Can’t Be Wrong
Detriti Records
The streak Detriti Records is on can’t be denied; regardless of style or country of origin, the German label’s been sourcing out all manner of hitherto unknown but entirely intriguing acts from across the darker spectrum for its tape releases. Its sound is still too broad and fluid to be pinned down, but the quality that comes to mind when Detriti is broached has become its hallmark, a rep the brisk set of beat-driven EBM tracks offered up by Latvian producer Crying Skies helps to underscore. Comprised of hard-hitting basslines adorned with wormy pads and wet, almost tropical harmonizations, You Can’t Be Wrong eschews the concrete blasts of modern industrial-techno crossovers for a more rubbery, roots aesthetic. While some acid house touches funk their way onto a couple of tracks on the tapes’ B-side, it’s the looser and quirkier lifts from classic techno which work best here, like using pitch-shifted vocal samples to the same uncanny atmospheric ends as Forces, and the odd gurgling and melodic synth runs which keep things from ever feeling too grim. Should appeal if you’ve dug recent releases by Human Performance Lab and Fractions.