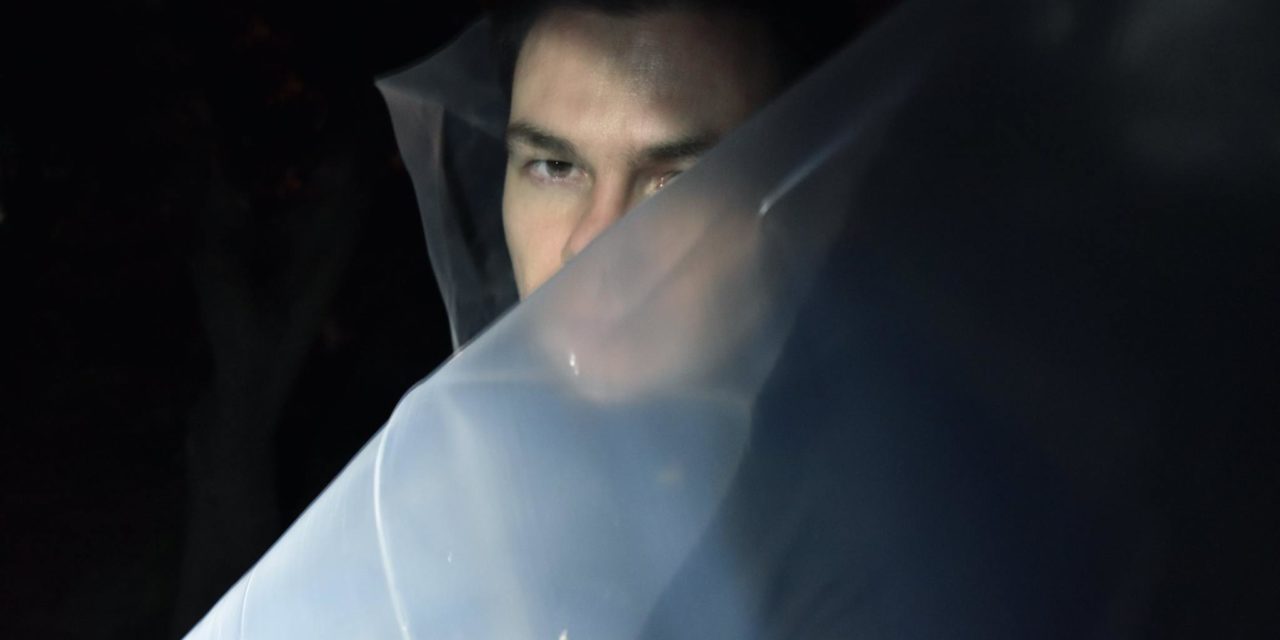 We talked a bit about it on the podcast last week, but efforts to help out Claus Larsen of Leæther Strip and his husband Kurt with their ongoing medical bills are underway here in North America. Since Thursday, plenty has happened. Tom Shear of Assemblage 23 and longtime friend of Claus & Kurt Michelle Molitor have been leading the charge, organizing a GoFundMe drive and a Facebook group for information on all the benefit gigs and other fundraising endeavors currently in the works. Please go check those out, fill out your Leæther Strip collection at Bandcamp, and let one of the undisputed gods of industrial know that you have his and Kurt’s backs. On to this week’s Tracks! 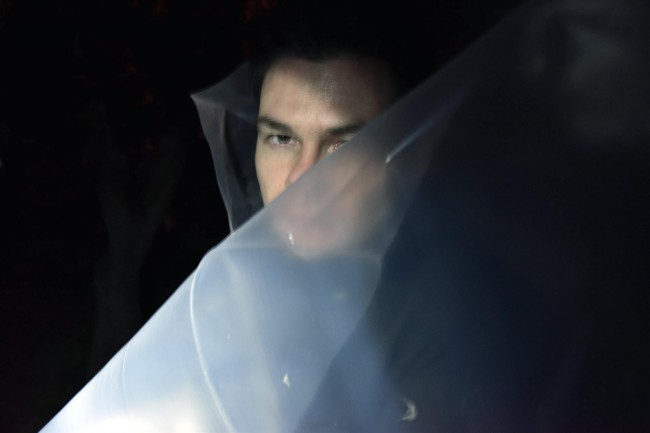 Qual: Either a gossamer vampire or about to be sprinkled with lime and dumped in an abandoned mineshaft.

Qual, “Black Crown”
William Maybelline may be most associated with minimal sounds via his work as half of Lebanon Hanover, but the latest from his solo project Qual is anything but. Massive reverbs, shouted power electronics vocals, and crashing percussion are the order of the day, creating a profoundly unsettling atmosphere. The Ultimate Climax may be still a few weeks away but “Black Crown” (and the LP’s cover) have us good and spooked already. As an aside, Avant! might be the best label going for these sounds at the moment: don’t sleep.

Snowbeasts, “War Cry”
The folks behind New England’s shadowy (and furry) Snowbeasts have deep roots in the downtempo diaspora, having released plenty of crucial releases through their Component Records label at the turn of the millennium (shout outs to Xyn and Codec, what). Despite having reactivated that label and using it to foist Snowbeasts’ style of grinding and smokey atmospheres and beats, their appetite can’t be sated. Heading across the Atlantic they’re now preparing forthcoming LP Survival for release on M-Tronic. Check how much menace and oomph they can conjure with a relatively minimal track like this, and check back in for the full LP in April.

Blac Kolor, “We Are the Darkness”
We’re long time followers of DJ turned producer Hendrick Grothe are were very interested to hear he’d be doing work with venerable rhythmic noise and industrial label Hands. The first sampling is actually a bit different from his techno-body productions, centering around a distinctly political sample and rich ambient textures with a production style that puts us in mind of Kode 9 and other early dubstep artists. Check the single for remixes from Klangbild and The_Empath, further hinting at the possibilties for the project in 2018.

FireWinde[r], “6 Eye”
If we’re putting the pieces together properly, FireWinde[r] was a two-man Salt Lake City project which never released any material before the passing of one member, Michael Gibson. Sole member Kevin Tolman’s now assembled the group’s extant work from the past few years in a single Bandcamp release. It’s a thick and contemplative brand of instrumental electro-industrial, bringing hints of rhythmic noise, breaks, and vintage Haujobb into a solid foundation.

Harsh R, “Bad Person (demo)”
A new one from friend of the site Harsh R, whose sound is developing at a monumental pace. If you liked the incredibly harsh and lo-fi synth punk feel of the first EP you won’t be disappointed, but we’re definitely feeling some of the electro-industrial feel making it’s way in via the vocal processing and springy bassline. As an aside did you ever check out the monstrous mixtape Avi made for us back in December? If you dig hardcore and industrial and those things coming together, you’re gonna want to make a point of it.

Gary Marx, “Black Eyed Faith”
Lastly, a piece of a somewhat obscure bit of goth rock history which is being unearthed for the first time in a decade. Way back in 1995 when the possibility of a follow-up to Vision Thing didn’t seem like a cosmic joke, Gary Marx penned some tunes at the behest of Andrew Eldritch, only to have the latter call the whole thing off. Marx dusted the backing tracks off, recorded vocals and released Nineteen Ninety Five And Nowhere back in 2007, and after being out of print ever since it’s getting a vinyl reissue on D-Monic. The tracks are fascinating for avid scholars of goth rock; the record’s lengthy gestation period allows them to check what has changed and what hasn’t about Marx’s style since the 1985 OG iteration.