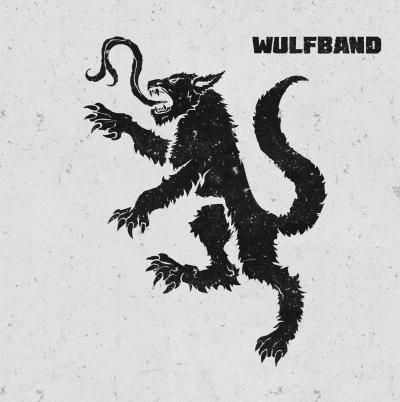 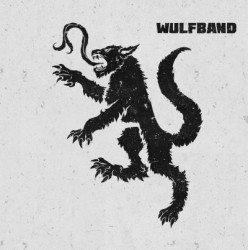 The eponymous debut of SwEBM maniacs Wulfband was nothing short of a revelation to us at I Die: You Die when it was released in 2014. While ably contributing to the already rich tradition of roots EBM which Sweden can claim, Wulfband distinguished themselves with a hyper-caffeinated energy which spoke to perpetually distracted and indirect rage and dissatisfaction, rather than any of the steely bravado and pride often associated with the genre. Acclaim for the record was slow but steady, and was consolidated by stellar live sets ranging from the famed Familientreffen to Terminus. Revoluter, their follow-up release vomits forth all the same fury and excitement which made their debut an instant classic, but incredibly also finds room to cram a plethora of new sounds and techniques into Wulfband’s already overkill-happy arsenal. The result is a near-perfect EBM record, wholly capitalizing on the form’s pedigree and potential, but also establishing clear and compelling connections to other extreme genres which have hitherto rarely been as forceful or impressive.

Like their debut, Revolter puts punk tempos and delivery to work, breaking their songs out of the trad-body music template. It’s a bombastic and infectiously energetic approach that somehow never wears itself out across the record’s twelve tracks; instead of exhausting the listener, the balls-out vigor ends up energizing and engaging. And it’s not just the speed factor (a goodly portion of the songs on the album are mid-tempo from a BPM standpoint), but the sneakily clever arrangements. A song like “Kapt Kaboom”‘s bassline and crashing cymbals are great fun in the verse, but its impact is made by having the song drop into half-time for the first chorus before rushing to a loping breakdown that climaxes in a car crash of synths, drums and yowled vocals. Those shifts in dynamics feel absolutely natural, so much so that it’s often hard to notice exactly how much they’ve been transposed from hardcore punk: witness the bass guitar (real or sampled is totally unclear) that pops up halfway through “Séparez”, the greasy basement show shout-along chorus of “Kaos MF”, or the record’s innumerable precision drum fills and solos. For all its obvious appeal it’s not a mix that many acts outside of Babyland or Youth Code have ever managed as successfully, but Wulfband have it locked in firmly.

And what’s more, that acumen doesn’t ever get in the way of how appealingly weird Wulfband are. Even leaving aside the obvious stuff – they’re a masked and essentially anonymous Swedish band whose songs are all sung in broken German – there’s something to be said for how organically loopy their whole shtick is. It’s partially a function of how manic everything is, but also how unusual some of their choices are. That weird falsetto pop that the vocalist tosses into the verse of “Das Ist Musik” is odd in a vacuum, but makes perfect sense in a continuum that includes the dog-barking synths and underwater orch hits that follow. For a comparatively brief album those kinds of unexpected touches are almost too many to count, with run-ins by synth choirs, bizarre rhythmic left turns and springy percussion elements aplenty. It’s pretty telling that closer “In Tempo” starts with far-off carnival organ before it’s anxiety inducing synth-line kicks in; the record is defined by a kind of funhouse zeal that might feel woozy if it wasn’t so bracing.

As off-kilter as the sounds Wulfband work with are, Revolter has a remarkable sense of pacing, both at the album-length macro level as well as within individual songs. The spaces they find to work in the aforementioned fills, either expected drum ones or sample-based stopgaps, speak to a fluency in metal and crossover thrash which no EBM has ever brought to bear (independent of one another, both members of the Senior Staff were reminded of fellow Swedes Disfear while listening to Revolter). The combination of pure craft and irreverent inspiration and confidence with which Wulfband approach EBM simply cannot be overstated. EBM has rarely, if ever, felt as wild-eyed, as thirsty, as vital. Strongly recommended. 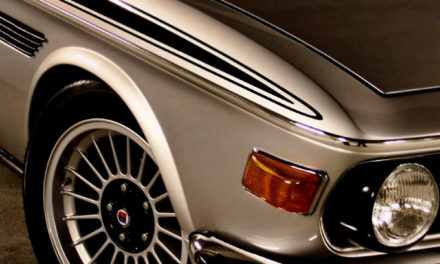