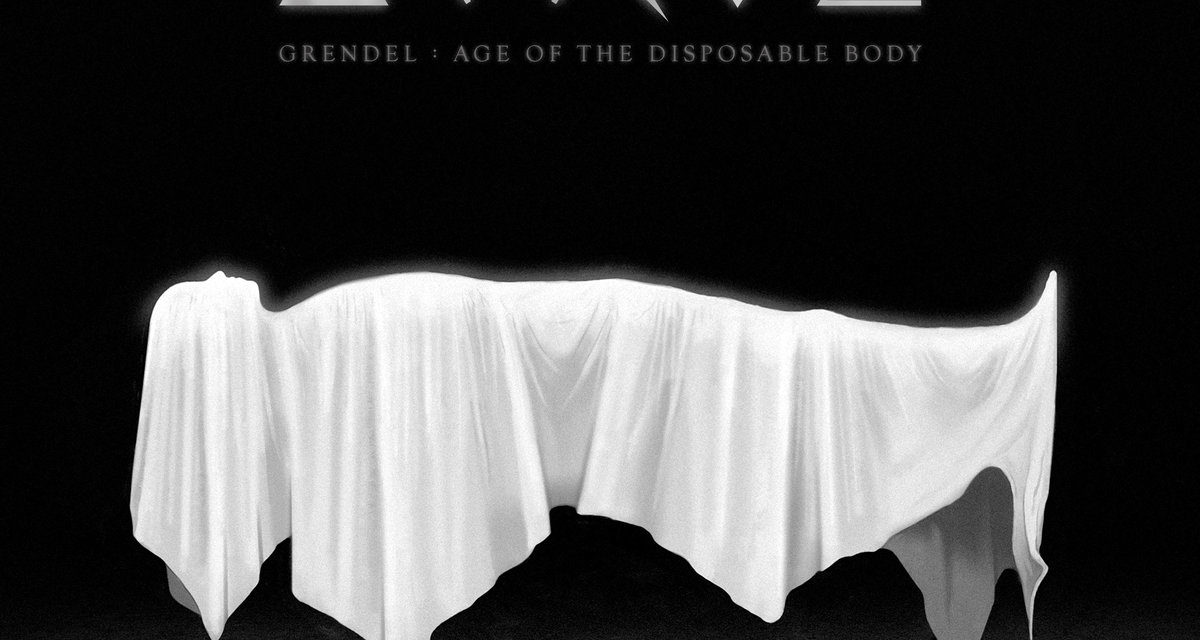 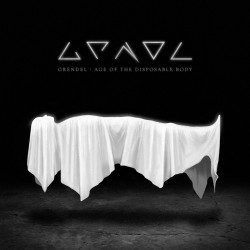 Alex: Age of the Disposable Body makes a lot of sense if you think about in terms of the arc that started when Grendel put out the Chemicals + Circuitry EP in 2009. That release was only about two years removed from 2007’s Harsh Generation but the seeds of what Grendel is in 2017 are right there, namely in that it was a step away from the blunt force of aggrotech and towards a really musical iteration of electro-industrial. It’s a thread you can hear being continued in 2012’s excellent Timewave Zero, but even with familiarity with those records and what they forecasted, I don’t know that I was expecting what we got from JD Tucker this time out. It’s a record that takes a lot of chances, partially in instrumentation and the types of songs on it, but also in how melodic and songwriterly it feels. In no way is this intended as an insult, but those aren’t descriptors I thought I would ever associate with the band, and it’s wild that JD made a record defined by them. At that the record still sounds like Grendel on top of it.

I’ve been a fan of the project for ages, but I know it wasn’t until the last full length that you got on board, Bruce. I’m super curious to know if the ideas and sounds that won you over are continuing to work for you here?

Bruce: Well, the melodic side of Timewave Zero was definitely part of what drew me into that record, and it’s definitely front and center on Disposable Body right out of the gate. You have the nice balance between leads and harmonies on “Severed Nation” (and boy howdy that sax solo delivers), the synth strings on “Flux”, and plenty more. I think the big not-so-secret melodic weapon on the record is the vocals, though. It’s been evident for years that Tucker has a set of pipes on him, but it was still a bit surprising to hear clean vocals carrying so much of the melodic weight of these songs, whether on the Necro Facility-like high-gloss homage to Puppy of “Hex It”, or the acronymed title track. Given the actual structure of the songs and the mixing of the record, Tucker isn’t exactly trying to be coy about how much of this is a vocally grounded record, and that’s exactly the sort of move I was hoping for on it.

We can (and probably should) talk about all of the ways Grendel have evolved away from the sound of their early material, but one other foundational element of Disposable Body predates those: EBM basslines. “Fall Like Rome” and “Scorn” both kick off with classic sounds which hearken back to pretty much just as far as the lineage of EBM can be traced, although neither track ends up being a tribute to, say, 242 or Spetznas, respectively. I think part of what really works about this record is that it’s drawing upon a whole range of sounds and moments from post-industrial history and blending them together under the aegis of a very directed style of songwriting, as you already mentioned. I can imagine people who still just want a retread of earlier Grendel material (Harsh Trek: The Next Generation?) being somewhat let down, but there’s so much great stuff on the table here you’d be a fool to ignore it.

Alex: The references to old school electro-industrial are definitely one of the most unexpected aspects of the record, especially in how they get invoked. It’s the rhythm section, those Caustic Grip sounding basslines and percussion parts are so much of what makes a song like “Dead Inside” or “Hex It” bang. Those tracks have really prominent hooks and leads that aren’t on the rhythm side of the equation, which leads us back to the songwriter aspect of things. Good programming in service of songs is a good rubric for thinking about the record I think.

So speaking of that, the lyrical thrust of the album isn’t hard to parse at all. I think it’s one of the first industrial records I’m aware of the directly address the current political climate of the UK, and Brexit in specific. Grendel has been writing songs about the downfall of society for ages, but often in more general terms. This record takes the proverbial bull by the horns: “Flux” has the lyric “It will happen here/Every fifty to a hundred years/When our hearts grow cold/And the fear takes hold/It will happen here”. That song is notable because it also seeks not just to decry a shift towards conservatism and xenophobia but to understand why it’s happening, what in specific in the psyche of the country he lives in has caused that shift. This is unmistakably a political record, and I think it does a real service to the topics it addresses by not just invoking them, but seeking to position them in context. Not only that, but on the intro “Magnum Opus” Tucker makes a strong allegorical connection between an excerpt from Crowley’s Book of Law and the broader themes of the album, which is a pretty sophisticated way of laying out the album right from the jump, and illustrates how much thought went into this record.

Any thoughts on how the album is constructed lyrically?

Bruce: Yeah, I was definitely picking up on the Brexit theme before even noticing the wordplay in the title of “Hex It”, and obviously “Fall Of Rome” carries it forward. Addressing the past couple years of political shitstorms (the re-emergence of xenophobic populism, reactionary scapegoating, and unapologetic, full-stop fascism) isn’t necessarily something unique to Grendel, but the UK-specific perspective is interesting, if only because Brexit was presaged by a long, slow decline in the import of the UK on the international stage (I can’t recommend The Guardian’s piece on the impending passing of the queen and its connection to the period of British history she’s overseen). That’s a very different narrative than that we often find in critiques of American hegemony in industrial music, which often (rightly) point out the twin fronts of US military and cultural neo-colonialism. We don’t get much examination of how the UK fits into that picture (Laibach aside), but as someone who’s got a pretty pan-European background – at least as I understand it – Tucker’s just the sort of person to do so. I also was taken by how “AOTDB” seems to point out the hypocrisy of recent western panic regarding social unrest and violence given our pathological ability to ignore far worse yet related sufferings in other parts of the world.

So with that ambitious political framing, how are you feeling about just how slick and polished the record is? As you alluded to above, I found it difficult to take any of the apocalyptic death-rattles of early Grendel material seriously, no doubt in part to how closely it was tied to of-the-time aggrotech sounds. As much as you could say that music which wants to address themes of empires crumbling and the overturning of social orders should sound similarly rough or apocalyptic, for me there’s the peril of whatever substance you might be bringing getting lost in the wash of noise. You and I have both been conditioned at a Pavlovian level to roll our eyes damn near out of our heads whenever we get an e-mail bragging about how so-and-so’s new release is “the sonic approximation of the endtimes” or other cliches. Digging into those themes at a level, as we’ve both said, slightly more considered than the average shlocky genre flick is one thing, but pairing that with an ornate and often pretty record like this seems like such a more effective way of disarming listeners and getting something across. Your take on the pop-sheen?

Alex: It’s a production style that suits the album, in that it feels thoroughly modern and precise. With JD going out of his way to convey a specific message on this one, I think mixing and mastering (the latter courtesy of Guido Fricke, who knows his way around this style) that emphasizes clarity and space for vocals and instruments to do their thing is the right way to go.

That leads us to some very interesting choices that were made with regards to instrumentation. We’ve talked about those super precise basslines, but how about the pleasingly sleek treatment of leads and pads? With JD’s vocals doing a lot of heavy lifting, those other melodic elements have a lot more room for variation, and in many cases I think they reference the ultra-shiny sounds of modern synthwave. Listen to the arps on “Flux” or the FM sounds that pop up on “Scorn” for an idea of what I’m talking about. I also wanna give a big thumbs up to the album’s treatment of guitar as provided by Emanuele Trinci, which features on almost every song in some way, but is settled comfortably in the mix. It’s an instrument that can really be conspicuous when mixed with electronics, but in a support role here it provides thrust and weight without taking up more space than necessary.

But overall the sound design on the album is really sharp and interesting. That sax solo on “Severed Nations”! Those hoovers on “Scorn”! The orchestral sounds on “Magnum Opus” and choral sounds on “Fall Like Rome”! Age of the Disposable Body is a record of scope, and there’s a resonance between how it presents itself instrumentally and lyrically that really emphasizes its breadth. The variety of sounds and how they’re presented is really one of the things that distinguishes this LP from so many of the artists working in the same sphere. JD is obviously a guy who is conversant in lots of different styles of music (for a small taste look at the impressive variety of styles on display for the record’s companion remix disc) and I think it’s commendable that he was able to bring so many ideas into Grendel, and as noted earlier, still sound like Grendel. How does that match up with your assessment of the record?

Bruce: Yeah, it’s rare that you get a “clean” scene record which doesn’t just fall back on the same few production tricks or VST routes to produce one particular aesthetic and stick to it. Like I intimated when I was turned around on the band through Timewave Zero, I like their newer material because it doesn’t feel as boxed into one particular sound or mood. Now, I’m sure long-term old-school fans might bristle at that and point to some theoretical roots of all those elements you described in some Prescription Medicide deep cut, but from my late-comer’s perspective, I really enjoy Disposable Body for not sounding like my existing understanding of the band, and even less so than Timewave. Whether you want to call it evolution or a broadening interest in music from well outside of the project’s ostensible home genre, the variation you’re talking about is pulled off with absolute aplomb. It’s a deft and rewarding record, which is getting a high recommendation from our desks. 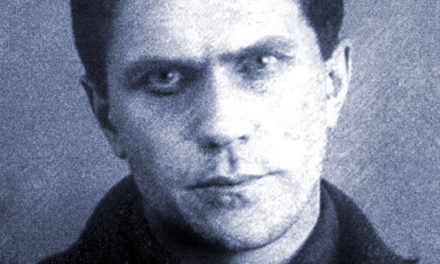 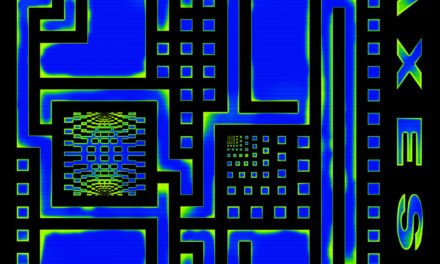