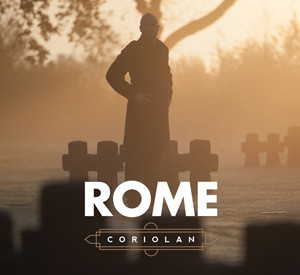 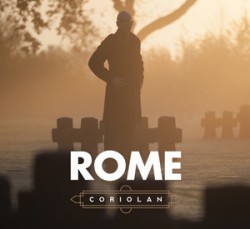 Time and again, the phrase “Art holds a unity that history does not” is one we return to in our examination of Jerome Reuter’s work. While the credo first appeared on (and was central to the understanding of) his massive three album neo-folk masterpiece Die Æsthetik der Herrschaftsfreiheit cycle, it feels equally appropriate to apply to a release like Coriolan, a tantalizing EP that precedes an as yet unnamed new LP from the Luxembourgian songwriter. Where the shifts in style between tracks have little to connect them in a vacuum, the thread that runs through them is Reuter’s own work as songwriter, performer and producer. Each is distinct, and also distinctly Rome.

Deep examinations of Rome’s intentions often lead one down intriguing paths, and whether intentional or not, the questions and conclusions drawn from those reads are part of the project’s appeal. Is there some significance to starting and ending the EP with “Investiture” and “Funeratio”, two examples of the sort of martial/industrial collage that stretch back to the project’s earliest releases? Is there some meaning attached to the decision to perform the bucolic acoustic ballad “Der Krieg” in German, a language that Reuter has never used vocally in the past? And is the unexpectedly loose and post-punk number “Fragments” some callback to the prehistory of Rome (and the occasionally repurposed songs Jerome wrote as a member of Mack Murphy & the Inmates)? Reuter is always candid in discussions of his intentions, although he’s canny enough to hold off from totally literal explanations. There’s an allure in ferreting out one’s own meaning in these works, especially when the catalogue these songs spring from is already so rich with nuance.

We can pick over the intentions and arrangements, but taking Coriolan as a track by track entity it’s difficult to not be impressed by the range of genres and moods Reuter blazes through in quick succession on the EP. If, as he intimated to us, the Rome Anthology release was meant as something of an introduction and page turner, then Coriolan feels like a warm-up, a consolidation of nearly everything the project’s grown to encompass. The loose centering of the EP’s themes around the figure of Gaius Marcius Coriolanus is as good a circumscription of Reuter’s recurring fascination with military history. The story of Coriolanus, whether historical or Shakespearean, brings the spiritual cost of war to the fore, with the lyrics of “Broken” and “Der Krieg” reminding us that while wars may be waged by nations and empires, they’re fought by humans. Scorn, pride, betrayal: themes found on any battlefield and which Rome has show nuance in handling often lacking in martially minded music from the post-industrial milieu. We’ve said it before, but Reuter’s poetics are far more in line with Cohen’s “The Partisan” than Death In June at this point. If that sounds like a lofty comparison, it’s one which has been earned, release by release, as Reuter has explored and gained steady footholds in each of the sounds and modes Coriolan journeys through. 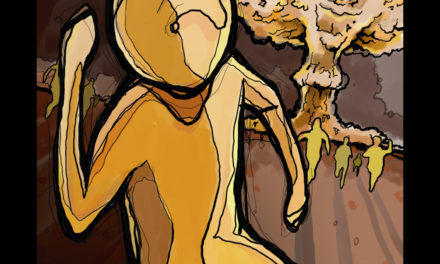 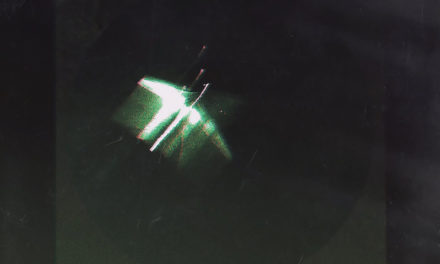