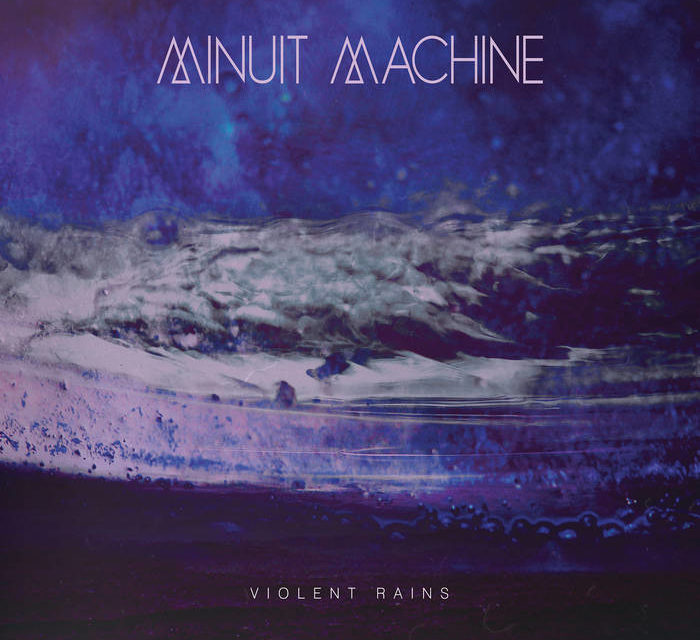 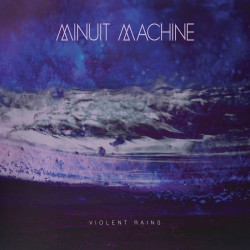 Paris synth duo Minuit Machine have been working through the paces of dark, moody coldwave at a fair clip. Their 2013 debut EP Blue Moon showed a keen ear for using synth pads and harmonics to strike a melancholy mood, and first LP Live & Destroy showed them working in punchier and more uptempo tracks into the mix. Second full-length Violent Rain connects all of these points and styles together quite smoothly, but perhaps more impressive is the emotional intensity communicated by its production and vocals.

The style of the record is classic French coldwave, but the service into which the synths are pressed shows a keen awareness of how electronics have been used in all manner of dark music since that genre’s heyday. Check the dead simple opening of “Battles”: a heavily-gated drum track spits along plainly, and a simple broken arpeggio carries things along through the verse with aplomb. The desperate, anthemic chorus feels straight out of the early 80s, but the relative warmth and bounce of the synths which run through the verse make the whole affair much more immediate and present. Making classic archetypes feel contemporary in mood is perhaps a far trickier task than simply “updating” a sound, but Minuit Machine feel very much of the current day.

The vocals of Amandine Stioui, though, are Violent Rain‘s…I don’t want to say secret weapon, as they’re never hidden or downplayed in the mix, but the role they play in maintaining the otherworldly passion connoted by the instrumentation can’t be understated. Comparisons to Clan of Xymox’s Anka Wolbert, Kirlian Camera’s Emilia Lo Jacono, and even Zola Jesus seem warranted, but it’s what Stioui does with her naturally commanding register that matters. There’s a defiant fatalism which runs through the record. “You and me, we were doomed before we were born” she intones on “Everlasting”, a tale of a self-immolating relationship which continues on in spite of itself. A more existential message of resistance is found on the aforementioned “Battles”: “There’s no hero, no God to protect us / We’re alone when the darkness surrounds us / Life is ours, no one will ruin it for us.” Even the less extreme moments on the record, like reflective character study “Honey” (far more Book Of Love than the rest of the record), are given extra emotional heft by Stioui’s vocals.

The sheer volume of talented young dark synth acts on the rise in Europe can be staggering and nigh impossible to track at times. Influences are certainly worn on sleeves, and Minuit Machine are no exception, but what separates the wheat from the chaff is whether those classic sounds are being imitated or used as a toolset for exploring themes and ideas which are come by honestly. The emotion of Minuit Machine’s music, rife with drama and gothic excess, leaves no question as to their motives.