Are you tired, friends? We’re pretty tuckered out ourselves. If’n you weren’t at Terminus Festival this past weekend we have a lot of stuff to share with you, but given our current mental and physical state it’d probably come out as some kind of braying, coughing sound. Yes, even in the written form. Suffice for now to say that we had a terrific time and saw some great music, and you can bet we will be discussing the specifics at length once we have spent a couple days deep in recuperation mode. For now, enjoy this slightly abbreviated version of Tracks; we’re going back to bed for about 1000 years. 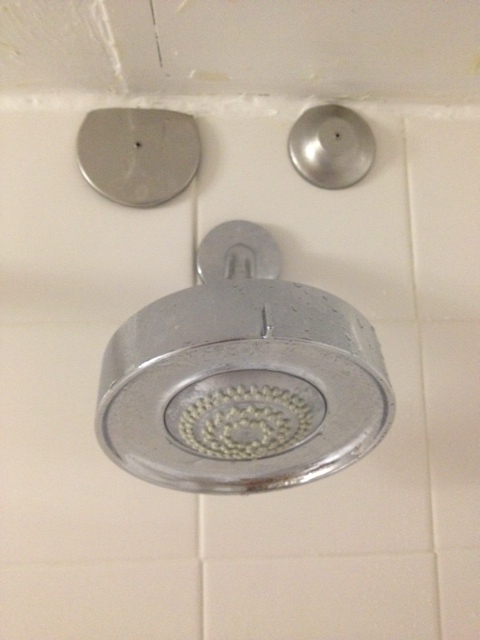 It took us a minute to realise yesterday morning that no, the showers in the Calgary Sandman weren't walled with mirrors.

Architect, “Neon”
You may recall ol’ Daniel Myer asking for some feedback on a couple of demos for this track a few months ago. Coming to hear it in its final form, it’s very much in the vein of the hyper-designed electronica (sorry, but sometimes that word is actually kind of useful as a descriptor) that made up a goodly portion of his last Architect album Mine. That record was our favourite of 2013, so we’re naturally pretty keen on hearing a follow-up, especially when the astonishing voice of Emese Arvai-Illes of Black Nail Cabaret is back in the fold as well.

Bustié, “Breeding”
While perhaps less explicitly punk-rooted than his main project Ssleaze, Andrew Flores’ new project is just as dirty. Claustrophobic house comprised of manically chopped 808s, this likely has pointers back to some LA rave sub-scene you could get arrested just for mentioning.

Bézier, “Telomeres”
Fun new stuff from Dark Entries, Bézier is the project of Bay Area artist Robert Yang. We hadn’t scoped his 2013 EP Ensconced til now, but we’re certainly the kind of folks who enjoy the occasional bit of classic analogue synthpop, especially when it’s rendered in such a dense and swervy sort of style. Take a boo at the title track of the new EP and see how it suits you: as with everything DE puts out we’ll be taking some time to digest this one.

SRVTR, “Full Flight”
Finally, some tightly packed noise from outre French producer SRVTR. Dude just cranks out these metallic endurance sessions like nobody’s business (hell, looks like one’s gone up since we flagged this one). Anyway, this EP seems to revolve around tense and paranoid air flight, and would’ve made an excellent soundtrack to the conversation two Terminus performers were having on the way to the Calgary airport about their favourite episodes of “Air Disasters” yesterday with one of us in tow. Why would you do that to a fella an hour before he’s gonna climb into a kerosene-propelled glorified cigar tube?