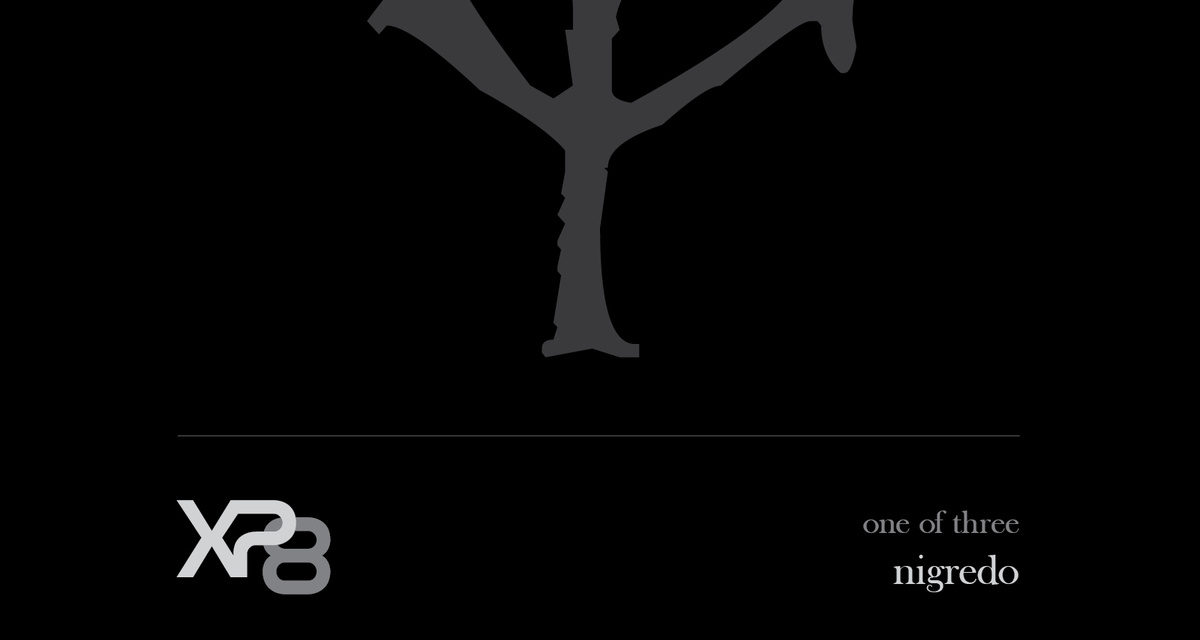 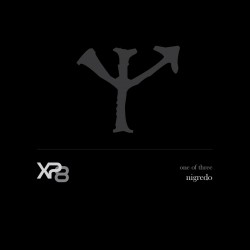 XP8
One Of Three: Nigredo
self-released

Marco and Marko are back at it with a smash n’ grab EP. Coming without the expectations of a full-length, an EP can be a good opportunity for a band to blow off steam, something our pals from Italy have certainly earned on the heels of last’s year’s focused and excellent Adrenochrome. It’s scattergun fun all the way on this outing of sidechains and galloping bass triplet, starting off with a pitch-bent continuation of the “Dolly” saga, and continuing with pure floorbait in “Engage The Bass”. “Primitive” is the highlight, coming by its stripes honestly: classic EBM basswork with a titch of acid building to a keening chorus that gives Marko’s vocal chops the spotlight they deserve, before giving way to “Troll Control”, a screed which’ll ring familiar to anyone familiar with Signor Visconti’s internet antics. As breezy as all of this sounds, it’s apparently part of a trilogy of alchemy-minded EPs, each themed around a specific transmutative process. We don’t know Flamel from flannel, but it seems likely this stuff would make Paracelsus’ mercury rise. Buy it. 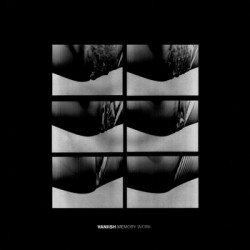 It sounds like Kevin Tecon of Veil Veil Vanish just needed to hit the reset button, much like Luis Vasquez of The Soft Moon (with whom Tecon moonlit as a touring drummer) recently did. Touring stress and family crises necessitated some downtime, which presaged a new project, featuring a chilled-down iteration of the gothy post-punk tempest Veil Veil Vanish hit upon, with perhaps some of the thicker, claustrophobic percussion Tecon would’ve worked with in The Soft Moon. Made up of friends of Tecon’s from bands past and present, VANIISH’s sound should appeal to Veil Veil Vanish fans due to sheer proximity, but the cast is decidedly bleaker. Though uniformly dark it’s at times a brisk listen, as on “Search And Replace” which splits the difference between classic deathrock and more modern, prime-time indie rock. “Fragment / Fatigue” showcases a pairing of slowly turning chimed guitar and buffets of drums which recalls Pornography, an album whose tour eerily resembles Tecon’s recent experiences. Gloomy stuff to be sure, but sometimes that’s what’s most therapeutic. Buy it. 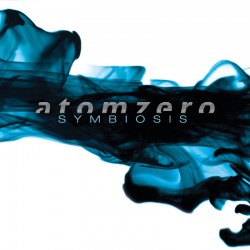 Toronto’s Atomzero are situated somewhere in a continuum that includes classic EBM and futurepop, favoring the simple looping basslines of the former with some of the structural tendencies and melodic motifs of the former. If that sounds a bit contradictory to you, you’re not alone; whole swathes of neo-oldschool body music bands have tried to make music that ignores the the trance and synthpop influenced sound that ruled the industrial club scene around the turn of the millennium. That said, Atomzero seem to know where the commonality of those two sounds lie and uses it to their advantage, allowing simple bass-oriented tunes like “MisDirection” and “Dissent” to breathe, with most of the melody and personality provided by vocalist Gord Clement (whose voice bears more than a passing resemblance to Ronan Harris). Occasionally, as on “Symbiotic”, the tunes get a little close to VNV Nation for comfort, and the general level of production could use some work, but there’s definitely something in the looping rhythm track and reined-in delivery on “Blockade” and the speedy chug of “Build Decay” that recommend the group’s potential beyond their most obvious influence. Symbiosis is very much a band trying out different configurations of sound and seeing what works; the future will show if they can get a bead on who they want to be musically and really come into their own. Buy it.