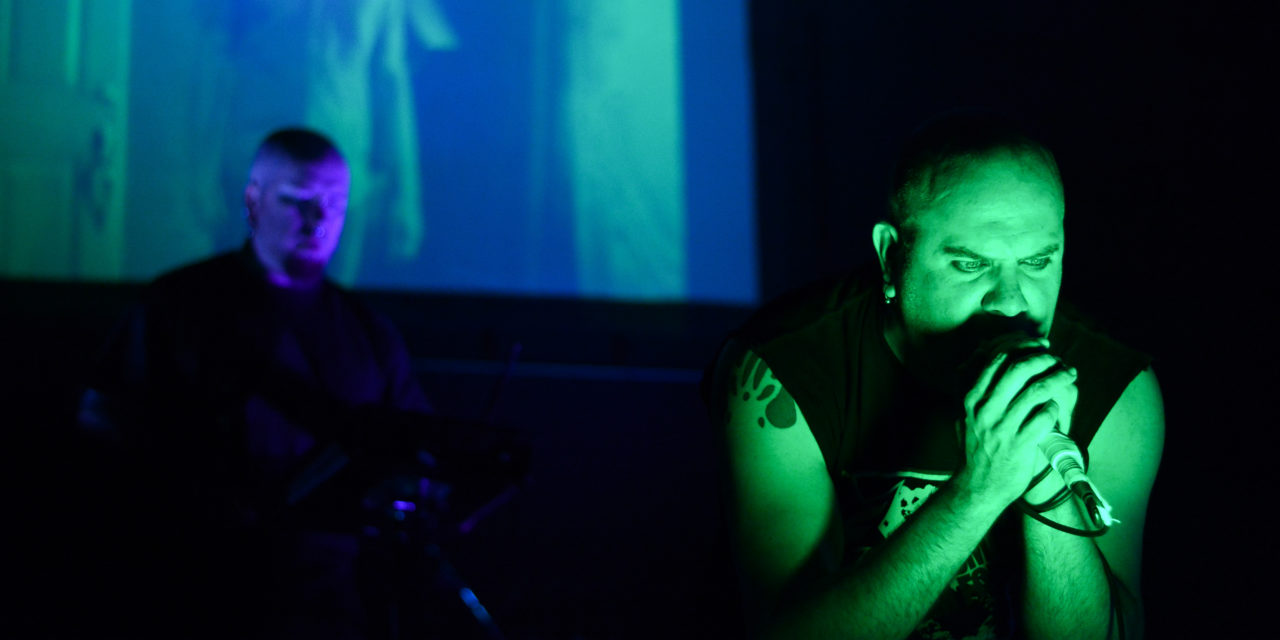 Plenty has already been said about the AFTERMATH festival, by those involved in its organization, those who attended and the projects that played. Hell, even some of the words from some folks who weren’t there have been heartening to read. Our involvement with the event was pretty intimate, and although it feels self-congratulatory to talk about how special the whole thing felt, we want to make sure people understand how the whole affair unfolded in our eyes, and what it represents to us.

The circumstances that led to AFTERMATH are no mystery. The cancellation of Festival Kinetik – an event that was critical in our decision to start this website – was a huge blow to us. For years the pilgrimage to Montreal was a kind of affirmation of the music we enjoyed and the community that supports it. Whether we were fans of every band that played the stages of K was immaterial; just the fact that we could see a broad spectrum of acts from across the global industrial scene take the stage was a huge deal, a counterargument to the neverending claims that this music was dying or already dead. Before even taking stock of the number of friends we’d made at Kinetik and the memories we had tied up in it, the symbolic value of losing the fest was crushing to us, especially considering that K’s Jean Francois had seen fit to let us curate a secondary stage for the event’s Toronto debut. It’s important to remember that AFTERMATH felt important because it was born from the loss of something that meant a huge amount to us, and that we will always be indebted to. It’d be tedious to go into too much detail about the organization of AFTERMATH (it’s mostly unglamorous and kind of boring to recount, actually). The important thing you need to know it was the community that rose up to try and make the best of a bad situation and somehow made a miracle happen. Understand this: music festivals don’t come together in six weeks, and they don’t happen with next to no operating capital. And yet this one did. The secret truth is that for all the efforts of the organizational committee, it was everyone’s willingness to pitch in that helped the event overcome its obvious challenges. AFTERMATH was a result of every band who played saying “Yes, let’s make this happen” with no guarantee of whether they would be compensated, of volunteers donating their time and resources to assist in any way they could, and of the good will of all the attendees while the broad details got sorted. Before Apriorism even took the stage for the first performance of the weekend we felt like the event was a success; no matter how it went down, we had seen what our scene could do when they came together to help one another out. It’s a heady feeling that we’re still coasting on a week later.

If the story ended there it’d be fine, but of course it didn’t. The smoothness of the whole thing was a little surprising even to us, but the fact that every band got on and off the stage as scheduled (thanks in no small part to the stage crew, which included members of Promonium Jesters, and Ludovico Technique, who weren’t even playing the ‘fest) is kind of secondary to how good the performances were. From bands we’ve seen a hundred times before to acts we had never had the opportunity to see, to projects that were debuting, everyone brought their A-Game to the stages at Velvet Underground and Phoenix. It says something that a respected and well-known act like FGFC820 and comparatively new artist like Wychdoktor could each rock the AFTERMATH crowd so fully and in their own way, the thrill of seeing something you love and something new coming together in one experience, surrounded on all sides by scene-family. We were up to our neck with various duties and gofering during the festival (you could generally rely on one or both of us moonlighting as security at the band area entrance), but we still made a whole host of memories related to the performances by bands, whether they were seasoned road vets or the up and comers we initially booked to play the ID:UD stage at Kinetik. We saw the Ottawa triple threat of Apriorism, Wychdoktor, and Encephalon all pushing the limits of The Velvet Underground’s sound system and showing the industrial world that they’d be fools to ignore our nation’s capital as a hotbed of exciting new music. We saw Antigen Shift return to the stage with a new album which completely split heads in the audience. We saw The Gothsicles launch their umpteenth reprise of “Holy Shit, We’re Playing Kinetik”, doing justice to AFTERMATH’s roots while hailing the spirit which carried it into the present. We saw iVardensphere, a project which we’ve tracked since its beginnings only a few years back, emerge as a tour-de-force headliner replete with mud and theatrics. We saw the future of Canadian synthpop in Glass Apple Bonzai and For All The Emptiness. We saw aggrotech be taken to the heights of arch camp by Surgyn, who deftly wove threads of Marc Almond and Sheep On Drugs (hat tip to Matt F for that one) into their attack. We saw the quirky Volt 9000 play just their second gig, just before rhythmic noise master Jamie Blacker introduced ESA to a Toronto audience. We saw Displacer weave hypnotic magic and win over a crowd more accustomed to the crunchy attack of the bands they were placed between. We saw the unofficial mascots and MCs of Kinetiks past, Matt Fanale of Caustic and Rexx Arkana of FGFC820, reprise their roles and lend a voice to the emotions and thoughts of all of us from the stage.

That’s just a quick cross-section of the experiences we caught, and depending on who you were and what your background with this sort of music was, you probably had an entirely different host of highlights. It was a pleasure to compare notes with people at the bar or while pawing through records, asking which acts exceeded expectations and which ones instantly grabbed people’s attention despite never having heard of the band in question. It’s for moments like that, moments when we saw the effect that this music can have on people, when we felt what it means to us, that we decided to push our chips to the center of the table and double down on making a festival in Toronto happen, no matter what. Before we wrap up it’s important to say a few thank you’s. Firstly, to Troy and his crew from Darker Side of Light, without whom none of this would have happened. More than anyone else involved Troy gave of his time and resources to make AFTERMATH a reality: he deserves credit as the event’s Captain, and for stepping up to take on what looked like a pretty dire situation with no guarantees if his efforts would come to fruition. Hosannas are also due to our friends Scott from iVardensphere, and Ryan and Alison from 132 Productions for the endless behind-the-scenes efforts on the organization and execution front. Praise be to Jimi LaMort from Malhavoc for helping to secure the wonderful Phoenix as one of our homes, and to that venue’s staff (as well as the good folks at Velvet Underground) for helping the nights run like clockwork. Thanks to our door person Karen Stewart for being cold pro-ice on those ticket lists and for being the first smiling face everyone saw each night. Word up to Xian Engel for doing a mountain of pro-bono design work, and to Richard Trotter, Kym Britnell and Jade D Skyz for working their tails off doing a million errands and oddjobs throughout the weekend, the importance of which can’t be understated. Love to Ben Vanlier, Evan Brito, Paul K, Robert Moseley for working the stage, and to Jonathan Kaplan for impromptu projector and video help. Special shouts out to Jean-François Fortin Gadoury for giving us his blessing and for all the years he poured his heart into Kinetik.

And of course we need to express thanks to Apriorism, Wychdoktor, Encephalon, Mordacious, Die Sektor, God Module, Promonium Jesters, Antigen Shift, the Gothsicles, Malhavoc, Ayria, iVardensphere, Volt 9000, ESA, Displacer, Caustic, Decoded Feedback, FGFC820, for all the emptiness, Glass Apple Bonzai, Surgyn, Panic Lift, De/Vision and Aesthetic Perfection for performing. The bands are obviously the most critical part of any festival, and the spirit of camaraderie and willingness to help make this weekend happen from the scheduled acts was second only to how great the performances were.

And lastly, thanks to everyone who rallied behind the idea of AFTERMATH: the attendees who were so understanding of the special circumstances behind this festival. If there hadn’t been demand, this makeshift project never would’ve gotten off the mat, and none of us would have had any reason to forge ahead. Thank you.

It’s a sentiment which was expressed several times from the stage of AFTERMATH, but every band who stepped up to the plate, every person who donated their time or resources, every person who paid money to see the shows, each of these people symbolically threw a drink in the face of the idea that “industrial is dead”. We have to put those words in dick-finger quotes simply because that sentiment is as old as industrial music itself. If you’re not digging the current waves of dark electronic music happening right now that’s fine (though you’re just not looking hard enough or in the right places), but don’t get in the way of people actually working towards something. The “scene” (ugh, we hate that word) is only ever as dead as you allow it to be. We all have some power, some alchemical juice to keep this darker side of things alive and moving. For us, the next phase in this ongoing project lies in getting out to Calgary to participate in the reprise of Terminus. If you’d told us ten years back that in 2014 Canada would regularly play host to two different industrial festivals sporting almost wholly distinct lineups we’d have laughed in your face. Today, we’d do just about anything to ensure that these events, whether they take the form of Kinetik, AFTERMATH, or Terminus, get the support they deserve. We couldn’t be happier with the way things turned out in Toronto, but as always, the mission remains unfinished. We hope to see you all in Calgary, and wherever else this thing of ours takes us. 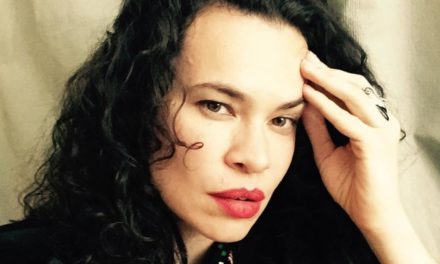 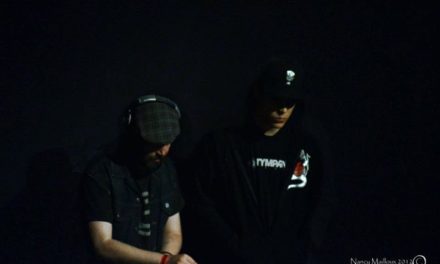 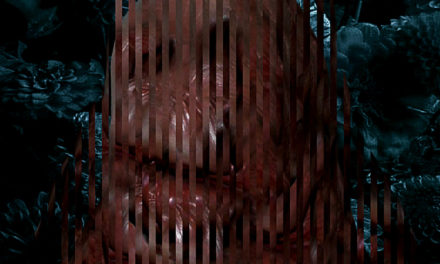 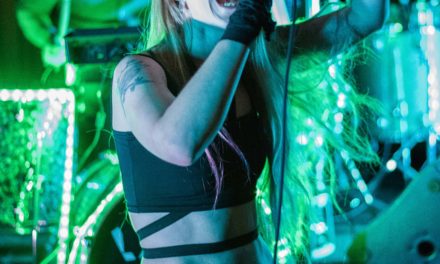