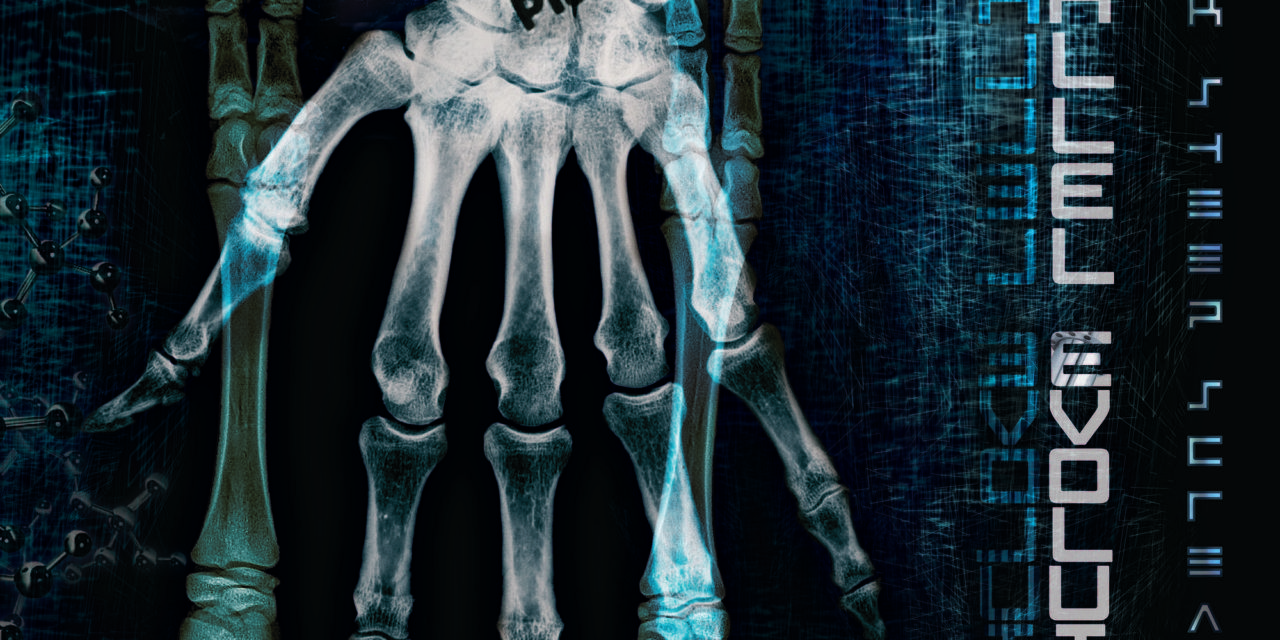 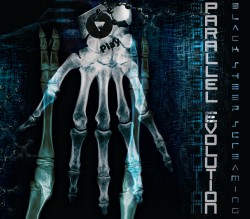 The fourth LP by one-man Serbian act Black Sheep Screaming is a fucking mess. And I love it. Pal Dragan’s sample-mad compositions are are scraped together from an electro-industrial foundation which should be at least vaguely recognizable to fans of classic Mentallo and yelworC, but is pushed, pulled, and tweaked to within an inch of its half-life. The result is a violent release which is perpetually consuming itself, an ADD Ouroboros that spends as much time laughing at itself as it does clubbing the listener.

Switching between phrase and motif at breakneck speed and rarely if ever returning to the same themes in a single track (I don’t think I could identify a chorus on this release if my life depended on it), Parallel Evolution puts the listener on the defensive. Rhythmic noise breaks hold court on the Pitch Black citing “Badman”, and there are some granular sweeps on opener “Strangling The White Swan” which bring to mind the FSOL/Meat Beat-era techno excursions of current young US producers. “Hop Hop The Fuck Away From Me” has a few passages of pinging bounce that could maybe, maybe keep the most rabid gabber floor from fleeing in confusion, but I’m skeptical of even that (and with the gibbering squalls of “Leave This Off Your Fucking Charts”, Dragan likely won’t have to ask twice).

However, more than those individual genre markers, it’s Dragan’s propensity for densely packed chaos that distinguishes Black Sheep Screaming. If there is a single point of comparison which doesn’t do Parallel Evolution a disservice, it’d be Gary Dassing’s recent forays into psychedelic weirdness as Mentallo & The Fixer, but where Dassing finds cosmic dissolution of the self, Dragan finds vitriolic humour, punctuating the record with barked commands and self-effacement nearly at random.

Despite clocking in at a full seventy minutes, Dragan does a good job of adding some nuance to his headfuck: Parallel Evolution‘s production is slick and polished when it needs to be and grimy and raw when that’s what’s called for, and like I said, the shades of irreverent humour in the samples, titles, and general tone of the record give it character. While not technically sounding quite like them, Parallel Evolution gives a listening experience not unlike off-kilter releases from unfamiliar outfits (vProjekt, Infiltrator, Kangarot) who have no pretensions at whatever passes for wider success in industrial in 2014. We should all be so bold.