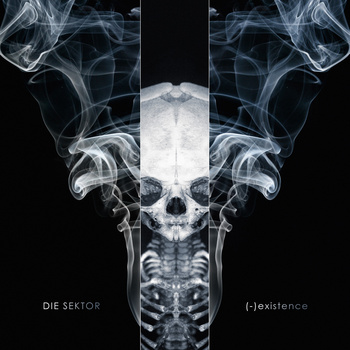 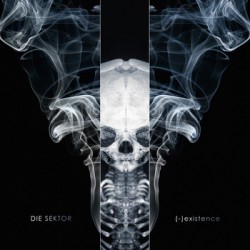 Die Sektor are a sticky widget in the otherwise polarizing word of aggrotech, love it or hate it. Despite stretching out past the sub-genre’s expected tropes on sophomore release Applied Structure In A Void and last year’s The Final Electro Solution, they’ve doggedly kept one foot in the acid-thrashed foundations of their original sound, keeping purists loyal and teasing meddlesome critics like yours truly. (​-​)​existence continues that tradition, containing the Atlanta act’s most ambitious structures to date, alongside its most violent approach since debut record To Be Fed Upon.

Traces of the dubstep excesses of Solution can still be found but have been reined in and subsumed within a more nuanced soup of programming. While not quite reaching the mindfuck levels of cyber-blitz kid NCC’s now-classic Seven Steps Of Nervousness, (​-​)​existence often breaks from traditional song structures. The speedy breaks of “Blood” kick up into a melodic trance pattern midway through, and the winding and piping lead which circles in the background of “Crucifix” before the track kicks into a swinging chorus reminds me of no one less than Steril. Factor in an average track run-time of six minutes and we’re pretty far away from the “nothing but oontz and club bait” tag which often sticks to Die Sektor’s peers.

A shade removed from such experimentation is (​-​)​existence‘s tendency to overindulge in purely aggressive thematics, both musically and lyrically. While certain passages do let up a bit, the overall mood is unrelenting. This isn’t to say that it’s “too intense” for my tastes, just that at 65 minutes the umpteenth squelchy lead and screamed self-evisceration begins to lose some of its attack on the second half. I can’t help but think that an album of eight six-minute tracks might stand out more as an LP (it’s meant to conceptually connect with the previous two records, and ends with a clip from Applied Structure‘s first moments) and give listeners a better chance to focus on individual compositions.

Formatting issues aside, Die Sektor deserve no small amount of credit for turning out three albums in as many years which haven’t only avoided heavily falling back on aggrotech’s most basic markers, but have actively pushed its limits and have almost single-handedly made this reviewer revisit his dismissal of the genre. With (​-​)​existence Die Sektor are giving die-hards their money’s worth with a release this thick, and moreover have cemented themselves as an act perpetually deserving of attention, regardless of the mode in which they operate. 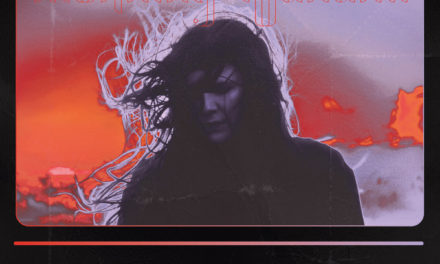 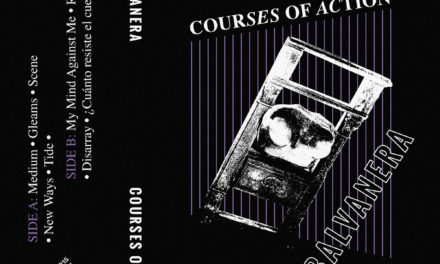