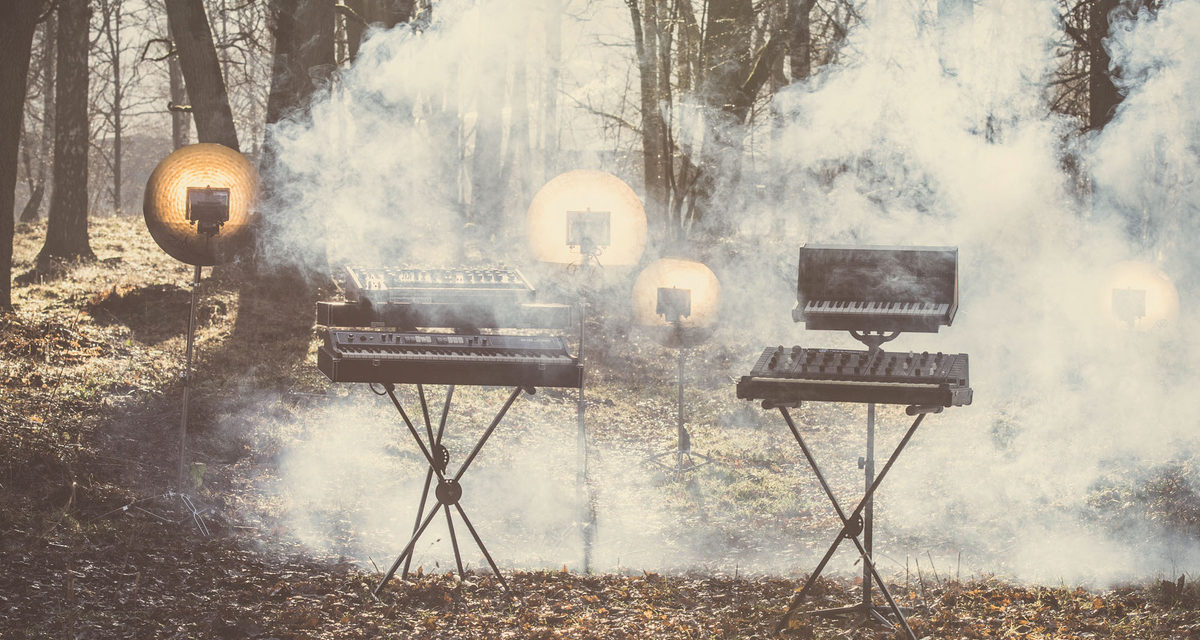 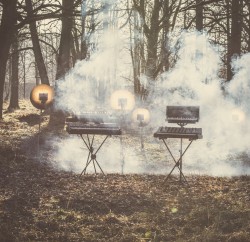 The onset of middle age is a palpable force in music criticism. The sweet, melancholic electropop plied by Kite is catnip to music writers in their mid-thirties, evoking a more innocent, dramatic time far removed from things like day jobs and taxes and RSP contributions. I think it’s that keening quality that causes the Swedish duo to be saddled with the “80s” tag by lazy writers; although their sound certainly has antecedents in the synth music of the me decade (which is far less monolithic an institution than most would have it), listening to their new EP V should make it clear that their strength flows from glorious, naked emotion that lifts them miles above being a simple retro act.

The music on V flows from the widescreen feel of previous release IV, trading in its broad, chunky synth stabs for glorious deliberate builds in arrangement. Kite have always excelled at immediacy, and while that’s certainly still the case here, each song holds some new peaks of elation for the back-end. Opener “Wishful Summer Nights” makes quite the impression with its backmasked vocals in the first minute but it’s when a winding lead and thudding drums emerge that it really takes off, almost half its length passed before it coalesces into a full blown song. Similarly “If You Want Me”‘s falsetto vocals and scraping synthline hold the listener’s attention until an honest and direct lyrical hook emerges, following through to an instrumental section wrought with so much sentiment it easily boosts the track into the top tier of Kite’s short but impeccable songbook.

It’s that capacity for big, genuine feelings that makes what Kite does so magical. The wistful “Dance Again” could have been cloying in someone else’s hands, but between a progression that moves gradually builds from hope to triumph and Nicklas Stenemo’s strangely consoling voice, it doesn’t miss a beat. The importance of Stenemo’s singing to Kite’s success can’t possibly overstated: weird, warbling but never anything less than sincere, it has far more range than a cursory exposure might suggest. Witness how he injects notes of contempt and longing into the dark, bubbling “I Can’t Stand” or the distant cries at the climax of “The Rhythm”, weaving between or riding atop carefully sequenced drums and basslines without ever getting in the way or falling behind.

It’s not much of a secret how Kite have maintained such a mind-boggling level of consistency. With only twenty-five songs spread over five releases since they first emerged a half-decade ago, their quality control is almost unparalleled, each EP a gradual improvement that defies the downward trajectory that plagues so many musicians. Kite’s music keeps climbing higher, taking up more and more space with each expansion until it almost feels impossible that they could get any bigger or better at what they do. Whether they can or not is unimportant; with V they’ve sealed the deal, leaving behind simple genre tags and associations in a blast of pure elation. Highly, effusively, exuberantly recommended.