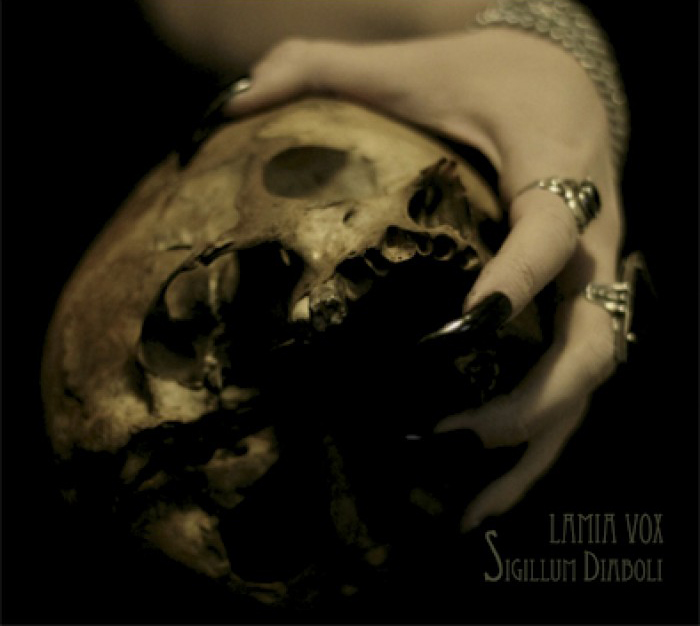 For all of its uncompromising fronts, dark ambient can be a slippery beast. For every pure exemplar of the genre, new or old, for every Raison d’être or Psychomanteum, there are other more liminal cases who borrow from dark ambient’s austere aesthetic but then gravitate towards, say, the sympathetic shores of ambient black metal or rhythmic noise. Russian one-woman project Lamia Vox has a similarly porous take on the genre on sophomore release Sigillum Diaboli, adding strong symphonic and martial elements to dark ambient’s black pool.

Opener “Born Of The Abyss” makes a feint towards a pure strain of dark ambient composition, with almost ethereal pads presiding, but second track “Lapis Occultis” is more of a keystone to the record, bringing some echoing drums and sharply whispered vocals to the mix. “At The Crossroads of the Worlds” opens things up even further, adding simple but effective ritualistic drumming overtop a wonderfully stygian strings and horns arrangement which seems to be forever sloping downwards. These elements are transitioned over on “Witches Night”, with classically industrial drones accompanying murmured voices.

The martial elements which have been circling in the mist come to the fore on the flip side of the record with “Enemy Of Heaven” and “Liberation”, with the former feeling like an especially direct and brazen missive. It’s an odd thing to say, but Lamia Vox’s music sounds martial…but not military, if that contradiction makes any sense. Whatever conflicts, struggles or journeys are represented on Sigillum Diaboli feel as though they are occurring beyond the veil of human history. There’s none of the national or military specificity with which martial industrial usually concerns itself. In this I’m reminded of the cosmically-minded work of Axon/Neuron Vagwa, wherein the signifiers of martial music were used to draw the listener in a more metaphysical direction.

While some of the traditional synth pads do sound a bit tepid at times, the use of choral washes (human and synthesized) is first rate, and, as mentioned, the drumming is simple but effective. More important than any of these elements, though, is Lamia Vox’s keen sense for composition. Like innumerable pieces from In The Nursery, each of Sigillum Diaboli‘s tracks feels like a self-contained document or incantation, marshaling sounds to their flanks out of sheer will. Recommended.