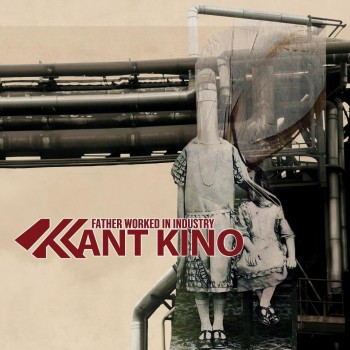 In Conversation is a feature in which the senior staff talk about a recent record we’re listening to. Not exactly a review, it’s pretty much exactly what it says on the tin: two music nerds having a conversation about an album with all the tangential nonsense, philosophical wanking, and hopefully insightful commentary that implies. This week we catch up with the very first band we ever reviewed on ID:UD… 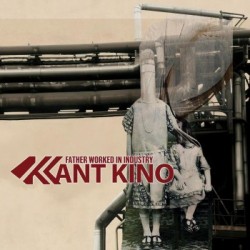 Alex: We were chatting about this the other day, but I think it bears mentioning how cool it is that we’ve been doing I Die: You Die long enough that we’re seeing bands release follow-ups to albums we covered a year or two back. Your review of Kant Kino was the very first album we ever posted, and I think it’s fair to say it set the tone for our coverage in some regards; KK are a band distinctly of what we define as Our Thing, falling somewhere in the electro-industrial/EBM spectrum. Not only that, I think it might be the first example of an artist we discovered by doing the blog that made an impact on our club playlists: “Owner of this House Lives Here” got mad spins from us, as did “LRSBSS” and some of their remixes for other artists (particularly Roppongi Inc. Project and Malakwa).

I think the cheekiness of starting the album with a track calling back to their first album (“We Are Still Kant Kino”) is pretty appropriate, especially where it initially seems like a call back to the more straight dark electro of that record before spinning off into a far more melodic, clean-vocalled chorus than we’ve heard from them previously. Basically, it seems like they’re saying we’re back, and we’re still that band, but we’ve got some new ideas and ways of executing them.

Bruce: Yep. Reintroducing themselves with a very different approach definitely grabbed my attention. The clean vocals and swinging feel of “We Are Still Kant Kino” made me wonder if there’d been a complete scrapping and rebuilding from scratch of the band’s sound, but many of the other tracks still bring a classic blend of EBM and dark electro to their foundation. Were it not for the clean vocals, “Message” and “Übermensch” could easily be mistaken for tracks from We Are Kant Kino – You Are Not.

That said, it’s not just the vocals which have changed. On one hand the subject matter points to a more fun-loving feel (for the record, I’m all for more industrial bands using Billy Madison samples). Less nuclear catastrophe, more songs about girls, including the hilarious “Ich Liebe Katarina Witt” with its Laibach-do-oompah intro. On the flip side, both “Übermensch” and “Father Worked In Industry” seem to be addressing strained relationships between fathers and sons: not uptempo fare but not exactly common to the genre, either. What was your take on the thematic content of the record?

Alex: Well, it feels pretty personal, with the exception of “Freezing”, “Underground” and the wholly unnecessary version of “Warm Leatherette” with Claus Larsen (nothing against their take, it’s just that that song has entered the rarified territory inhabited by “Love Will Tear Us Apart” where it never needs to be covered again), it’s all songs about relationships and self-analysis. I like that they’re willing to inject some humour into those topics; “My Game” is a pretty straight-faced song about dominating your romantic partner, while still containing lines like “I want you to smell like a candy bar” and “I want you to grow my kidney stone”. Silly, sure, but that makes it seem more genuine in a lot of ways. We’ve talked about how afraid a lot of industrial artists are afraid of getting tarred with the joke-band brush, but I think a lot of the samples and lyrics on Father Worked in Industry display that wry wit that a lot of the Scandinavian groups share.

Speaking of “My Game”, there’s just a ton of female vocals on this album, which is a change. Sometimes they’re used to double Lars’ vocals which is fine and adds some dimension to the songs, but there’s also a couple of songs where they take the lead. I’m not 100% sold on them in the latter context to be completely honest: I don’t know what they add to “My Sweetest Crime” other than to bring them a bit more in line with a few of their labelmates on Alfa Matrix. I like them better on the electro-pop tinged “Just for the Comfort of Sleep”, although I think they still erode the character of the group a bit. I like Lars’ delivery a lot, he does the classic dark electro style vocals well, and when he breaks out like he does on “Message” (incidentally one of the best duet choruses on the record) it has some real gravitas. What do you think?

Bruce: (Brief aside: I’m actually digging the “Warm Leatherette” cover: the extra, stuttering beats and Claus’ vocals give it a fresh enough coat of paint that it feels fun.) I hear you on the ambiguous reaction to the female vocals; they work better on some tracks than others, and while they (plus the dollops of humour) make Father Worked In Industry‘s approach feel a bit scattershot, I think that’s a look which often works for the record. The electro-pop detour of “Comfort of Sleep” reminded me a bit of “Deep Waters” on Grendel’s Timewave Zero, but while that felt like a roadbump on an otherwise exhilarating ride, “Comfort” feels like another element in the “everything and the kitchen sink” approach which Kenneth and Lars are aiming for.

That said, for all of the quirkiness, there are some burners here. “Message” is on point and down the pipe, and I’m really enjoying “Reality”. It’s got a very by-the-numbers but catchy lead, and something about the snare sounds used feels a lot punchier than usual on tracks like these. More importantly, though, the vocal melody is great, and I’m liking the very personal and bitter recrimination in it. There’s something almost punk about the itemized and personal confessionals which crop up on the album, something rarely found in a genre which prefers vague generalities and metaphor when it does get personal. I’d be curious to know what prompted the change. In any case, it’s very cool to hear all that contained in a song which I also instantly earmarked for club play.

Alex: Yeah, change is a good thing, and I respect them for not just doing what worked for them in the past. I think one of the coolest things about KK is their willingness to try new things, and shore up their sound with them. Like how they released a neo-oldschool styled body music track as a single between records between, or how they’re expanding the vocal palette on this record. It’s not uncommon for bands to latch onto one new thing (how many records did we hear last year that pilfered from commercial dubstep?) and just run it into the ground, but Kant Kino are a lot more tasteful and mature in how they decide to incorporate new elements into the mix. That might well be a function of how long they’ve been around individually before this project, and having started with a less regimented sound in the first place.

You know my pet theory that 2013 is going to be all about the rebirth of dark EBM, both in terms of classic artists like Vomito Negro and The Klinik making big comebacks and the so-called indie-industrial artists who are emerging from all over. I like where this record falls in that evolving continuum, highlighting how dark electro is basically EBM with added emotion and sweep. It’s the Leaether Strip formula all over, which makes me wonder if that’s why they got Claus to mix the record. Either way, it works for me, should remix well and I figure I’ll get some decent club spins out of “We Are Still Kant Kino” and “My Game”. Final thoughts?

Bruce: Yeah, I was thinking that their comparative experience in the biz had maybe prompted them to take their foot off the gas and explore some areas which younger bands wouldn’t have. It’s cool that so many of the things which made Kant Kino’s debut work for me are shuffled into a much larger set of sounds on this record, but the tiny yet distinct things (the stabby/scrambled vocal punches, namely) remain.

So often we hear about sophomore records being marked by stress and pressure to replicate a batch of songs which might’ve developed over five years within nine months. Father Worked In Industry feels like a big kiss-off to that convention: it’s more flippant but also more deeply personal, more pop but also more screwball. Kant Kino aren’t interested in proving anything to anyone apart from themselves here. They’re “still Kant Kino”: we know that, but more importantly they do.

Father Worked in Industry is currently available on Spotify and on iTunes in some territories, the physical album is released February 22nd.