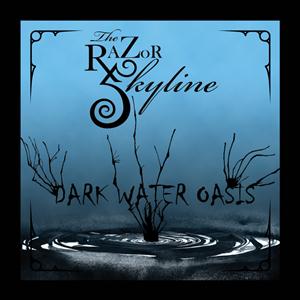 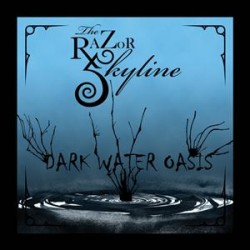 It’s been quite some time since we heard from US darkwave outfit The Razor Skyline – nearly a decade, to be exact. After such a long layoff, the question of what had faded and what had sustained (groan, sorry) in the band’s makeup was high on my mind when I cued Dark Water Oasis up, but that preoccupation quickly dissipated in the face of the smooth and unified sound the_gun and co. had brought to the table. A mix of sounds old and new to The Razor Skyline, but which should strike chords instantly with darkwave fans, combine to make for a rich and enjoyable listen.

After a first pass, longtime fans will likely note that The Razor Skyline have mellowed somewhat: Miska Kazda taking over for Karen Kardell on vocals means the caustically spat lines which intermingled with dreamy wanderings are gone, replaced by an even, smoothly gliding upwards voice that somewhat reminds me of Candia Ridley of Inkubus Sukkubus. The stabby synth arpeggios are mostly gone, with lush pads and well placed guitars carrying most of the melodies, and flickering hand drums taking over a good portion of the percussive duties from the electronic drums (which still pop up on most tracks).

It’s not all new terrain, though: older, smoother tracks like “Andrea” and “Corporation” come to mind, and also point to the mix of supernatural and socially-minded themes which crop up on Dark Water Oasis. For my money, a large measure of a darkwave record’s success or failure rests with its ability to maintain an equilibrium of instrumentation, both in terms of mixing as well as sharing the spotlight. This is doubly true if said record incorporates guitars; too much of them blurs out the subtleties of the keyboards, too few and they just feel like a showy crutch. Everything’s kept in perfect balance on the stormy but quickly catchy opener “Vittoria”, a solid entry in the “goth songs about girls” niche I wrote about a while back, and a tune I’m definitely earmarking for club play.

Jon Klein, he of Specimen and Banshees fame, pops in for some production and mixing on the band’s take on The Eurythmics’ “This City Never Sleeps”. This confluence of external elements (guest producer, cover track) blends in seamlessly with the rest of the record, all somehow combining to triangulate much of Dark Water Oasis‘ sound and why it works: the fun, glammy guitar slides of Klein’s youthful work in Specimen, the ornate, reverentially hushed power of the latter era Siouxsie records he worked on, the sedate, moodily echoing pads of the original composition creating a slinky groove for Annie Lennox’s vocals. The record’s sound draws upon all of that, but also feels directly connected to the history of The Razor Skyline, and darkwave on the whole.

I’d go so far as so peg Dark Water Oasis as my favourite of The Razor Skyline’s four LPs, but keep in mind that that assessment’s rooted in my appreciation for the sanding of some of the band’s more abrasive edges for a warmer, almost nostalgic sound (as on the sweet and Cure-like “Grey Skies”): your mileage may vary. That said, if The Razor Skyline’s earlier material ever caught your ear, they’re offering a great mix of old and new on Dark Water Oasis, and gauging your personal reaction is well worth the time and money. 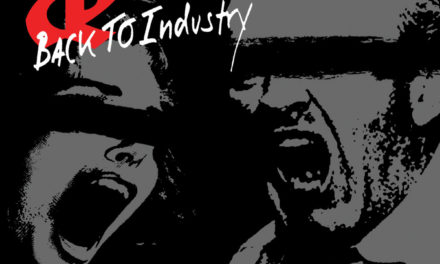 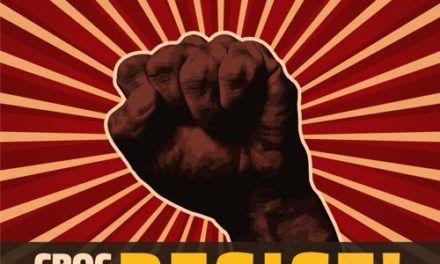