Panic Lift, “Is This Goodbye?” 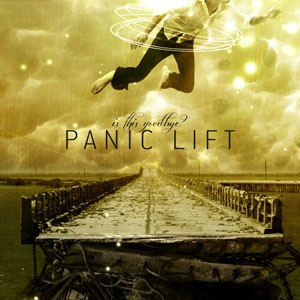 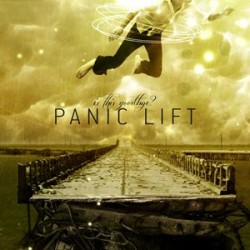 At first blush the second album from New Jersey’s Panic Lift slots in nicely with a few of the more musically ambitious EBM records that have popped up of late. Like recent albums from the likes of Aesthetic Perfection, Necro Facility and Encephalon, Is This Goodbye? is deeply rooted in post-millenial body music while clearly displaying influences beyond it, and like those albums the emphasis is firmly based upon hooky melodies. On paper this record should be a homerun for me, which is why I’m actually a little puzzled; after listening to it for about a week or so, I still feel like it’s not as enjoyable as I want it to be.

After some careful consideration, I think Is This Goodbye?’s critical flaw is a lack of ambition, both in terms of production and songwriting. While it has some quite nice moments, they don’t coalesce into really memorable songs as often as they should, either because they’re underwritten or fail to differentiate themselves in terms of the programming and sounds used. The latter concern is apparent in the way many of the tracks segue from one section to the next; “Kill Me Faster” has the bounce and the hook to yield dancefloor results but lacks dynamics in its transitions, its catchy chorus weighted down to the level of the verse that precedes it, whereas “Footsteps” is built around a single synth progression with the unshakeable feeling that it’s more of an exercise in muting and unmuting loops than actual composition.

The issue of production is easier to pinpoint: there just isn’t very much to differentiate the instrumentals on the album from one another, with many of the basses, leads, keyboard sounds and effects being characterless. That’s generally excusable when the songs are up to snuff, but when they falter it becomes noticeable, as on “Transient” when the piano and vocal modulation take on an uncomfortably generic rock radio feel that actually makes me think of Linkin Park of all things. Similarly, the chunky use of six-string on “Awake” just barricades the song with little else able to break through, a shame since I think there’s actually quite a good number buried in the guitar heavy mix. Apparently Ted Phelps from Imperative Reaction did some work on the album and that’s kind of evident actually: the sound of Is This Goodbye? mirrors the broader feel of contemporary IR for better or worse.

For all my complaints, there are undoubtedly some really solid tracks on the record. Opener “Temptress” is a strong mid-tempo club contender with a sticky vocal refrain from project mastermind James Francis, a subtly complex song that still feels light and lucid, instantly hummable. Additionally, the trip-hop by way of EBM vibe on “Bad Company” is sold by a fantastic performance from guest vocalist Zeena Koda, who lends the track a real sense of soul and personality I wouldn’t have expected. While it’s true that I think these tracks are somewhat anomalous in terms of the success of the greater album, they at least justify the whole affair somewhat; Panic Lift have the capacity to make good music, it’s consistency in execution that needs work.

I don’t think there’s anything I would qualify as outright bad on Is This Goodbye? (okay, the use of the well worn Peter Finch samples from Network on the closing track “We Are the Illusion” made me cringe), and to be honest I feel poorly for dumping on it. I listen to a ton of records from the industrial and EBM spectrum, and rarely does one make me want to like it as much as this LP does. There’s a charm and an honesty to the proceedings I find appealing, and candidly, that may be part of my disappointment with it; Panic Lift are pointed in the right direction and no doubt have the tools and the ability to produce something great. Sometimes a close miss is more of a letdown than a complete failure though, especially when the prevailing feeling it leaves you with is that there’s potential not being realized.