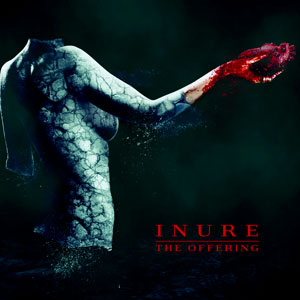 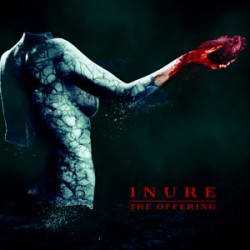 Falling out of favour some ten years ago during the vogue for trance-inflected futurepop, guitars have been making a big comeback in Our Thing of late. With their third effort The Offering, Los Angeles’ Inure have fully embraced the six-string, fitting snugly into the current wave of North American bands reigniting and exploring the possibilities of industrial rock, albeit with their own take on the venerable sound. While the use of guitar is most certainly the most prominent thing about the record, the duo currently made up of founder Adam Moore and Adam Vex have found some interesting textural uses for the instrument beyond just riffing and syncopated chugging.

Featuring production from Imperative Reaction’s Ted Phelps, the record sticks to a pleasingly stripped down sound across its ten tracks. The drum programming is largely rock patterned, and paired with synthesized basslines to provide a bedrock for Vex’s guitars. Considering the prevalence of the latter instrument on most every song, a busier mix might have muddied the proceedings up, but a pragmatic sense of restraint in the arrangements allows the songs room to breathe, and their melodies to remain the focus. “The Call” exemplifies that approach, revolving around Moore’s vocals and equal use of choppy, processed riffage, sustained chords and a gritty leads to fill the track out. Album opener “This Death” hits equally hard, a slower pace allowing a heavy grind to develop, fuelled by quantized rhythms and embellished with a twangy spaghetti western fake-out intro and reverbed synths.

With the group’s history of more straightforward electronic sounds and their self-billed status as “industrial dance-rockers”, one might expect a few more overtures for club play on The Offering. First single “This is the Life”, however, is likely the only song with the tempo and composition to capture all but the most open-minded dancefloors in the current climate. That isn’t to say that the song is “dumb club music” by any means: its rounded bassline and 4/4 kick drum and cymbals hearken back to the sort of DJ-friendly-but-still-rocking jams Steril used to specialize in. The slightly busier “All Alone” might work in the right set, although its charms beyond its strong chorus are perhaps a touch subtle for that purpose. A bit of a shame really, as the lock-step grooves these songs revolve around are certainly danceable, if not formulated for that purpose.

The major failing of The Offering as an album lies in its overall structure, which causes the record to lose some steam in the final third. By having the shakier songs (the title track, the unmemorable “The Mind Killer”, the rote “Cold”) appear there, the 41 minute LP loses some valuable momentum, enough to make the weaker tracks noticeable. It’s a bit of a letdown that an album that shows an excellent sense of pacing and structure on most of its songs would flail in their sequencing, although in the age of shuffle play the flaw may not prove to be glaring for all listeners.

In favoring a unified sound that values space and the songs themselves over other considerations, Inure are making the most of what they have on The Offering. The decision to jettison most everything that would detract from the interplay between its synthesized rhythm section and broad palette of guitar sounds shows a great deal of confidence in Adam Moore’s songwriting, which for the most part proves to be well placed. There’s still a lot of good material to be wrung from industrial rock, and The Offering is an encouraging example of how to do just that. 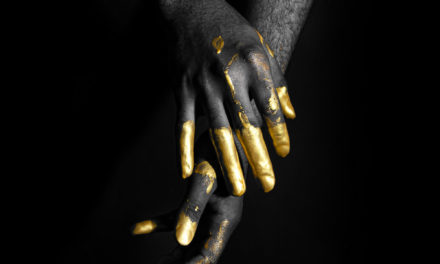