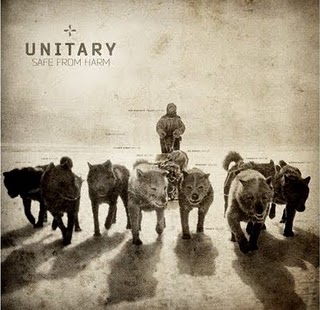 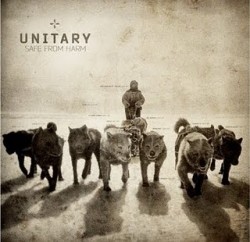 Although we’ve been hearing Unitary (aka Johan Hansson) tracks here and there for years, Safe From Harm is the first full length from the Swedish one-man project. Falling somewhere between melodic EBM and synthpop it’s a confident and well-produced effort that suffers from an unfortunate amount of sameness in the songs and a lack of strong hooks.

Things start promisingly enough with “Cold”, a slower number that matches a grinding bass sound with a punchy synth lead, giving way to an emotive chorus embellished with glacial pads. It’s a stand-out song, reminiscent of some of Neuroticfish’s lusher tracks, although a large amount of that comparison is based on the vocals from Hansson which owe more than a small amount to Sascha Mario Klein, right down to the phrasing. “Calm” picks up the pace a bit, but doesn’t depart especially from the opener in mood or structure. It’s a good example of what’s wrong with the record as a whole, it’s very full-bodied and and listenable, but doesn’t stick at all, the moment many of the songs end you’re hard-pressed to recall anything more than a general idea of what they sounded like. Things stay on a disappointingly similar tip for several songs afterwards, each track varying some elements; a choral sound here, a vocal filter or tempo change there, but never pushing the parameters established by the very first song. Consistency is a virtue but also serves as a bit of a straightjacket, one never gets the impression that Hannson is pushing himself despite clearly being quite musically capable.

The last third of the record does go a ways towards rectifying some of those issues with a few pleasing departures. The bouncing bassline of “Zenith” and the icy groove of “Closer Away” each take things in satisfactorily different directions and the piano-led ballad “Woven Heart” is lovely. They aren’t enough to elevate the album above decent record status, but do suggest a great deal of potential for Unitary’s future efforts. Applied to more memorable songs, Hansson’s talent for atmospherics should be capable of producing some excellent music. Although it fails in some regards, perhaps Safe From Harm‘s greatest strength is in establishing what the project is capable of down the road.

You can buy Safe From Harm here.