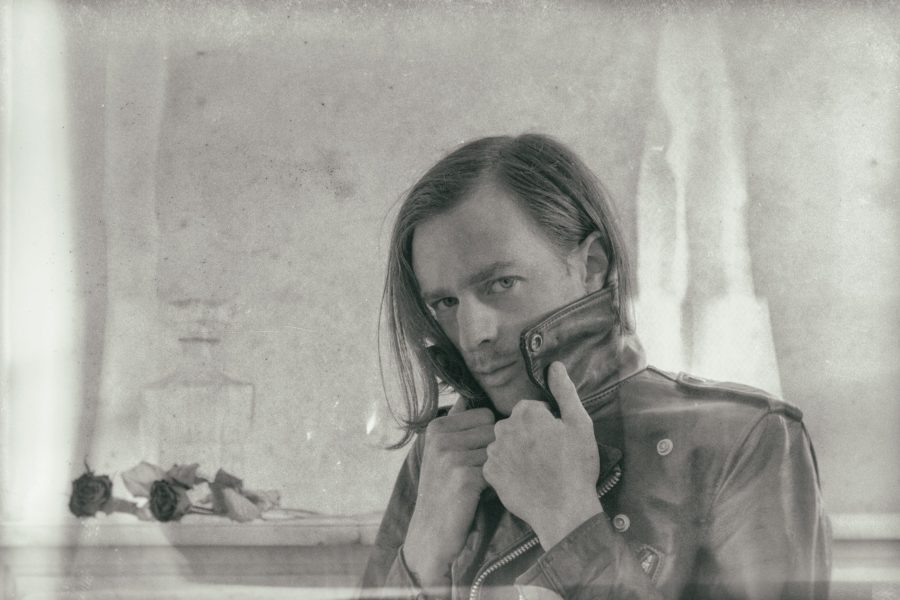 And lo, the end of Summer and onset of Fall was again upon them, and the Senior Staff was gripped by a vague uneasiness, knowing as they did that the final third of the year would bring a torrent of albums, EPs and singles with it. Actually compared to previous years things have felt a bit more manageable around these parts, perhaps owing to our mellowing with age and not feeling stressed about writing god damn record reviews, a thing which we did worry-free for years before this website and will likely do for years to come after we put I Die: You Die into the ground. Then again, maybe all the new releases are being saved for the return of Bandcamp this Friday and we’re about to get buried in an avalanche we didn’t see coming. Only time, and maybe the clues provided in these Tracks posts, will tell.

Panic Priest, “Self-Control”
We had the pleasure of rocking out to Panic Priest’s cover of venerable eighties new wave hit “Self-Control” (as originally performed by either Raf or Laura Branagan depending on what side of the Atlantic you hail from) a few weeks back at Terminus, and lo and behold, it’s now made it to Bandcamp. Amazing how well the song ports over to Panic Priest’s big anthemic vision of darkwave, no doubt in part to the assists from subject matter expert Daniel Belasco of GAB who does some programming. A nice later summer playlist addition from one of our current acts, who we hear might have something coming up on the horizon.

Poison Point, “Poisoned Gloves”
Between IV Horsemen and the underrated Aleister Blake project, Timothée Gainet doesn’t lack for outlets for the exploration of various strains of EBM, but the Poison Point project has always had a hint of coldwave & minimal wave. Forthcoming LP Poisoned Gloves looks to be bringing all of Gainet’s various interests together if the first samples are any indication. While other pre-release track “Fallen Hearts” brings a clear synthpop influence, the title track’s reverence for sickly and menacing classic dark electro is scratching a real itch for us.

Wares, “Complete Control (Devours remix)”
We aren’t gonna front like we’re super familiar with the work of Edmonton indie-pop act Wares, but we are definitely on board with this very club friendly remix of their track “Complete Control” by Devours. A quick a/b comparison of the original and this version is pretty instructive; with the fuzzy guitars and hard-hitting drums absent, Devours brings in a synthetic arrangement that emphasizes the slightly worn and spooky tone of the vocal and gives it a little club bounce to boot. We know we go on about Devours’ work as a recording artist and performer, but remix game on point too.

Witch Of The Vale, “Love Of A Father”
Weighty and harrowing stuff from Scottish duo Witch Of The Vale, who add some industrial oomph to their normally more atmospheric and serene approach to darkwave. It’s a move that befits the pained subject matter, but also leaves plenty of room for Erin Hawthorne’s always evocative and rich vocals.

Driada, “Ветви одной сакуры/Branches of one Sakura”
Some real pleasant electropop from Moscow from Driada, an act who we know via the absolutely stonking rework they got from Randolph & Mortimer a few months back. The nice thing about a track this minimal is that there isn’t a lot to hide behind in terms of production, which means that everything, the vocals, the programming and general production all have to be on point lest the whole thing fall to pieces. This is definitely a case where the mellow mood doesn’t betray the song’s energy or delivery one bit.

Archon Of The Fairlight, “Obscenity (Adam Erebus Remix)”
The Georgia-based Archon Of The Fairlight impressed us with their hard-hitting, roots approach to electro-industrial when they emerged earlier this year, and as a follow-up to the Fatal Exception EP we now have this remix done by Adam from HAEX. Lending the classic post-industrial pulse of the original track some extra charnel atmosphere and club flourish, it’s a great demonstration of how markers from the past couple of decades of European electro can be reconnected to North American industrial fundamentals.