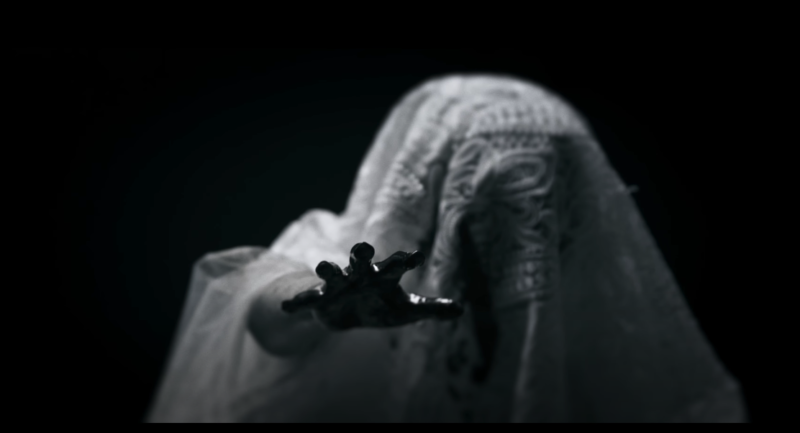 So did your feeds blow up with people double-taking at that recently rediscovered recording of Layne Stanley sitting in with 242 at Lollapalooza the way ours did? The recording which was making the rounds seems to have been pulled, but you can still hear Stanley join in on “Religion” at the 32 minute mark here. An odd reminder of 242’s flirtation with general alternative success in North America, but also of the fact that the bands fairly or unfairly tagged with the grunge label weren’t a hermetically sealed-off bunch without any interests outside of their own music. Hoping 242’s imminent tour goes relatively smoothly for all, let’s get to this week’s tracks.

SPÆCIALISTA, “Dystopia”
Pildoras Tapes, the label behind a good portion of the hottest body music coming out of South America these days, has just dropped a massive digital comp featuring works by plenty of the acts who’ve drawn the attention of discerning DJs south of the equator for the past few years: Filmmaker, Stalker Ego, Ravetop, Anti-Yo, and Columbia’s SPÆCIALISTA. The latter brings bubbling programming and colourful harmonies to a rock-solid beat on this number. Wanting to get caught up on some of the freshest music we at ID:UD are tracking right now? No better place than Pildoras II.

Defrag, “Glass Ship”
Jeff Dodson’s work as Defrag is marked by a keen sense of design – both in the sounds used in the project’s music and in the visuals that accompany them. Thus it is that “Glass Ship” grabbed our attention, you can appreciate the ultra-high definition programming and arrangement of the technoid track just fine on its own, but paired with the breathtaking video the song takes on a whole new dimension of meaning and resonance. Genuinely artful stuff from a project that makes calculated moves with big payoffs.

Patriarchy, “Lock Jaw (Kris Baha Mutation”)
Los Angeles’ Patriarchy are back with a new single featuring two remixes from EBM wunderkind Kris Baha. While we enjoy the club mix just fine, it’s the “mutation” version of “Lock Jaw” that really grabs us; the song’s synthpunk meets sultry-pop melodies get funked up via some big octave bass and synth chimes, giving the whole thing a body moving horror movie vibe. Definitely one for the dancefloor and a reminder to keep your ears open for Patriarchy, they’ve been doing a lot of interesting stuff over the last two years.

Blac Kolor, “Unpleasant Nature”
We’re closing in on a full decade’s worth of work from Hendrick Grothe under the Blac Kolor name, and the Leipzig producer hasn’t slowed down a bit or cut any corners. The latest installment of Grothe’s 24U digital 12″ series has just dropped, keeping a steady stream of frenetic but finely sculpted club focused tracks like this one coming from camp Blac Kolor. Nearly a quarter century later, Dark City remains a fantastic sample source…

David J Bull, “Possession”
Cardiff-based producer DJ and producer David J Bull comes stateside with the forthcoming Body & Beat EP, due February 25th from the good folks at DKA Records. If you’ve been feeling the bands that have been touching on New Beat and early NRG sounds in their EBM, good news because “Possession” reminds us of the sort of proto-Mortal Kombat banger you used to get from the likes of Kode IV and any number of Talla 2XLC projects (not to mention modern producers like Andi). Solid and intriguing stuff from a new to us artist plying a sound we’ll never tire of.

Shaman Tud, “Танцы до неба”
Georgian act Shaman Tud work with psych and garage rock sounds for the most part, but this track from their new LP Salut caught our ear with its throwback EBM/dark electro style. Lo-fi, densely packed, and adding some eastern acoustics and scales, this feels like Xorcist taking a tour around the Black Sea.