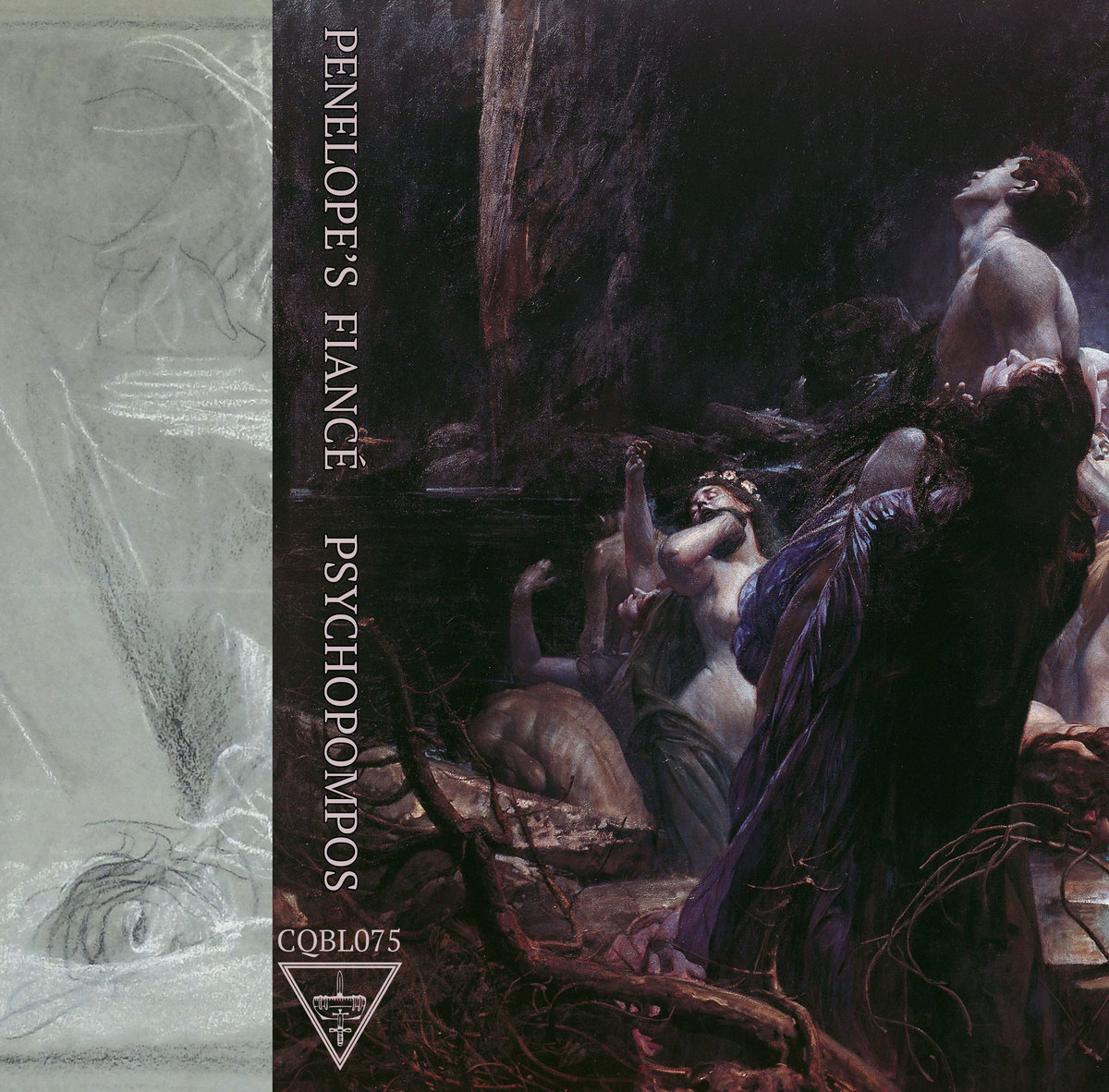 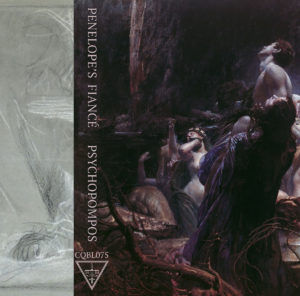 The distinction between pursuing lo-fi and blurred sounds as a conscious aesthetic choice and it simply being the byproduct of process or gear can be difficult to make, especially in the more obscure corners of the post-industrial noisescape. Regardless of origin, Greek producer Fanis Tornikidis’ work as Penelope’s Fiancé uses fuzzy and grimy textures to good end the new Psychopompos LP, as befits work that falls somewhere in the martial and ritual industrial nexus. But ultimately, it’s the unique rhythmic work added to the mix which lends the record its lasting appeal.

Murky chimes, pads and beats quickly slide by on the record’s twenty-two tracks (making up less than an hour!) with a combination of rubbery proximity and icy disinterest. It’s often not too far away from the sort of solemn and tense mood Dom Fernow creates with Vatican Shadow, though Tornikidis’s programming and rhythms change and mutate far more quickly, never firmly establishing the droning dread of VS. Instead, the aesthetic is one of metaphysical dungeon synth which often ends up sounding more like the soundtrack to a lo-fi tour of heaven, or at least purgatory, than the average MUD.

As mentioned above, Psychopompos carries a lot of the sounds and timbres of martial industrial, but the resulting arrangements never hold an oppressive or military mood for long. Check the quick switch between the stoic fanfare of “Litany III – The Repenting” and “One Day Everyone Will Be An Unbeliever”. The latter’s mysterious synth horns shift between being vaguely mystical and downright tropical. Those sorts of abrupt turns keep occurring throughout, with all manner of rhythms and modes being explored.

This sort of experimentation is perhaps to be expected from Tornikidis. His previous EP for Detriti, Farasan Racer, seemed a conscious attempt to explore Middle Eastern music, and while there’s still a good amount of that here, Psychopompos doesn’t limit itself. The rolling fills and pings of “Litany VII – Freed From Guilt” are rarely found in styles which pride themselves on somber contemplation, while “Litany V – The Empowering” has a bouncy chant vocals synth patch that can’t help but have one imagine monks beatboxing. Hell, there’s even some gigantic, echoing trap thrown in on “Litany IX – Overcoming Death”.

Again, the textures and gloom of Psychopompos will likely be familiar to anyone who’s explored the more consciously hermetic forms of dark electronic music for the past couple of decades, be it ritual industrial, dungeon synth, or witch house. Were it limited to that, the record and its religious and metaphysical themes would be pleasant enough. But thanks to an open-minded and capable approach to rhythm, Tornikidis enlivens and offers new perspectives on sounds that too often seal themselves away from the sort of vitality worked out in Psychopompos‘s rhythms.