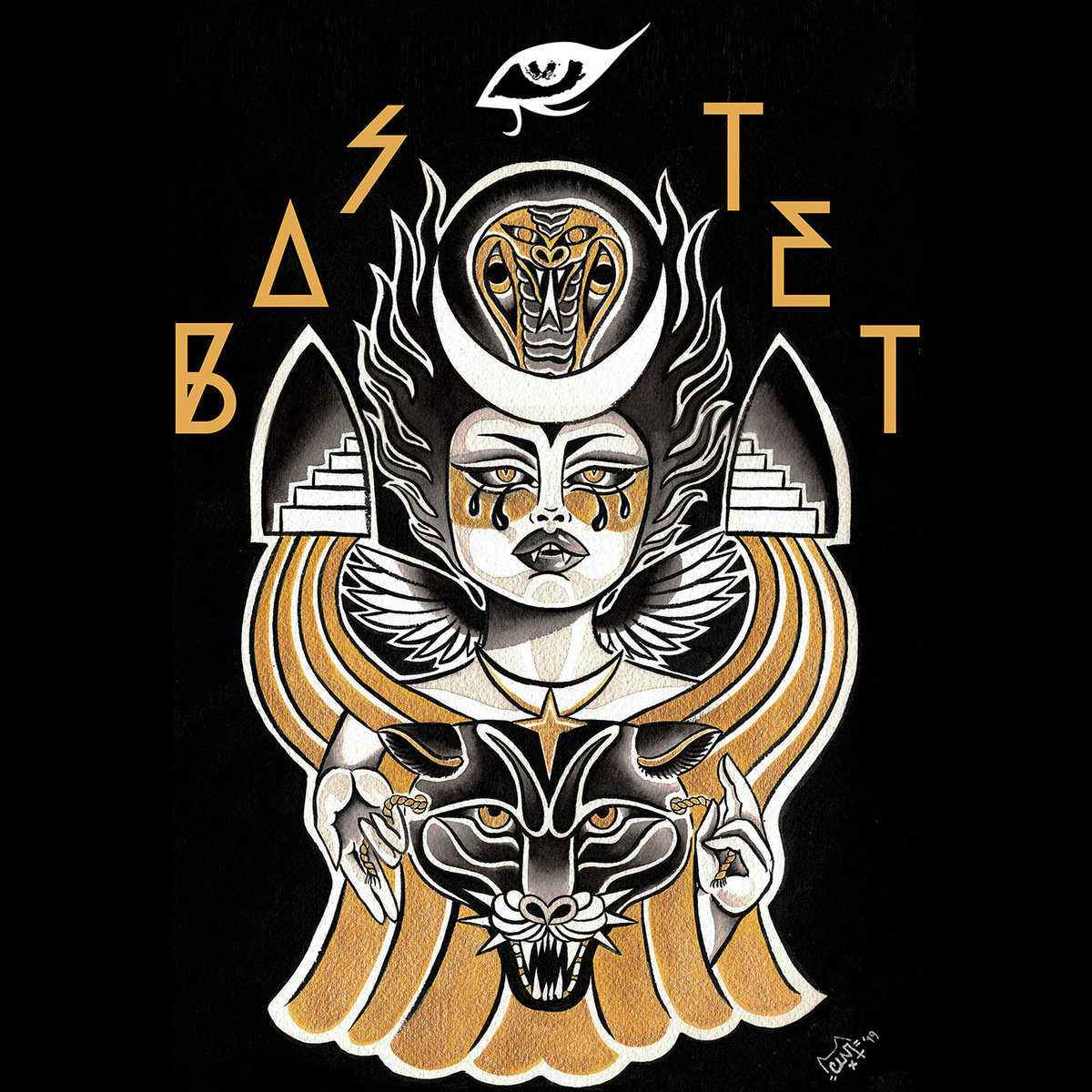 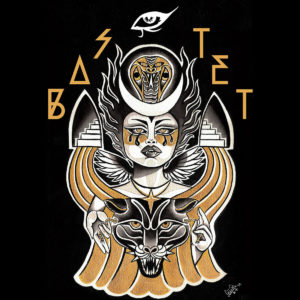 Bastet
Lucid Duality
self-released
The debut EP from Oakland’s Bastet which appeared late last year did a good job of introducing the quintet’s garage-heavy deathrock style, but was more of a proof of concept than a full release. Their new Lucid Duality release expands on this slightly, with the tracks from that EP, Dawn Of Darkness, reappearing here in remastered form (with the odd additional synth line here and there if I’m not mistaken) along with three new tracks. As mentioned here before, the halting speed of tunes like “Shadows Of The Night” speaks to Bastet’s looser take on deathrock, but the newer stuff shows off a bit more variety. “Séance” works a slow pace to draw out the sort of ghostly mood its name demands, while things get sped up to classic deathrock workout speed on “Transparency”, which has the sort of quasi-hardcore chorus you’d want from a California act. Bastet get a bit more ambitious with the (comparatively) lengthy closer “Reflections” with a surprisingly rich-sounding symphonic bed emerging out of synths and guitar. If you missed out on Bastet last time, no worries – Lucid Duality gets you up to speed – though I’d guess that they’re just beginning to test broader waters. 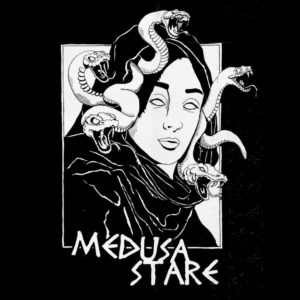 Medusa Stare
self-titled
self-released
Seattle’s Medusa Stare describe themselves as anarcho goth, and damn if that isn’t a pretty good descriptor. Sonically located between OG acts like Christian Death and Rudimentary Peni and contemporary dark punk acts like Lié, the music on the sextet’s self titled release is that familiar but enticing mix of atonal vocals, spindly buzzy guitar lines and a lumbering rhythm section. Songs like “Death Mask” and “Grave Robbers” show the band doing the horror punk thing to good effect, although it’s in the band’s spoken word pieces that they really set themselves apart. Poetics are a not so secret part of what defines the more gothic end of deathrock, and Medusa Stare tap into that, with narratives both personally and politically fraught on “Poison Garden 1” and “Poison Garden 2”. Where those tracks tend to favor the spoken angle, there’s some nice synthesis of each approach present as well, like on opener “Fires of Beltane”, the brief spoken descriptions setting the stage for the song’s rough groove and nasty chorus.