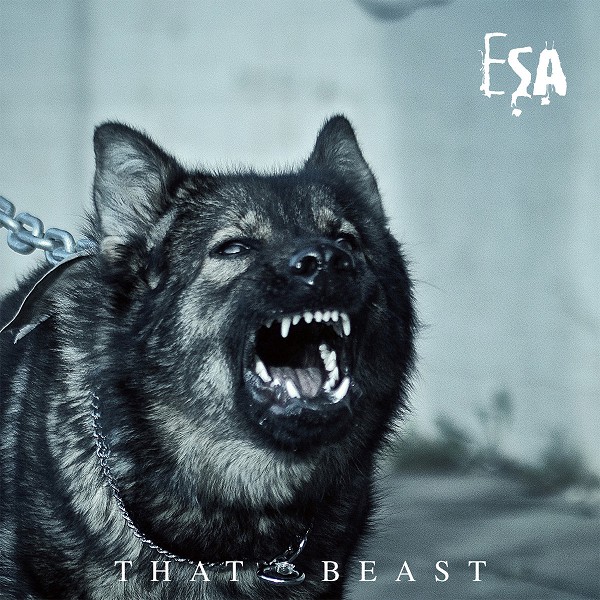 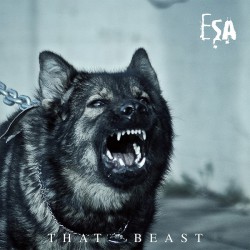 Jamie Blacker’s first record as ESA since completing his Themes of Carnal Empowerment trilogy back in 2015 is That Beast, a title it more than lives up to. Where ESA style has always involved the layering of texture, melody and atmosphere over classic rhythmic noise, rarely has the end result sounded quite so ill-tempered and brutish.

Part of that fierceness is certainly due to how present Blacker himself feels in the new material. While the deployment of his own voice is still sparse – he sings on opener “I Have Clarity”, “Look Down Below”, “I Want it Now”, and duets with German artist Massenhysterie on “Carry the Noose” – the material reflects the intensity he displays in his live performances, both as ESA and as the defacto frontman for tribal industrialists iVardensphere. While a song like the title track isn’t a huge seachange in approach, featuring crunchy rolling basslines and beefy kicks, the way it’s arranged around twisty builds and breakdowns is especially impactful. Similarly, the staggering “I Know” spends a goodly portion of time gathering momentum, shifting focus from guttural yelling to thick pads before integrating them at the song’s climax. There’s a purposefulness in how the songs are constructed that seems to directly mirror the vigor Blacker conjures on stage, translated to record in a way that we haven’t necessarily heard before.

There’s also a case to be made for just how the rich and heavy sound design of That Beast contributes to its gravity. Listening to “Then Follow Me”, it’s striking how its thudding percussion is rendered distinct from the looping vocal sample and the busy synthlines, expressing density and width without losing any definition. See also the chattering synths of “Like Meat (Spoiled)”, given enough of a sharp edge to cut through the tracks meaty rhythm section. Some of that approach feels like it might be a direct reflection of Blacker’s work in iVardensphere (Scott Fox of iVs provides bass on “Then Follow Me” and Yann Fausurrier mastered the album) but aside from the nasty grooves of “Bad Blood Will Out” there’s nothing here that especially feels like that project, beyond a general dedication to distinct and deliberate production.

Ultimately though, That Beast succeeds by taking the things that ESA was already known for and delivering them more forcefully, but also more thoughtfully than ever before. It seems strange to attribute a record so steeped in ferocity with that kind of workmanlike refinement, and yet it’s that tension between its coarse temperament and its attention to craft that give it life and energy. Bellicose and turbulent without being crude or unpolished, it’s a record that knows when to reign the beast in, and most importantly when to let it run free.