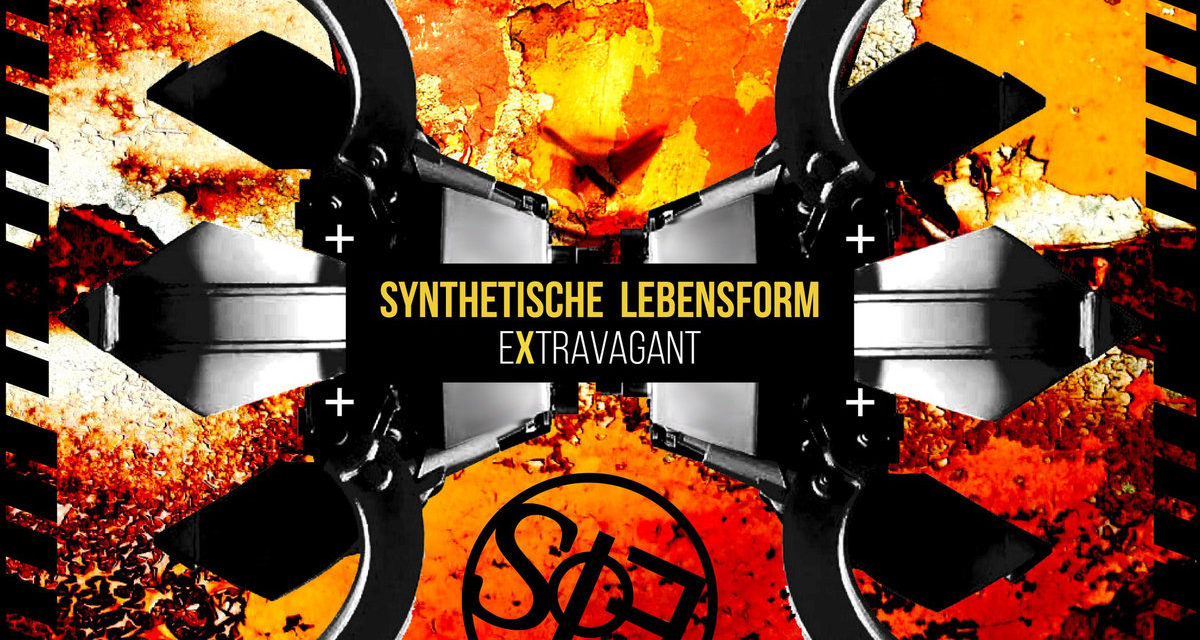 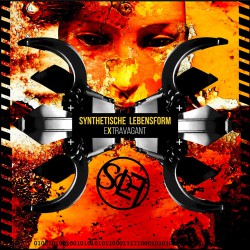 The studied industrial fan could be forgiven for thinking they’d gleaned all they needed to about the sophomore record from Russia’s Synthetische Lebensform by looking at its cover art. Would-be Dave McKean style layering and blurring of organic and mechanical forms, not to mention the band’s logo? It all adds up to pure adulation of Front Line Assembly. And make no mistake about it; a good part of the appeal of Vladislav Coffee and Yaroslav Artamonov’s approach on this record stems from their fluency in the most immediate and straight up deliveries of classic electro-industrial tropes. But Extravagant has a couple other tricks and influences up its sleeve, and is able to dish out some more contemporary fun alongside its iteration of those familiar forms.

Like I said, the FLA markers on the album art aren’t just there for show; Extravagant makes many homages to classic, rhythmically driven electro-industrial. The duo have a good sense for classic synth basslines, and their instincts for layering and pacing on highlights like “Bright Worn Gears” and “Impact Of Technology” pay off dividends. Both tunes cinch Caustic Grip style foundations and manage to build enjoyably punchy structures overtop, with a sprinkling of later dark electro overtop.

But Extravagant isn’t as restricted in its scope of influence as the album art would lead one to imagine. Synthwave’s approach to clean melodic lines crops up here and there (check the bouncy synth lead on “Back To Reality”), and I found a fair bit of commonality between Synthetische Lebensform and Encephalon at points: “Ghost Shadows” and “That You Choose” have a similar flair for dramatic, almost metallic builds and breakdowns as some of the Ottawa act’s more stompy moments. I’m not exactly sure what the utility or demarcation of “bonus tracks” is on a digital only release, but those which close the album off do vary the pitch up a bit, taking the form of sample heavy instrumentals and slightly more contemporary techno-inflected pieces.

Extravagant isn’t without its faults. The odd track runs a bit long or falls flat due to an uncertain vocal delivery. It’s wearing its influences very much on its sleeve, literally (again check the cover), and it isn’t reinventing the electro-industrial wheel, armor-plated or otherwise. But it makes a virtue of those homages more often than not, and retains a sense of fun and infectious energy for most of its duration. It’s a genre exercise to be sure, but one which seems motivated by honest love and passion for said genre, and does a more than serviceable job of communicating those qualities to listeners. Recommended.