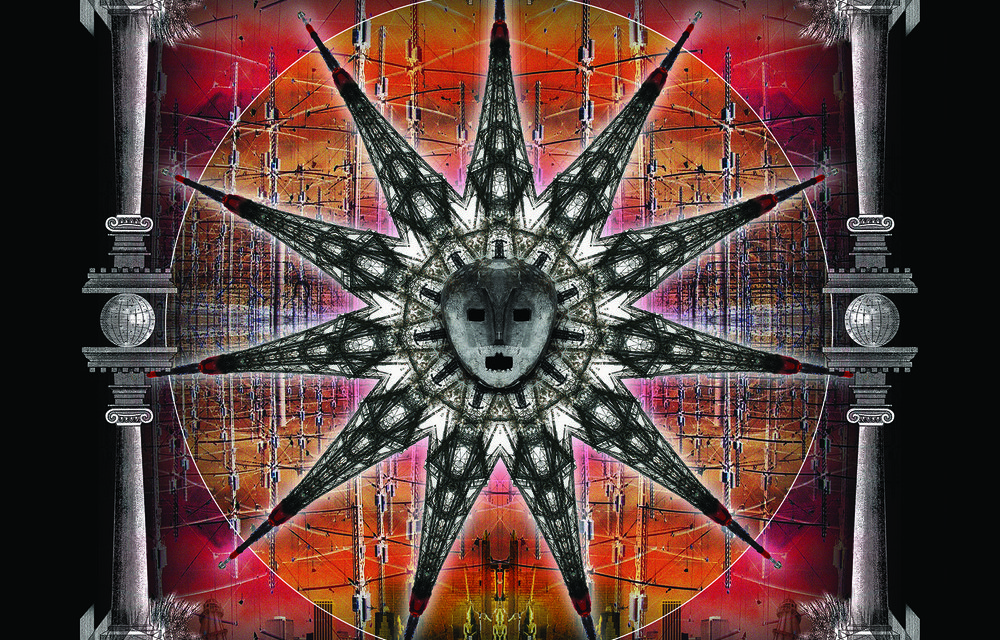 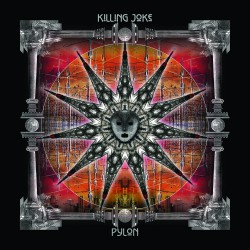 Alex: You know what’s weird? Even though I’m well aware of Killing Joke’s track record in the post-reunion years, I’m always surprised when they have a new album come out and I really enjoy it. Ever since the self-titled album in 2003 (is this where the obligatory reference to Dave Grohl and the “Eighties”/”Come As You Are” connection usually goes?) they’ve never let me down with anything, and yet I always sort of expect that their next effort might be the point where they start to show cracks. Not this time out though, because Pylon is really excellent, and is getting the attention and hosannas it deserves, not just the ones that usually get lavished on bands of their vintage just for surviving this long. Seriously, they formed a year before I was born and don’t sound like they’ve lost a step in all the many years since. It’s remarkable.

Lots to discuss once we get into it, but I have a weird question about the general reception for the LP: Firstly, does this fall into the rubric you and I have discussed where for some reason every other Killing Joke album since 2000 gets a lot of media attention? You know, how everyone loved the self-titled, kind of ignored Hosannas From the Basements of Hell, came back around for Absolute Dissent, nodded positively but quickly forgot about MMXII and then have decided to really hype up Pylon? Is there something in the way the broader alternative and rock music press perceives Killing Joke that makes them only intermittently of interest? I’m genuinely at a loss to explain it myself.

Bruce: This one does seem to have a chunk of buzz, it’s true. We’ll see how things look by the time the Gathering rolls through town in February, and whether the tour is getting any serious play in mid-level press. I’m wondering if the live component of the Killing Joke machine is perhaps the cause of this odd hot/cold dynamic. When they toured in 2013 it was under a “greatest hits” banner rather than in support of MMXII, and a quick gander at their gig history suggests that Hosannas didn’t get the same touring support that the self-titled or Dissent did. I guess that could be a function of their demographic; older crowds tend to come around to their old favourites’ new releases only if they’re touring.

Pylon definitely seems to be custom built for the road; it has none of the softer introspection of MMXII and nary a hint of the slower jams which crept into the flip side of the otherwise aggro Absolute Dissent. In the first three tracks The Joke quickly cycle through thrash, groove, and disco beats, but each of those tunes are so direct and up-tempo that the attack never really lets up. Apart from the sludgy funk of “New Jerusalem”, everything on Pylon churns along at a good clip that I imagine will work well live. On that note, while it’s perhaps not remarkable that a band this long in the tooth is capable of trading in so many styles of rock, it’s perhaps only now occurring to me just how “rock” Killing Joke are. Yeah, like most of my friends I got into KJ through their cred in post-punk and industrial circles, but they’re that rare (still active) band that I’d hesitate to tag as being anything more specific than rock. That…feels odd given how little time or care I’ve given to that most hoary of styles for the past ten years. I mean, I’m not the authority to go to on this, but I feel Killing Joke are that rare aging rock band who still hold some currency in the present subcultural miasma.

Alex: Is it a thing where “rock” fits as a descriptor because anything more specific else feels inadequate to capture Killing Joke? That’s kind of how I feel, especially listening to Pylon. It’s not specifically post-punk or alternative (whatever the hell that ever meant) or metal or what have you, it just sounds like Killing Joke. That’s a pretty good jumping off point for a thought I had while listening to the album: the way this record references a lot of KJ’s history is really terrific. For example, if you’re looking for traces of their middle 80s period, you get some of that on “Big Buzz” with the huge chorus and a killer riff. If you want some of their early snarling energy on “New Cold War”, and as you mentioned “New Jerusalem” references their occasional forays into funk and dub. Opener “Autonomous”‘ use of programmed synthlines puts it in line with what they were doing around “Pandemonium” and “I Am the Virus”‘ super-driving chug places it in line with the self-titled and Absolute Dissent.

And so you have this record where it has all these cool references and nods to the catalogue, but where the whole thing feels very united as Killing Joke. That’s probably a real testament to their oft-cited status as an ur-influencer on left of center rock music of all kinds: they own these tropes when they invoke them, and know how to work them to maximum effect. Once again, these are things I’ve been thinking about with them over the last decade, but it’s nice to have them reaffirmed so completely on an album. I think the propulsive, straight ahead quality of the record you mention certainly adds to that sense of this being a band doing the thing they do really well.

Bruce: Yeah, it seems insane to talk about a good jumping on point for Killing Joke thirty seven years on, but you really are getting a solid representation of just about everything they’ve turned their hand to. I’m especially impressed by how smoothly the synths blend into the picture this time out, adding a jittery immediacy to plenty of the tracks without taking any menace away.

All that being said, do you think there’s maybe some danger of stagnation in the midst of this fantastic renaissance Killing Joke have been having? They’ve been firing on all cylinders since the 2003 self-titled LP, but apart from the softer moments of MMXII and the almost Ministry-like repetitive bludgeoning of Hosannas, many of the records and tracks are starting to blur together for me. The recurring lyrical themes of government and corporate control (countered by communal Dionysian revelry) are also compounding this. On the one hand, it’s all great material and if it’s what the band feels excited about doing then god bless, by all means, but on the other are you curious as to what this revitalized classic line-up would do if they hit the aesthetic reset button?

Alex: I guess that’s the double edged sword of being so characteristic in what they do. To wit, when you always sound exactly like you, you never sound like anything else. I guess you could make the argument that if they had stuck the course so hard in the pre-millennium days that they wouldn’t have as much history to reference and plunder, but I sort of feel like that’s looking this particular gift horse in the mouth. I mean I’d be quite curious to hear Killing Joke turn themselves inside out (for the umpteenth time in their career) but with Youth and Jaz still active in outside musical pursuits that are far different than KJ, I’d wager they don’t feel the need to change up what’s been working for them.

So the question then becomes how long can they keep riding this particular pony? Is their cachet and capacity to work within their own identity without losing steam a finite resource? I’m not convinced it is, or that a day might come where I’m tired of hearing a new Killing Joke record. I mean they’re still writing songs on the level of “Euphoria” and “Big Buzz”, which bleed essence and vitality by the bucketload. They’re pretty sly about not wasting any of themselves, and if there’s cracks in the armour I think they’re too smart to ever let them show. Which is my parting thought I guess, that Killing Joke are still so wonderfully monumental and grandiose that it can be easy to forget that it’s not just power but smarts that got them to where they are. Would you concur with that?

Bruce: Definitely. They’ve had more than enough years in the game, more than enough phases, and as you said, more than enough dalliances with extra-curriculars to iron out the kinks and make the sort of records they want to make. You hear from time to time about some artist who’s had a mental or process-based breakthrough well into their autumn years, and that they think that only now are they actually beginning to paint or write or what have you. I wonder if that’s what we have here: the refinement of what Killing Joke wants Killing Joke to be. They’ve absolutely fuck all left to prove to anyone but themselves, and we should all be so lucky as to get to have as prolonged a victory lap as they have, punctuated with forceful statements like Pylon. Honour the fire and all that, Jaz.