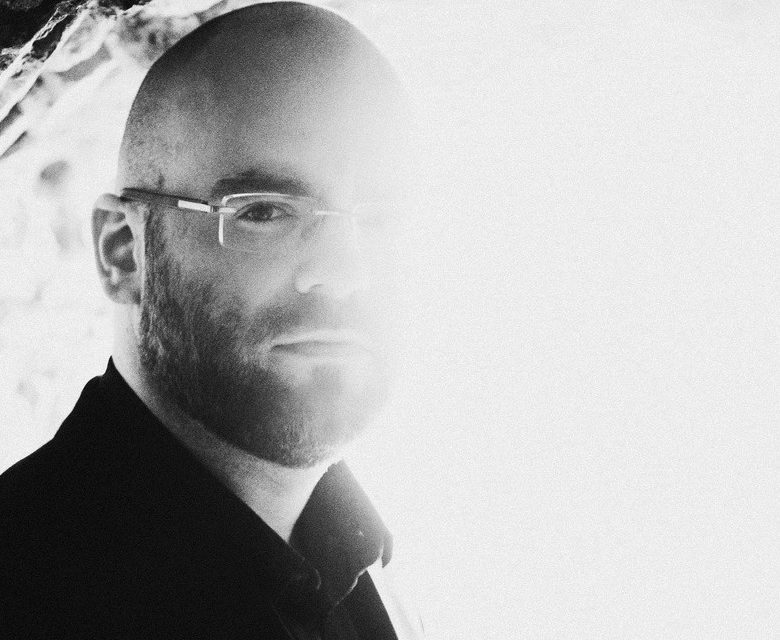 As we’ve commented before, Jerome Reuter earned the right to take a look backwards at his voluminous discography, especially by the often nostalgia-heavy standards of neo-folk. However, he held off on releasing Anthology, a twenty track compilation, until he’d logged a full ten years (and, depending on how you count things, ten LPs) of sometimes stoic, sometimes melancholy, often military, and always affecting music. We’ve talked to Reuter in the past, but were keen to take the opportunity the occasion of a retrospective release to ask him to comment on looking back at his own work, and a few songs in particular.

“I don’t feel like I’ve arrived at anything permanent yet. I guess that’s not the idea of it all, anyway.” 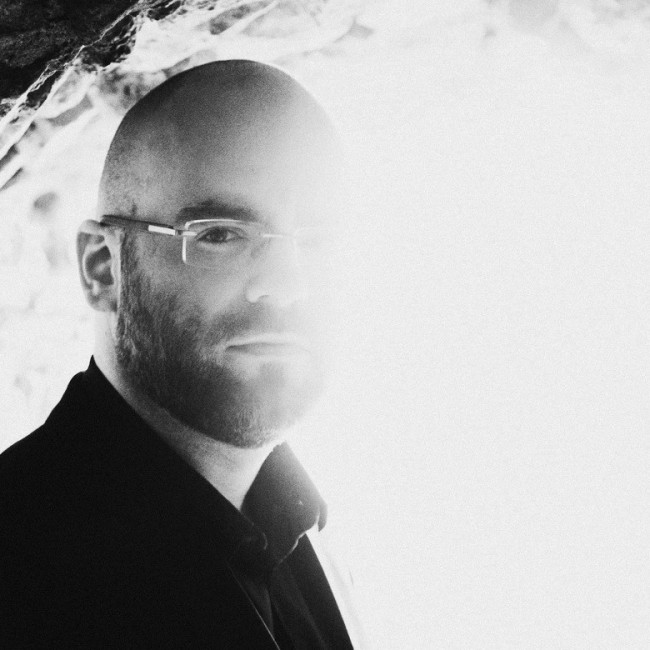 I Die: You Die: Rome has amassed a considerable discography over the last 10 years, with numerous stylistic shifts and changes in subject matter. How did you approach conveying what Rome is about on a single CD compilation? Was their a particular approach you took to song selection?

Jerome Reuter: It was indeed difficult to come up with a decent selection. I mean, you know everybody has their favourites and you’re probably going to pick some songs people would not necessarily include among their absolute favourites. I didn’t want to leave the decision to the record company though, cause they might have just picked whatever songs have sold best over the course of the last few years. I mostly wanted to give people who are not familiar with Rome yet an overview of what I’m doing. But then you sit down and go through it and you realise you’ll only make about 20 songs fit on there (some editing was done to allow for that, actually) and so you take what in your eyes are the two most important songs of each record and that’s it, really. I wanted to have something from each of these ten albums, of course. It’s an impossible task, I’m afraid. But I hope the selection is somewhat comprehensible to most.

ID:UD: You’ve studiously avoided going the route of revisiting your own material in different recordings, instead focusing on consistently releasing large numbers of new songs. How does it feel to be looking back on your own creative output in a release for the first time? Did you get any additional perspective on your own work from the process?

JR: It’s a bit frustrating really, cause you see that whatever vision you’re having right now for this project is not really there yet. Tot facienda parum factum, as they say. To me it’s more like “ok, not bad so far, but this is not yet really what you’ve been trying to say now is it?” I mean I do really like some of the stuff and I do enjoy playing these songs live (note: at least half of this anthology selection is played live at every show) but I am working on something new now and I want it to be good. And I see a lot of repetition in these ten albums and I fear… I mean, I hope I’m going to come up with something decent again. I don’t like looking back.

ID:UD: You’re in the midst of a 10th anniversary tour, and even hopped over to North America for a couple of one-offs in Los Angeles. How has your approach to playing live changed over the past decade, and have you noticed any distinction in how Rome’s received in North America as opposed to Europe?

JR: Yes, we actually played several shows around CA again this year. And it was a lot of fun and a great experience. (Thank you, Merrick) It’s still something very special for us to be on tour in the states. Cause obviously we grew up with so much music that was created in the US – especially LA and SF. And even though Europe has given us more influential writers and artists to look up to personally, North America is still shaping modern culture more than anyone else. For now. As for the reception, well, we had a very warm welcome there to be honest. The first California campaign went extremely well, and this second one turned out even better. I don’t think there’s too much of a difference between Europe and the States when it comes to our supporters. In any case, anyone involved in the shows in whatever way was extremely friendly and helpful. Especially Worm Ouroboros turned out to be life savers. It was great. As to your earlier question, well, in general terms the live approach has changed tremendously over this last decade. I mean, at the start of this project there was none at all. And now it’s an actual live band, it’s sort of a rock band right now. It keeps changing still. So it’s basically gone from not even considering to perform these songs in any way to doing a world tour. With various changes inbetween. It’s been quite a journey. But I don’t feel like I’ve arrived at anything permanent yet. I guess that’s not the idea of it all, anyway. 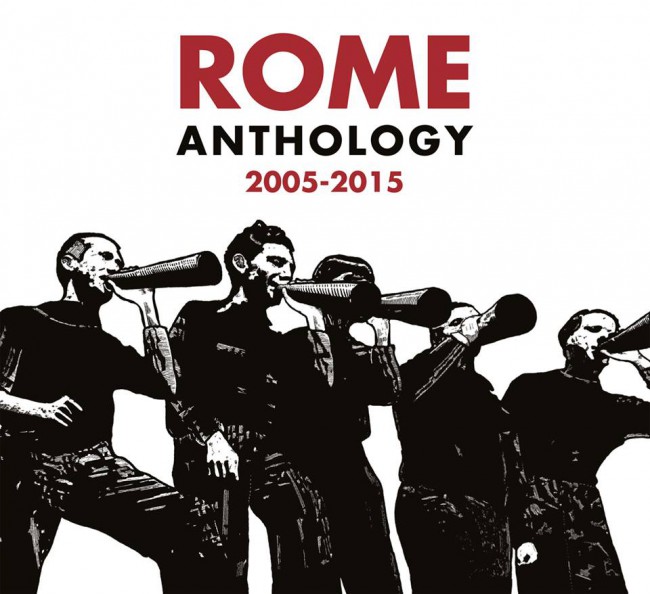 “The Accidents of Gesture”
JR: That’s actually one of my favourites to perform live. It just has this great built-up that works pretty nicely on stage to. It’s also our warm-up song. It’s the first song of the set. On festivals with very short change-over times we also use it as live soundcheck, haha. While writing Flowers From Exile, I felt like I had already told the whole story with that opening song… I think this was indeed the first song I finished for that one. It felt like a good start, though.

“Querkraft”
JR: That’s one of those songs I reworked from earlier versions I had with other bands. I wrote that song before I started ROME. But it felt so important to me at the time that I took it over into Rome. Nowadays I don’t really like it that much anymore. I guess I just played it too many times in the last 9 years or so. The live version still sucks if you ask me. It’s one of those songs I guess we just really HAVE to play. It’s just not right yet…Maybe after a few more years of playing it, haha.
The original song was about breaking up with the most important woman in my life… This is where it gets too personal.

“Reversion”
JR: That one I really like. And I still love playing it live too. It was written around the same time as Querkraft, but it has a more universal kind of despair to it, haha.

“One Fire”
JR: This is fun live. The chorus is basically Shakespeare and feels good. As straight forward as it gets, I guess.

“Neue Errinerung”
JR: One of my personal favourites too. I just like the atmosphere. I have no idea where that came from. My guess is it was after reading some Genet. So quite the cliche song in a way.

“Pornero”
JR: For the life of me, I really can’t publicly comment on that one.

“The Torture Detachment”
JR: That’s probably one of the few songs that really work for me. Even after all those years. They don’t come along too often.

“A Legacy Of Unrest”
JR: That’s our feel-good song. Every band needs one like that.

“My Traitor’s Heart”
JR: That one is still very new to me. I don’t really know. I recorded it for this special edition of A Passage To Rhodesia, did it in one day and sent it off to the pressing plant the next day. I never really thought about it until it got time to compile this, but I feel like it’s important for some reason. Maybe it’s just because this one was done at the new studio where I’ll record the next two albums (at least). It served as a test too. Since I liked the results of that collaboration with this new studio engineer, I have kept going there in the last few months to start new work. It feels like a new beginning now. So it marks the end of that first decade to me personally.

“L’assassin”
JR: I was actually moved to tears when this was done. Not because of the strings but because of this French guy’s Brecht quote in the middle of the instrumental bit… I hope it somehow translates into the general mood of the song even if you can’t really grasp it… 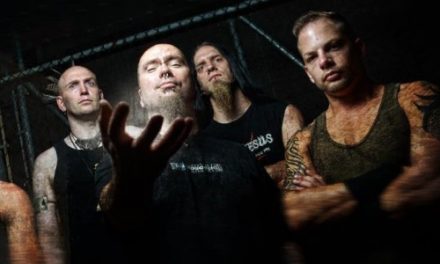 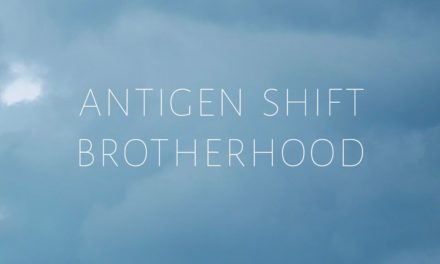 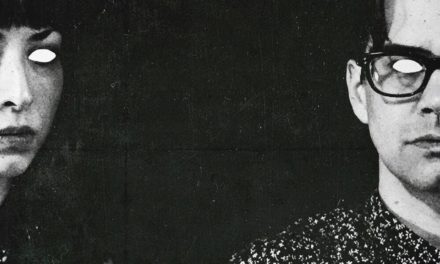 An Interview with Animal Bodies