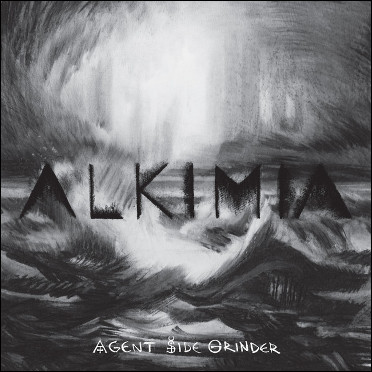 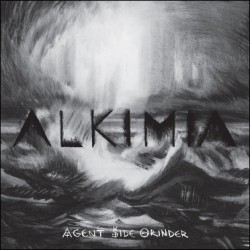 Most modern post-punk is deadly boring, largely because the new bands that take up its banner are more concerned with slavish recreation of the genre’s most notable acts then staking their own claim to a given sound or interpretation. That’s never been Agent Side Grinder’s problem; the Swedish five piece led by the gravelly voiced Kristoffer Gripp have been doing their own thing all along, from their early industrial influenced material through 2012’s exceptional classic-modern synth record Hardware. Where that LP really showcased the group’s capacity for smooth Kraftwerkian electropop, their latest Alkimia swings back in a grittier direction, emphasizing tension and release dynamics and coarser analogue textures above all else.

While they have their share of upbeat dance cuts, the personality of ASG has always come through in their mid-tempo numbers, especially where the programmed drums and bass guitar act as underpinnings for Gripp’s baritone delivery and the tapestry of synths and tape loops that carry their airier melodies. That works especially well when record leans towards the melancholy; this band is no stranger to wistfulness, but Alkimia‘s best moments fall into that emotional spectrum. “Giants Fall” uses its rhythmic assets perfectly, keeping the song’s emotional choral sounds and distant chorused leads out in front without succumbing to soppiness or the excessively dramatic. Similarly lead single “This Is Us” is as affecting as any number they’ve ever written but uses a spritely beat to offset the heaviness of its emotional content from dragging it down. The latter is also one of the few times that the dreaded Joy Division comparison every post-punk band has to endure is accurate for Agent Side Grinder, although certainly not to its detriment.

Another contrast with Hardware lies in how Alkimia‘s mix and instrumentation communicate its mood. The latter’s cleanly delineated sound, with each instrument taking its own spot in the mix pushed the clean synth melodies to the front of much of the record. Alkimia, with its oozing atmospherics and instruments bubbling into each other’s comfort zones, couldn’t be much further from that. At first, the sheer doomy heaviness of the dead-simple bass riff of “New Dance” is allowed to sit straight in the middle for most of the track, with weezing synths only cropping up around the edges to provide some nervous tics. Synths do take the place of the bass on the choruses, but the instrumentation sits so tightly packed that it’s almost impossible to tell who’s at the wheel at any given moment. Oddly this feels like a technique that holds more in common with the likes of newer acts like Soft Moon than the classic post-punk acts the record ostensibly holds closer to. Even a more traditional tune, like the riffy opener “Into the Wild” has a blurry wooziness which just wasn’t in the playbooks of The Comsat Angels or The Danse Society.

Sinister, although not uniformly so, Alkimia benefits from an abbreviated run-time (less than forty minutes), and an arresting aesthetic which should grab newcomers for its cohesion as much as it does long-time ASG listeners for its break with tradition. Naming it as their best release to date feels somewhat premature, but there’s no question that Agent Side Grinder have raised the stakes of their own game in both sound and dramatics. Strongly recommended. 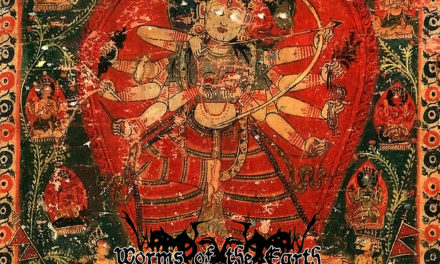