The ID:UD Dozen: 12 Reasons to Come to Aftermath

Let’s try this again. That’s a theme that’s been running around the HQ a lot over the past month as we work on our end (small as it may be) of putting the Aftermath Festival on in the wake of Kinetik’s disintegration. That Sisyphean mantra also applies to our work on the blog itself, with previous preview pieces on Kinetik now rendered moot. But we didn’t go from being a totally unknown industrial blog to being a mostly unknown industrial blog by being afraid of putting a shoulder to the wheel, running up that hill, or setting our nose against the grindstone, so let’s head back to square one and make the case for why you, the cultured yet wary industrial globetrotter, absolutely need to be in Toronto for Aftermath later this month. (Disclaimer: Don’t take the six band names listed below as a circumscription of our interest in the music. We’ve chosen them primarily to showcase the range of styles Aftermath has on offer. Also, go check out the great write up of 10 must-see acts Industrial Strength Nightmares put together!)

ESA
No slouch when it comes to powerful and memorable performances, we’re as excited as can be about Aftermath’s inclusion of Jamie Blacker, aka ESA! We’ve thoroughly enjoyed his recent efforts (a high-concept series of noisy and orchestral records about ‘carnal empowerment’), and having seen him play live in a few different roles (including as a member of iVardensphere, with whom he’ll be doing double duty) we’re keen to see a whole new audience who might not be familiar with his oeuvre get pushed back a few steps by the intensity.

Phoenix Concert Theatre
You’re a seasoned veteran of scene happenings, and you know the score: most industrial shows don’t happen in nice bars, much less exceptional ones. Given that, we think one of the coolest things about Aftermath has been the fact that the Friday, Saturday and Sunday nights will all be happening at Phoenix, a fantastic Toronto venue known for hosting mainstream, alternative, and metal acts from Capital Cities and 2 Chainz to Deerhunter and Trivium. It’s a classy joint, easily accessible via transit and c’mon, you wanna see The Gothsicles play on the same stage that The Rolling Stones, Prince, and The Ramones have played, don’t you?
Ayria
The last act to be announced as part of the Aftermath line-up was none other than Toronto’s own Ayria. Despite being something of a road warrior (we’ve lost track of the number of tours she’s embarked on in recent years), local shows are apparently something of a rarity for Jennifer Parkin, so this’ll be a great chance for Torontonians and us out-of-towners to see how the electro-pop feels of last year’s Plastic Makes Pefect translate to the live stage.

Forging and Renewing Friendships
We’ve said this several times before in reference to Kinetik and Terminus, but that’s because it’s universally true: a huge part of what compels us to book time off work and shell out airfare for North American festivals is catching up with friends, new and old. As encouraged as we are by the renewed strength of the state of affairs in Our Thing, it’s still a small enough scene that no two people’s Bacon Number exceeds two or three: everybody knows someone who knows everybody else, the bands are hanging out with the attendees as well as each other, and friendships are made fast. Each year we get to meet people in person we’ve connected with digitally through ID:UD, and each year we get to catch up with our extended festival fams. Come say hi: we’ll be the bearded guy and the tall guy in the ballcap talking animatedly about industrial.
Wychdoktor
A relative newcomer to the scene, Ed Reeler’s Wychdoktor made quite an impression with the project’s debut last year. Chock-a-block full of brooding atmospheres and explosive percussive breaks, it was a record which we were proud to count as Canadian and also made us curious about its transportation to the live stage. When the charter member of the Ottawa Industrial League takes the stage, we’ll have our answer.

Downtime in Toronto
Now, we don’t want to wander into the middle of the ancient Habs/Leafs rivalry, but for all of the unforgettable times we’ve had tearing it up in Montreal for Kinetik, the idea of taking Industrial Summer Camp to fresh new territory is exciting. For our American readers who might be unfamiliar with it, Toronto didn’t become the continent’s fourth-largest city by having a dearth of things to do. No matter what yr extra-curricular interests might entail, there’s something to keep everyone busy and happy while waiting for doors at Phoenix to open. For our part, we’re hoping to find a few hours aside from organizational duties to put in craft beer time at Bar Volo, browse comics at The Beguiling, and hopefully even catch a Jays game, but whether it’s restaurants, museums, or shopping that you need to check during yr Aftermath downtime, Toronto has you covered.
De/Vision
De/Vision are still at it, and still making a distinctive, European style synthpop all their own. To have a career last as long as this project has, and for them still be making albums as good as their recent Rockets + Swords should be a selling point all it’s own, but if you needed additional incentives consider this: 25 plus years in the game, and still drawing large live crowds and playing the biggest of the big Euro festivals. If that doesn’t speak to the enduring power and value of what they do, we don’t know what does.

The Community
If nothing else, take this away from this article: Aftermath is happening because a ton of people, promoters, bands, DJs, designers, bloggers, and most importantly fans got together to make the best of a bad situation. Long before any of this started to take form, the community for which it exists had taken matters into its own hands, assembling to figure out what could be done to fill up the cancelled Kinetik dates. That’s ultra-important, the idea that if there had been no community to serve there would be no Aftermath. This is bigger than any one person or band:, it’s about our scene and what we can all accomplish when we put our minds and our backs into it.
Suicide Commando
Johan Van Roy never played a single show in North America ’til 2011, and as witnesses to that momentous occasion we can say that Suicide Commando delivers when he hits the stage. His manic (some might say maniacal) level of energy live is surely something to behold, especially when paired with his deep catalogue of hits; “See You In Hell”, “God Is In the Rain”, “Time”, “Death Cures All Pain” and dozens more, friggin’ “Hellraiser” for Christ’s sake. It’s a rare opportunity to see one of Our Thing’s evergreen artists tear it up on this side of the Atlantic, at a price that you’re unlikely to ever see again. Speaking of which….

The Price
What if we were tell you, in the abstract, that you could go to see a four day industrial festival featuring 24 local and international acts, and that it would cost roughly the price of a movie ticket each night? Would that be something we could interest you in? Well, you’re in luck friend, as each night of Aftermath is $15 Canadian if you buy now, $20 at the door if you slack off. That’s the set price for EVERY night. It’s a ludicrous bargain any way you slice it, so why don’t you seal the deal and get ’em right now. They’re selling like hotcakes, and hotcake sales have been brisk.
Displacer
It’s been a number of years since we last caught Michael Morton live, and he’s consolidated his IDM don chops quite well since then, both with his Crime League label and with his long-running project, Displacer. Running from ambient to dub to technoid, Morton infuses all of his work, from his last LP to his recent collab with Keef Baker, with a contemplative warmth that has no peer. We’re psyched to see him take the stage on his home turf, especially with rumours of a special guest joining him for his set.

Be a Part of Something Special
We’re aren’t saying anything shocking when we remind you that Aftermath is growing out of a pretty lousy situation. We were long time boosters of Kinetik, and to hear that the Canadian institution was not gonna happen this year, especially so close to the date of, well, we were vexed. For all the hard work and good will that is going into it, that Aftermath is happening at all in this timeframe is basically a miracle. We want to see you there celebrating with us as we snatch a god damn industrial music festival from the jaws of defeat. Don’t miss your chance to be part of one of those “once in a great while” stories.
AFTERMATH Festival is presented by Darker Side of Light, I Die: You Die, iVardensphere and 132 Productions. Full line up and ticket information can be found here, or by searching “Aftermath” on Brown Paper Tickets. 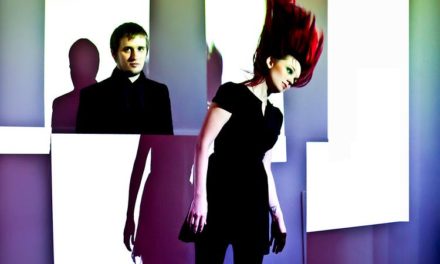 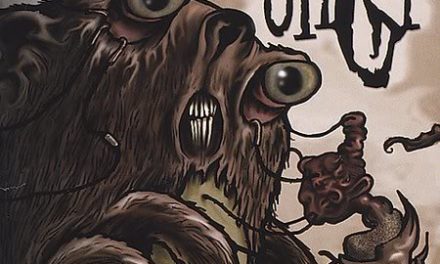 We Have a Technical 111: gohGrt