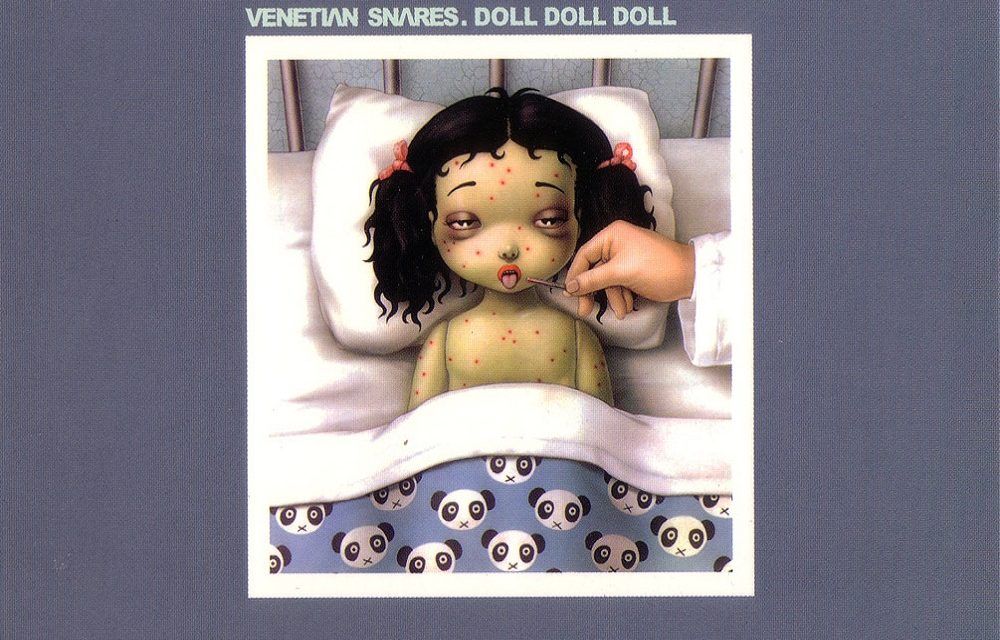 It’s been almost half a year since we’ve done one, but The Pitch is back! This is an article where one of our senior staff members tries to sell the other on an album they haven’t heard but that they might enjoy. This time out we’re having a listen to a breakcore classic, associated with Our Thing via it’s release on Ant Zen’s sub-label Hymen… 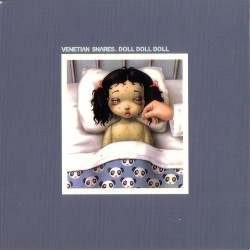 Alex: Holy fuck, this record still kills me. When I first heard it I wasn’t necessarily sure what to expect, despite knowing that Aaron Funk was a Canadian artist (hailing famously from Winnipeg no less) I didn’t really have much background in jungle or ragga or any of the other genres that contributed to the genesis of breakcore. Imagine my surprise upon first hearing “The Dollmaker” where jazz breaks were cut against Apocalyptica’s cover of Metallica’s “Harvester of Sorrow”, punishing sub-bass, and some particularly violent imagery lifted from Sway and Tech’s legendary posse cut “The Anthem”. Even for an album themed around one of the few real taboos remaining (child murder, natch), it seemed sick, unruly and vicious, but also calculated and exacting. It’s a distinctly musical record: even in the orchestrated chaos of chopped drums and samples, there’s a kind of methodical approach to structure and melody. It made me a fan of Venetian Snares for life, and although he would never again be quite so sonically brutish and callous – with the exception of the companion release Find Candace – I also feel it set the stage for much of his later catalogue. I’m pitching it to Bruce on the basis of its sheer darkness and highly technical construction, a mixture that I think might appeal to him in the same way a lot of black metal does.

Bruce: Unlike Alex, I never got into breakcore to any real degree while it was first sweeping the net like a plague of digital locusts. Like digital hardcore before it, much of the media coverage and early paragons of the genre seemed bent on pure aggression and declarations of total sonic revolution. I’ve nothing against such vulgar displays of power in theory, but timing is everything, and if you’re not feeling particularly angry at the aesthetic sacred cows these genres aim to slaughter, or at the world in general, it can be difficult to muster much excitement for the new enfants terrible.

I’ve heard plenty of Aaron Funk’s tracks over the years, but without much sense of where they chronologically fit into the development of his sound. I did catch Venetian Snares live once, and while it was plenty of noisy fun I don’t remember anything outside of the “jungle in a food processor” and hairpin time signature change associations I already had with breakcore. Whether that was a product of Funk’s work at the time or simply giving the jacked up crowd what they wanted, I don’t know, but Doll Doll Doll thankfully shows how much more Venetian Snares is capable of.

Right from the get go the metallic breaks of “Pygmalion” are offset with Schoenberg-like atonal piano. It’s as if the raw attack of breakcore’s finely sliced samples are being cast in cold juxtaposition to other schisms of musical convention. The skittish, quick skips in beat and punctuation produce hesitation and questioning rather than sheer mindfuck. That’s a technique that’s carried on in the best of Doll Doll Doll in my estimation, as on the gloomy, gothic jungle of “I Rent The Ocean” and “Dollmaker”, where jazz and cello samples stew alongside the abrasive cuts.

The pure clatter of “Pressure Torture” makes breakcore’s origins as a tool for the deconstruction of extant techno subgenres techno abundantly clear, but for my money it lacks the structural complexity of Doll Doll Doll‘s more developed tracks; the counterpoint between the breaks and other layers is forsaken for pure clatter. Thankfully, closer “All The Children Are Dead” finds a nice synthesis between this manic violence and more considered programming, breaks storming while buzzing drones glide up and down steel skyscrapers. It’s also on “All The Children Are Dead” that the connections between Funk’s work and the rest of Hymen’s millennial roster can be most clearly heard, coming close as it does to the mad genius of Beefcake.

The comparison Alex makes to black metal seems particularly apt. For all of that genre’s nihilistic rejection of everything which came before which was deemed wanting (very much in the same vein as that discussed above), the first wave of black metal does feel like a “you had to be there” phenomenon, with a few notable exceptions (Bathory, Darkthrone). Rather than those initial blasts of “fuck you”, what’s kept me returning to black metal are those albums which have taken the freedom afforded by those initial bombing sorties on metal conventions as an opportunity to explore new terrain. In its best moments, that’s exactly what Doll Doll Doll seems to be doing; grinding out brutal passages tinged with a more contemplative melancholy.