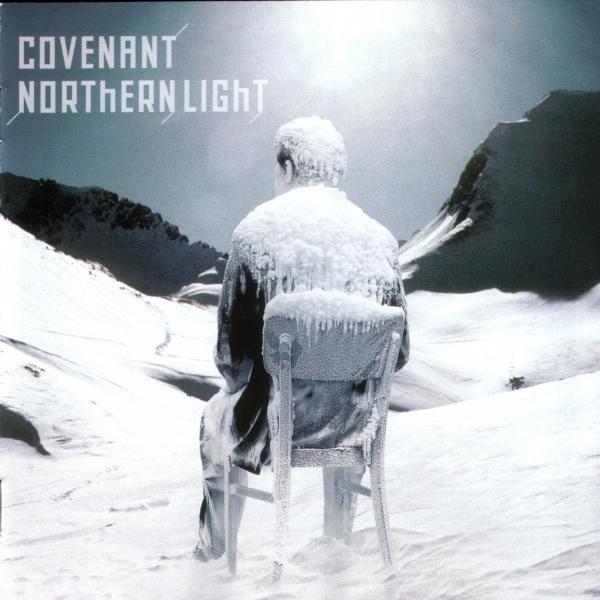 In Conversation is a feature in which the senior staff talk about a recent record we’re listening to. Not exactly a review, it’s pretty much exactly what it says on the tin: two music nerds having a conversation about an album with all the tangential nonsense, philosophical wanking, and hopefully insightful commentary that implies. We’re getting a tad reflective with this installment, listening to a landmark record in the history of our thing on the occasion of a decade passing since its release. 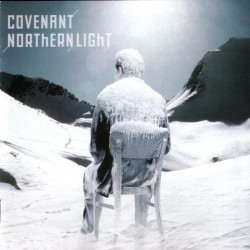 Alex: Ten years since Northern Light came out, good lord. Back when we were first doing a music blog (the almost instantly defunct Inner Ear Infection) I remember we were going to write a piece like this about Europa for its 10th birthday. Time flies when all you do is listen to records, I guess.

The thing I remember thinking about this album before its release was that it was the biggest and best chance for a band from our end of the pool to break through to a wider audience. They were signed to a Sony sub-label, were working with a name producer (Jacob Hellner, who helmed records for Rammstein and Apocalyptica) and the band were riding high on the comparative popularity of futurepop and a string of end to end classic platters. I don’t think this record did ever bust-out the way folks expected it might which almost counts as a strike against it; if United States of Mind was the definitive moment in the development of EBM with pop-appeal, than Northern Light was the heir apparent, a successor so geared for non-industrial fans to be able to access it that its failure to break out of the ghetto of Our Thing lends it the air of failure. So ten years on, with those expectations forgotten, how does it sound to you? As an album I mean?

Bruce: I’d say that Welcome To Earth was a lot more naked in its extra-industrial demographic ambitions, but to be perfectly frank I’d much rather that whatever crossover audience was possibly in the cross-hairs heard Northern Light than Apop’s equivalent of Metallica. Hell, maybe I’d rather them hear Northern Light than United States Of Mind. For all of its pop softballs lobbed right down the middle of the plate, I feel that newcomers might have better luck triangulating the roots and range of EBM (as well as Covenant’s sound in particular – I’d forgotten how much “Call The Ships To Port” sounds like “Figurehead”) with this record than United States‘ trance indulgences, no matter how strong the returns.

Anyway, to your question: Northern Light never really fell too far out of reach for me as a club record, so I’ve got very close and clear memories of how a handful of its songs function in terms of pure dancefloor utility, but it’s been quite a while since I gave it a back to front listen. Aside from the mainstream polish I’d like us to get back to, what sticks out for me most is how transitional it feels, with plenty of tracks pointing to Covenant’s past as well as what we’d later learn would be its future. There’s the aforementioned “Figurehead” feel, “We Want Revolution”‘s callbacks to “Dead Stars” (minus trance leads), and “Rising Sun”‘s submerged house which somewhat reminds me of “Helicopter”. Looking forward, “Winter Comes”‘ minor-key, rubbery synth stab feels very much like an attempt at getting a Haujobb-style sound before Myer joined the fold, and in retrospect the overproduced pitfalls of Skyshaper can be found in the balladeering indulgences of “Invisible & Silent” and “Atlas”.

Alex: I’d concur with that assessment. There are definitely hints of the proggy sounds of Skyshaper and Modern Ruin to be found on “Scared” and “Rising Sun” as well. I don’t even think it’s necessarily those sorts of ambitious, noodly ideas that sink those albums in a lot of folks’ estimations. With the benefit of a few years and some historical perspective I’d suggest that what they lack that Northern Light has is a focus on the upbeat, clubbable numbers. Fully half of the album made it to DJ playlists globally by my recollection, something I don’t think any of their other records quite achieved. Like, nothing on it has the ubiquity of “Dead Stars” or “Stalker”, but I know I’ve danced to non-single cuts like “We Stand Alone” and “We Want Revolution” in cities across the continent.

On that tip, the album has two songs I think are amongst Eskil and company’s best; “Bullet” and “Monochrome”. Neither of them really fit into the mold of the band’s classic “big” songs (“Call the Ships to Port” does, and I think is actually far less memorable for it) but both have downright incredible production that speaks to the budget and Hellner’s touch as a studio guy. The synth lead on “Bullet” for example has always reminded me of some of the weird ultra-processed guitar stuff The Edge was doing on Achtung Baby and Zooropa, I actually can’t think of anything else I’ve heard before or since that sounds like it. Even more subtly though, listen for the weird screechy synths located at the back of the mix during the “We are the ones/The dying ones” bridge. I don’t know that I’ve ever even thought about them before, but they’re as much a part of the song in my memory as the piano lead on the chorus and Eskil’s voice on the verse. Speaking of Eskil’s voice, I’ve been thinking about it, and I think part of what makes “Monochrome” so amazing is him ramping up from this very understated delivery at the beginning of the song to the this huge, iconic break-out at the climax. You got any thoughts on that?

Bruce: Yeah, you really can’t front on those two tracks. “Bullet”‘s synths tread a line: in part a classic, crawling Covenant groove that gets stuck to big bass kicks, but you’re right, the over-produced (in a good way) fuzzy tone they have also sounds like “Even Better Than The Real Thing”. I had to specifically listen for the bridge synths you were talking about, and I admit that I don’t think I’d ever consciously noticed them before, perhaps because I always concentrate on the sudden vocal filters. “Bullet” is just a great track, full stop, though: the vocals and lyrics, the great mix between those fuzzy synths and the big clean piano notes, the breakdowns, a deft key change… It’s because of tracks like this that I have no problem with Northern Light being an ambassador for Our Thing, crossover concessions or no.

I think “Monochrome” is important to listen to closely as the lead track and gateway to the record’s overall aesthetic. We’ve talked previously about how Covenent are the equivalent of Slayer in our “Big Four Of Thrash/Big Four Of Millennial Futurepop” pairings in that neither band has ever released a record which didn’t immediately and thoroughly sound like Covenant or Slayer. So, “Monochrome”‘s title, wavering low-alarm synths, and Eskil’s deadpan vocals start out and instantly make you go “Fuck yeah, another Covenant record!” The almost two-step beat makes you think you might be in for some “Tension”/Europa-style minimalism, but all of these new, much richer and melodic sounds start around the middle: those big, major-key synth sweeps, the backing vocals, the warm, Moogish keys. It’s also important that that’s pretty much where the song stays, rather than clicking back for another minimal verse or chorus. It’s a much more rhapsodic structure to a song than you’d expect from a band so committed to consistent four-on-the-floor work. You go into the rest of the album expecting a balance of pure beat n’ bassline work and these more wide-open, experimental passages, and on the whole that’s what you get.

Conversely, there are a couple of pretty static and blocky numbers. I think “We Want Revolution” might be the worst offender in that regard. I’d forgotten how heavily up-front Eskil’s vocals were in the mix, covering over what little changes do take place in the undistinguished synth tracks, and the kick just feels flat. I seem to remember DJing it a lot at the time, but haven’t done so in years, while I’ve kept “Monochrome”, “Bullet”, and “We Stand Alone” closer at hand. “Call The Ships” might not feel as groundbreaking as “Monochrome” or “Bullet”, but at least it’s pretty dramatic and dynamic. Why doesn’t “Call The Ships” work for you, and what do you think of “Revolution” ten years away from club play?

Alex: I don’t dislike “Call the Ships” as a rule, although I think in the grand scheme of Covenant singles it doesn’t stand out. I’d put it somewhere ahead of “Brave New World” and behind, well, pretty much everything off of United States of Mind. It’s fine, better than a lot of other bands’ best, but still not that exciting, in spite of being one of the best sets of lyrics borne from Joakim’s preoccupation with boats and the sea (see: “Figurehead”, “Leviathan”, “Shipwreck”, probably a few others). “We Want Revolution” is notable at least for being structured like a song from Europa, all Kraftwekian techno-pop by way of EBM, although you’re right, it’s too staid and ultimately rooted in place to ever achieve the buttery-smooth heights of that LP. “Scared” might have been a better throwback to that sound if it wasn’t so long.

So with a whole damn decade of time to get to know it, what role do you feel Northern Light plays in Covenant’s pantheon of albums? I think it’s sort of overlooked as a body of work actually, with people remembering its component songs rather than the whole. I mean, before we decided to sit down and write this piece I couldn’t tell you the last time I put it on, but it must have made an impression considering how familiar it feels. Is it the quintessential mid-period record, the point where experimentation gives way to craft in a band’s evolution?

Bruce: It does feel like a mid-period LP, but more one that was a launching pad for two more experimental albums of varying quality, especially after the comparatively structured genre exercises of Europa‘s metropolitan EBM and United States Of Mind‘s trance to the sun. It’s interesting to wonder what would’ve happened if that truly massive crossover success had been reached, even if only in Europe (of the order of, say, Unheilig if not Rammstein). Would Covenant have pressed forward from Northern Light‘s more symphonic ambitions, as they did on Skyshaper (a move for which I’ll always respect them, despite that album’s shortcomings)?

I have to say that, perhaps apart from the “we are the world” vibe of “Invisible & Silent”, it’s a record whose ebb and flow holds up pretty well with a decade’s distance; in addition to being the most heavily produced Covenant record, it might also be the most well-balanced. While I can’t imagine it ever replacing Europa as my favourite of their releases, it might still be the best first listen for those new to the scene and keen to find out what all the fuss over these dapper Swedes is all about, even a decade on. 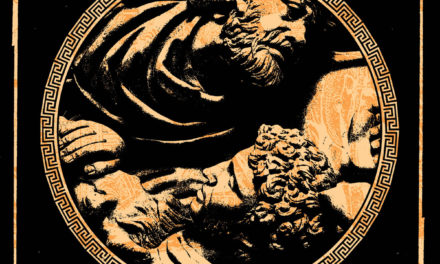