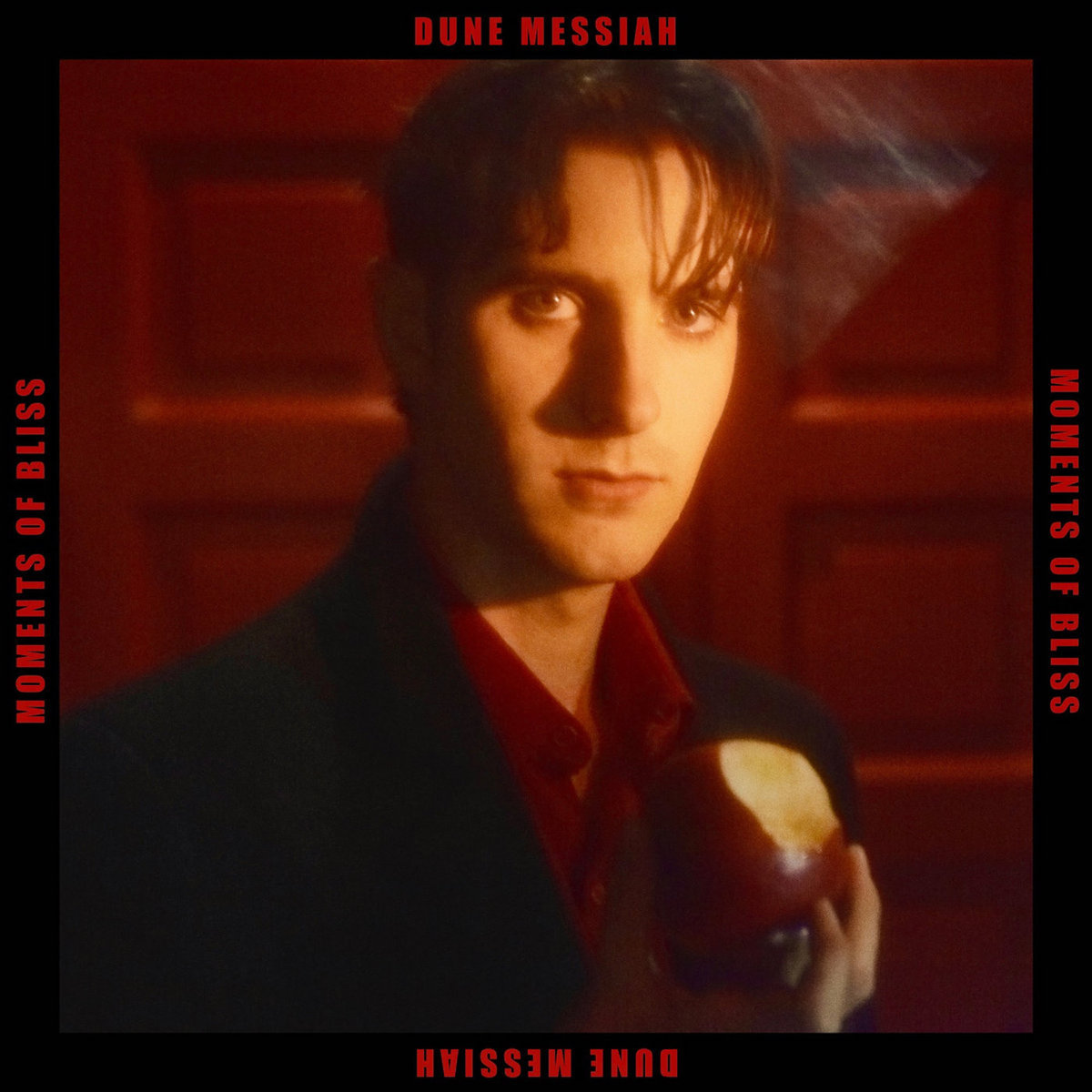 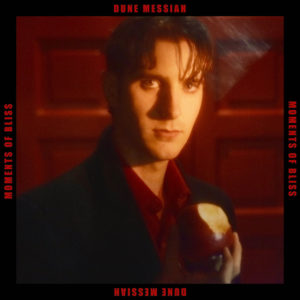 Magnus Westergaard’s music as Dune Messiah fits neatly into the middle-ground of trad neo-folk and dusty Americana occupied by acts like King Dude, Spiritual Front and Cult of Youth. Like those acts, Westergaard leans heavily into the strummy rock type arrangements, ornamenting his songs with extensive strings, horns and percussion to give them the appropriate gravitas. The tracks on his sophomore LP Moments of Bliss show Dune Messiah has studied his influences extensively, but is still defining his own musical identity.

The genres Dune Messiah works in tend to favour very personal sorts of songwriting, and consequently you spend a lot of the time listening to Moments of Bliss one-on-one with Westergaard, or at least with the persona he projects. Opener “Silence and Surrender” does a good job of establishing him in this regard, with propulsive guitar and wild strings backing up his down-at-the-heel scoundrel act, all delivered with a Nick Cave-esque wink. Songs like the lighter and more trad-folky “Broken” and the dirgey “The Blizzard” show him modulating somewhat, stubborn and resolute on the former, and gripped by a deep, melodramatic despair on the latter.

While they may not be the biggest and most immediate songs on the record, the numbers that show the most promise are the ones where you can hear Westergaard giving himself over more openly to his songs as a performer. While the stormy “The Black Stallion Horse Of Commerce” nails the anthemic murder ballad sound (complete with Spaghetti Western guitar) that Dune Messiah reaches for, it’s less affecting than “Black Seaweed”, where he delivers his lyrics in gentle monotone backed by heavy thudding kick drums before a lovely chorus blossoms outwards from the verse. Similarly, the charming “Dreaming Away” finds the middle ground between affectation and sincerity; the song’s sizzling violin and walking bassline feel arch at the outset, but Westergaard finds himself within the arrangement and ends up delivering one of the record’s most sincere performances.

As an LP Moments of Bliss has some quite good songs, beholden as it is to the ur-sources that it draws inspiration from. When Magnus Westergaard finds that balance between the genuine and the performative sides of his voice as a writer and performer it shows great possibility, signposting fresh trails he may soon travel down.