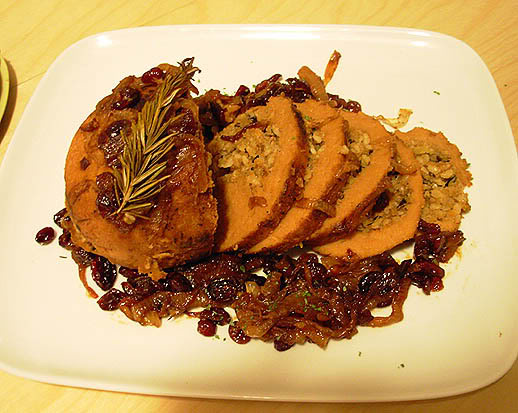 Happy belated Thanksvegging from the Frozen North, y’all! As we sit holding our stomachs in absolute agony from ridiculous overindulgence, we can’t help but feel thankful for a few things. Firstly, and most germanely, thank you for your continued tolerance and support of our tomfoolery here on ID:UD. We know you’re busy, and we appreciate that you let us do the internet equivalent of yakking in your ear for hours on end: you’re pretty much a saint to put up with it. Secondly, we’re thankful for all the great new music we’ve been blessed with, both that we’ve already heard, and for that which is still forthcoming this year. There aren’t enough hours in the week to write about everything we’d like to cover here, but that’s a problem we’re happy to have. Let’s get to it! 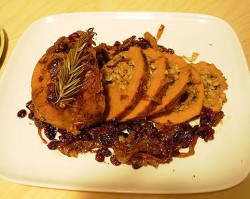 Hell of Tofurkey food coma going on at the HQ right now.

Greenlander, “Heavy Smoker”
LA’s excellent dark synth label Sweating Tapes is starting an all-industrial imprint, Negative Flesh. Awesome news, to be sure. They’re starting things off with a trilogy of EPs from midwest newcomers Greenlander, and whetting our collective whistle with a handful of tracks which won’t be on those EPs, but serve as a nice entryway to Greenlander and Negative Flesh’s aesthetics. Steely, impassive techno industrial of the type fashioned by Silent Servant, and we have an exclusive download of one of the tracks! Click here to download “Heavy Smoker”, check the vid for another tune, and read more about Negative Flesh and some events they have happening this week in LA.

Vanligt Folk, “Härdelsen”
By far one of the weirdest and coolest bands we discovered this year, Vanligt Folk continue to mystify the bejeepers out of us. A Swedish band who blend general indie aesthetics with industrial and electronic tropes isn’t a hard sell for us most days (see also: Agent Side Grinder), but there’s just something so odd and boundless in the way VF do it. We figure you could easily sell these guys to fans of Factory Floor or even The Knife without much effort. Hopefully this means an LP is on the horizon? We should really learn to read Swedish if our fantasy immigration plans are ever to come to fruition.

Die Sektor, “Nine”
Atlanta’s Die Sektor have come a long way from their pure aggrotech beginnings, with records like Applied Structure In A Void and The Final Electro Solution drawing from an ever-widening pool of influences and sounds with aplomb. They’re suiting up for another round, with (​-​)​existence dropping on DWA in a month’s time, and the preview tracks are a pretty nice showcase: EBM, electro-industrial, dubstep, trance, and yes, aggrotech, all surface in a noisy soup. Save a bowl for us.

Memmaker, “Manipulate”
It’s been pretty quiet on the Memmaker front for a while, but golly if we weren’t chuffed to hear a new song from them. Details are scarce on what they’ve been up to (well okay, Yann has been working with iVardensphere and Voster amongst other things), but a post from August on their Facebook page suggests that a new album is in the works. We’d be pleased with that: their 2008 debut was an instant hit with us and we still get it up for “Get Your Ass to Mars” and the remix of Alter Der Ruine’s “Relax and Ride It”. Techno-EBM done right, hard hitting, and floor filling.

Psyche, “If You Believe (Radio Promo Mix)”
Darrin Huss of Psyche, that classic Canadian export of synthpop and darkwave, is doing some housecleaning, with a release of archival mixes and B-sides, like this number from way back in the ’91. Say, has anyone ever drawn the line between Psyche and Light Asylum? Might bear further investigation…

Profligate, “From All Sides”
Profligate is a pretty funny name for this group; the minimal, austere vibe of the tracks we’ve heard from them is pretty much the antithesis of the extravagance conjured by their name. Delicious ironies aside, we’re intrigued by the lo-fi, difficult to pin down sound these guys are trading in: insistent grooves and fuzzy production paired with often mumbly vocals that fade in and out in appropriately spooky fashion. The Red Rope 12″ drops today on DKA Records: you’ll likely be wanting to check that out.