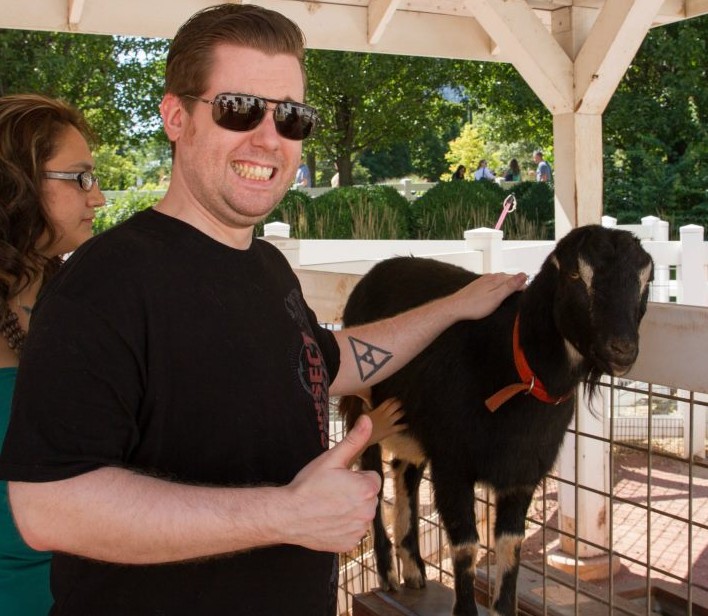 Storytime with Uncle Pathogen is our monthly Op/Ed column, written by friend of the site, the always outspoken and articulate Matt Pathogen. 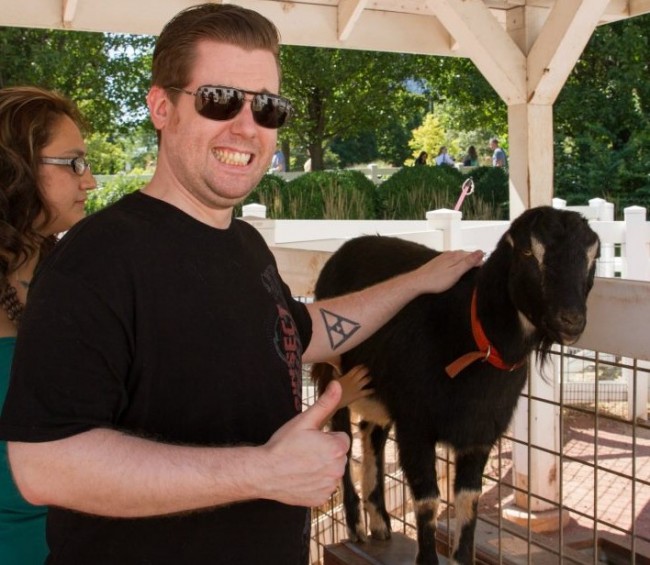 If you’re like me, you devote what is probably an unhealthy and hilarious amount of time to arguing about industrial music. This is generally not as frustrating as you might think; most of the time, the debates I end up engaging in are thoughtful, civil and generally enlightening. This might be sampling error on my part simply because I’ve placed a good deal of priority on being buddies with smart people who know how to stick to rhetorically-sound points, but after the Jairusocalypse last month, it strikes me that there are tons of people that like to talk about industrial music and have enough appreciation for their own intellect that they choose to do so without sounding like complete idiots. However, I’d be a fool if I denied that some startlingly dumb things get said about industrial music when the topic comes up. Here are a few things I hear on a regular basis and why I wish they’d go away forever.
1. “Industrial died in 19XX”
I usually dismiss most of these statements as being code for, “Industrial died when my goth boyfriend/girlfriend broke up with me and I got really bitter about our common interests,” because often as not, it turns out the people that make this statement just have a heck of a lot of baggage that they’ve decided to project onto music they used to listen to. However, the rest of the time it’s usually a statement issued by someone that is really sick of what industrial turned into (AKA, “Industrial died when it stopped wearing cowboys hats”). I get the frustration! I really do! There’s a whole lot of trends in industrial music that I really don’t like. However, making this argument overlooks a few really important aspects of music: one, that music is a form of art and, by definition, cannot be held to objective valuation, and two, that music doesn’t stand still.
What I mean by point one is that, well, you’re not the boss of music. Your tastes in music are subjective; your preferences can’t be universally applied. I really hate the whole hardstyle techno thing that’s been going on in industrial for a few years, but other people dig it, and as difficult as the urge may be to overcome, it wouldn’t make sense for me to just tell them they have no taste in music. Even if I feel like I know in my bones that it’s just absolutely awful, there just isn’t a valid frame of reference! I nor anyone else has the authority to tell you that music you like is objectively bad, and it’s best to just accept that differences of opinion will occur.
As for point two, just because you don’t like a genre, or what a genre turned into, or even what a genre started out as, that’s really all about you, not anyone else. If you don’t like what industrial has turned into, guess what! The stuff you like didn’t just vanish! You can still listen to it! Yeah, very few if any industrial bands are recording stuff that’ll sound like Lead Into Gold, but nobody is under the obligation to make music that sounds like a certain trend just because you wish that happened more. Furthermore, if industrial as a cultural thing isn’t doing much for you anymore (believe me, I had a pretty serious crisis of conscience when I walked into a club I used to go to all the time and saw Slipknot shirts and nu-metal cornrows everywhere), you have every right to make an exit. Nobody with enough brain cells to rub together is going to blame you for leaving a scene that isn’t satisfying you. But for Pete’s sake, PLEASE don’t be the person that spends all their time after they’ve left the scene subjecting everyone they know to years of snotty remarks about how much that scene sucked. Moving on isn’t moving on unless you move on. Good luck! Don’t be a dick!

2. “Industrial needs to get with the times and embrace the [variable] sound”
No, it really doesn’t. Look, when you get right down to it, industrial music came about because a bunch of Brits and Europeans really hated how popular disco was. Having said that, it is really weird when people make the bold proclamation that industrial must embrace the sounds of popular styles of music dubstep, hardstyle, electro, or whatever, as if not doing so will doom it to obscurity. You know what, I’m going to drop some bombs on this one: Firstly, one of industrial’s strength has always been its obscurity, because with mainstream success, the ability to be inventive and dynamic is deeply curtailed. Secondly, as many people have commented on before, when industrial reaches out to other genres, the exchange is generally one-way. Play The Presets at an industrial event and you’ll probably get a good reaction. Play Suicide Commando at an electro night and you’ll just get people wondering what the hell is wrong with you. Please don’t make the mistake of deciding that your likely-unrealistic dream of crossover success means industrial has to be dragged along for the ride.
Bear one thing in mind: I’m not saying that experimenting with other genres should somehow be forbidden. It would be dishonest of me to say that, considering how much I love Alter Der Ruine’s mutant electro-banger-cum-EBM-stomper formula. My problem arises pretty much when someone notices that making industrial music isn’t paying for their lifestyle and gets grouchy about it, thus deciding that there’s some kind of mythical path to profit that the entire genre absolutely has to take or we’re all doomed. You’ve chosen to make music catered to a scene for which one of the greatest luminaries is a guy that routinely dressed like the Egyptian god of the dead and taped raw meat to himself. If you think you’re going to achieve Tiesto levels of financial success doing industrial music no matter what it mutates into, you need a serious reality check. It is not the genre’s responsibility to alter itself to a form that will enable you to buy a villa in the south of Spain. Get used to being a network administrator and making music part-time like the rest of us, because there’s not an IOU floating around somewhere out there with, “Life owes Joe Gearhead a lifestyle of debauchery and fame” scribbled on it.
3. “Fuck the old school!”
Oh man. OH MAN. If I was a porcupine, I’d bristle like crazy when I hear this. Since I’m not, I’m just going to be mean on the internet. If there’s one thing someone can say that betrays them as a know-nothing dilettante about industrial, it’s got to be this. Now, I don’t say that as someone who believes that you need to possess an encyclopedic knowledge of your preferred style of music to claim you appreciate it; that’s why weirdos like the I Die: You Die staff are around! We obsess so you don’t have to. However, playing the smirking, puerile disrespect card means you just do not get it. Artist or consumer, if you think you can just wave a middle finger at the thirty-plus years of hard work, innovation, gutsy rebellion, thought-provoking social commentary, technological experimentation, and deeply personal experiences of the people that built the genre you’re now benefiting from, whether financially or socially, I must ask: Who the hell do you think you are? It’s this kind of contextual nihilism that people rag on hipsters for all the time; you know, the part where they co-opt other subcultures without any respect for what that subculture means below the surface, eventually reducing it to a soulless husk just to satisfy their own unrealistic sense of self-importance? Yeah, that thing. Stop doing that thing.
Note: If you think my thoughts on this are a little on the abrasive side, it’s because I find this statement just that infuriatingly witless. I regret nothing!

4. “My music is not/was never industrial,” when the reality is obviously otherwise.
Picture this: A person begins working on an assembly line, laboring away in obscurity every day, pumping out cogs or flywheels or motorized kumquats or whatever. After years of hard work and determination, that person works their way up to head of the assembly line, to foreman, to management, to executive, and on to CEO! What a success story! What an inspirational tale to tell all the other people on that assembly line! Until this newly-minted CEO goes on record in interviews calling the assembly line a dead-end that will never succeed and that all of the people still there that they worked alongside are idiots who should just quit. Thanks, asshole.
Yeah, it’s not a perfect analogy, since you can only really name a handful of people that have started off making industrial music and ended up being major musical heavyweights. However, I have regularly seen people whose claim to fame first started in making industrial music go on to smugly explain that their music was never industrial and they didn’t understand why the industrial scene ever claimed thusly. It’s this kind of self-loathing attitude that seems to never stop being en vogue in the industrial genre that I think is probably the most limiting factor that we as a subculture eventually have to face. Hell, I could write an entire op/ed on how the whole jaundiced, misanthropic view stereotype that seems to go along with being related somehow to the industrial scene is hopelessly immature and just needs to stop. In fact, maybe I will. MAYBE I WILL, INTERNET.
Anyway, there needs to be a renaissance of taking pride in the fact that you make industrial music again. This cuts both ways: both people who made it and stopped, and people who make it and don’t put in any effort. If you started out making industrial, rad! Aside from the typical internet trolls, most of us understand that artists experience an evolution and aren’t going to blame you if you spin off in your own direction. Don’t let those trolls make you turn from taking pride in your earlier achievements to heaping nothing but bile on your work and the people who loved it and respect your artistic integrity. You do both us and yourself a disservice. For those who are taking the path of least effort and refusing to grow as musicians, I hope I don’t have to point out why that’s an awful attitude to take. Treading water artistically is generally a good indicator that you’re not making art for a particularly healthy reason. If your lasting legacy is something along the lines of “Wrote three albums in a year, smeared fake blood all over self and attacked something with an angle grinder onstage,” you should probably try harder. 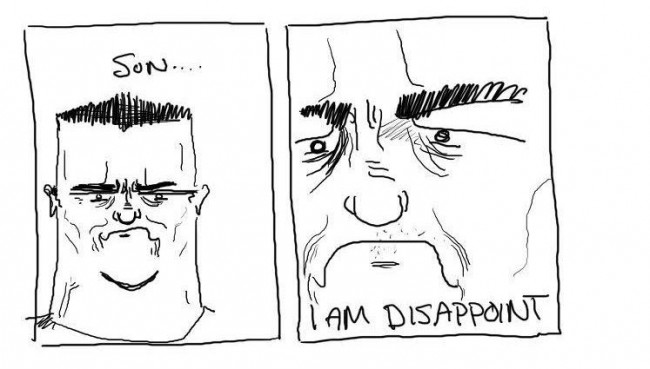 5. “What is industrial?”
Just stop.
Having spent the last dozen-odd years DJing all over North America, cultivating a nuanced and unabashed love for industrial, and analyzing the industrial subculture from an anthropological perspective, Matt Pathogen thinks he knows what he’s talking about. He’s more than happy to tell you ALL ABOUT IT. 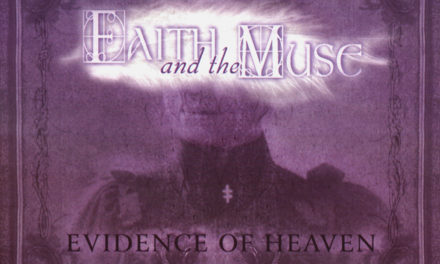 We Have A Commentary: Faith And The Muse, “Evidence Of Heaven” 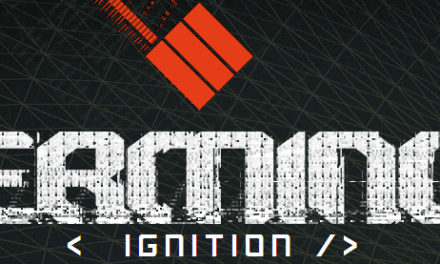 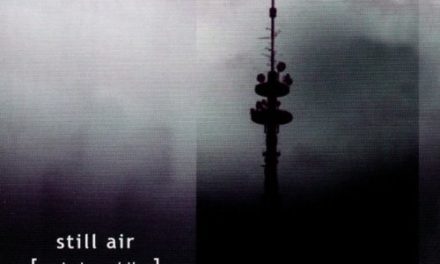 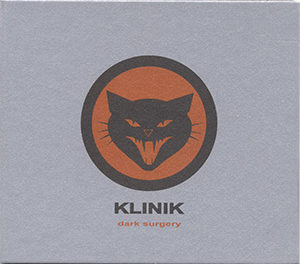