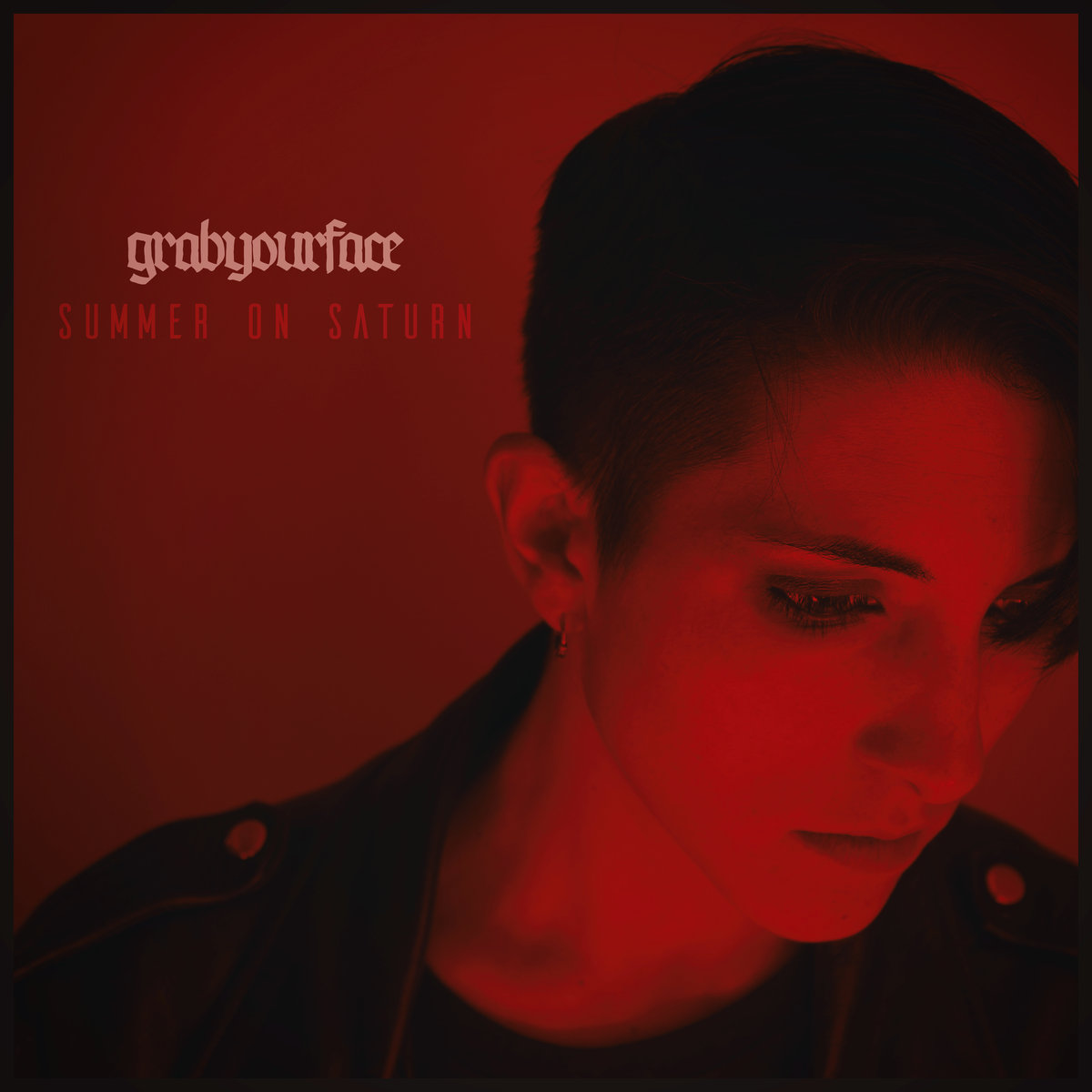 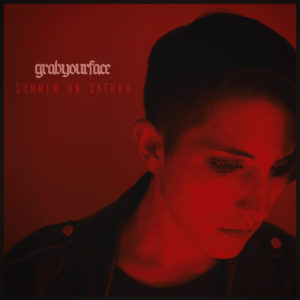 grabyourface
Summer on Saturn
self-released
Many people’s first exposure to Marie Lando’s grabyourface would have been the vocals the project contributed to “False Gods” on Covenant’s 2019 Fieldworks Excursions EP. Although not reflective of a gyf’s work as a whole, that track did convey a lot of the personality displayed on new three track EP Summer on Saturn. Where much of the project’s earlier work struck a balance between lo-fi industrial soundscapes and Lando’s own emotive vocals, the new material is edging ever closer to a slinky darkwave, albeit one with a harsher edge than you might expect. The title track feels very much in line with the earlier grabyourface songs, a burbling sequence that blurs in and our of focus and a simple kick snare drum pattern while Lando carried the entirety of the song’s mournful melody through verse to the sneakily intense chorus. “Pray” plays out quite differently, with distant crunching percussion and a subtle reverse psychedelic synth motif lurk through the stereo spectrum, the track growing more and more sinister with it’s “Pray that I don’t come for you” chorus” resolves itself. Third and final song “November” is the most emotional of the three, with a far more naturalistic spoken performance that expresses sadness and vulnerability, washing away some of the affect of the preceding songs with it’s simple arrangement of synth pads and textural washes. Good stuff from a project that seems to be gearing up for something much more high profile in the near future. 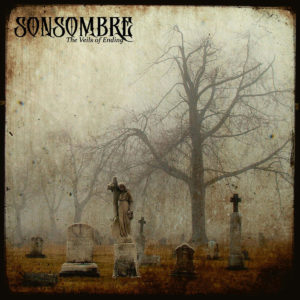 Sonsombre
The Veils Of Ending
Post Gothic
One-man Virginia act Sonsombre isn’t being coy: Brandon Pybus is unabashed in his presentation of classic goth rock, untouched by the ravages of time and trends. And if the fact that Sonsombre’s second LP is one of the flagship releases on the relaunched iteration of Finland’s Gothic Music Records isn’t enough to confirm the band’s dedication, a quick skim through any of The Veils Of Ending‘s ten tracks will cinch the deal. It’s driving stuff with a consistent hard rock core, standing astride both the first and second waves as well as the British and continental stylings of goth rock. Handy points of reference would include Nephs and early Nosferatu, though given the ouroboros that is trad goth rock, folks could likely name any number of more recent acts, similarly indebted. On the whole Pybus shows off a handy enough talent for grooves: both the easy ridin’ nodder of “Between” and speedier (in both senses of the word) numbers like “The Future Is Black” roll along with well-arranged ease, allowing just enough space for guitar flourishes. The vocals, as is the case with so many trad bands of this ilk, are the notable weak point: self-conscious McCoy and Eldritchisms yield far too much strained gulping, sacrificing both immediacy and the chance to add some personality and charisma to the tracks. The Veils Of Ending might have passed over our desk as a somewhat enjoyable if indistinct genre exercise were it not for the sheer strength of standout track “It’s Alright”. Instantly catchy and anthemic, its riffs measure up with the best of those of Sonsombre’s influences, and there’s something especially inspiring about its earnest and impassioned expression of solidarity with the darkly isolated and depressed. It’s hands-down one of the best goth rock numbers of the year, and its strength alone earns further investigation of the record on the part of those who just can’t get enough of this sort of recreationism (ourselves included).